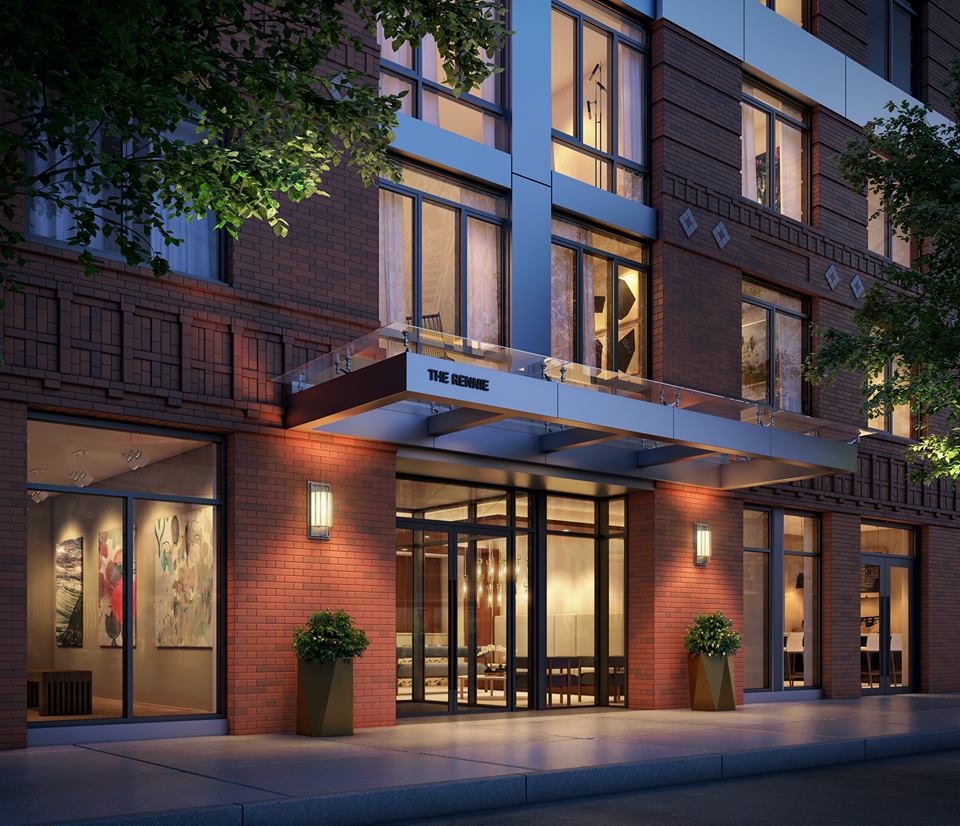 A condo building with price points that won’t make you cringe is about to launch sales in Harlem.

The Rennie has been built on the site of the former Renaissance Ballroom & Casino, the first new York City property designed, built and financed by African-Americans.

“The site has tremendous history,” said Meredith Marshall, president and founder of BRP Companies, which has developed The Rennie on Adam Clayton Powell, Jr. Boulevard at 137th Street.

“We saw pictures of the building with horse-drawn carriages in front of it.”

Built in 1921, the Renaissance Ballroom & Casino became a cultural centerpoint in the neighborhood and was known as “Black Mecca”. Jazz legends such as Duke Ellington and Ella Fitzgerald performed at the theater, and heavyweight boxing star Joe Louis fought there.

By the 1970’s, the building had fallen into disrepair and was shuttered. In the 1990’s, the City bought the property with plans to resurrect it as a theater. By the time Marshall and his team were considering purchasing the building, it had already been partially demolished.

“It had trees growing out of it and was basically torn down, with just some facade elements remaining,” said the developer, adding that if he had been able to save parts of the building he would have, but it was too dilapidated.

The Rennie is a 130-unit condo building that is one of the last projects to be approved under the former 421a framework. 20 percent of the building’s apartments will be affordable units.

Construction began in 2015, after BRP Companies purchased the building for $15 million. The project is expected to be completed by year’s end, and the team is gearing up for a sales launch by the end of June.

The Rennie will have a 24-hour doorman, children’s playroom, gym, rooftop deck, resident’s lounge, and resident’s garden.
“We are priced in a way that we believe will attract buyers from all over the city and outside of the city,” said Jeff Krantz, of the Krantz+Krantz team at Halstead Property Development Marketing, who is leading sales at the building.

Krantz and his team are doing preliminary showings at The Rennie and are taking a mostly online approach to marketing the project, with 90 percent of its budget going to online marketing and social media.

“We’re trying to redefine the standard that people can expect from new development in Harlem,” said Krantz. “Our campaign is exciting, vibrant, colorful and reflects current and future buyers we see and are going to see in Harlem”.
The sales team expects units to fly off the shelves, based on what they see as a lack of supply in the last four years of new development condos.

“We’ve had three buildings in the last three years [in Harlem] and sold exceptionally quickly. We expect to sell 100 units in a year and a half,” said Krantz. “Probably under a year.”

In addition to the condos, the building will have 17,000 s/f of ground-floor retail.

This is BRP Companies’ fourth condo building in Harlem, and the company has two others in the pipeline. One is a mixed-use affordable residential building at 841 St. Nicholas Avenue that will have 39 low- to moderate income units, and the other is a commercial building that will be the headquarters for the National Urban League.
With so much demand for reasonably priced housing in Manhattan, Marshall is confident that sales at the Rennie will be a breeze.

UN workers, actors, tech industry workers and students in medical school are all moving uptown, said Marshall. His company has found that 30 percent of buyers are international clientele, while many are residents who grew up in Harlem and want to either downsize or move up.