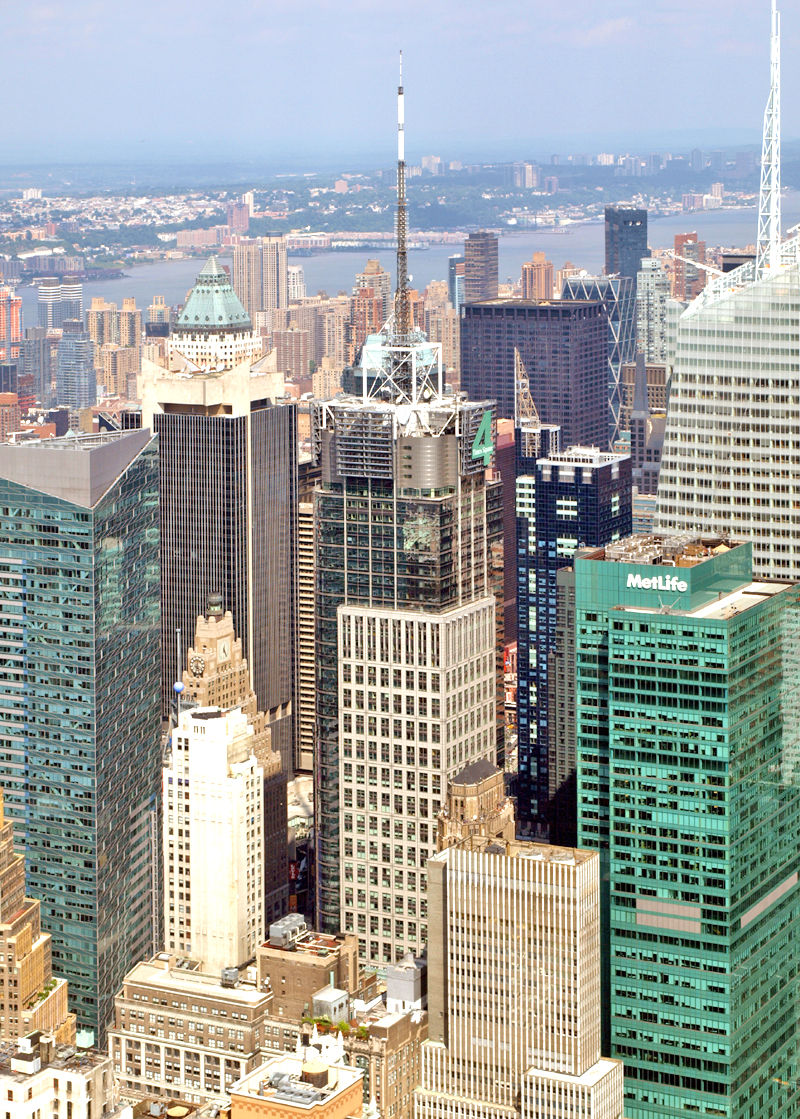 The Durst Organization’s One Five One at 151 West 42nd Street has landed at number four in a list of the world’s Top 50 Most Influential high-rise structures.

The list was released by the Council on Tall Buildings and Urban Habitat (CTBUH) and awards will be officially presented during the CTBUH 10th World Congress, October 28 – November 2 in Chicago.

“From this, we learn that the development of the skyscraper typology is not a simple case of linear hand-offs from one generation to the next; rather, it is an interpolating dialogue that will continue to inform and inspire us for the next 50 years and beyond,” he said.

The FXCollaborative-designed One Five One (formerly known as 4 Times Square )was completed by The Durst Organization in 1999.

It was the first project of its size to adopt standards for energy efficiency, indoor air quality, tenant comfort, sustainable materials, and responsible construction.

The 50 buildings on the “Most Influential” list were selected through an open call to the CTBUH member constituency at-large.

“It is an honor to be recognized by our peers at CTBUH,” said Dan Kaplan, FAIA, a senior partner at FXCollaborative. “Our work (as Fox & Fowle Architects) on 4 Times Square was cutting edge then and continues to set the foundation for our current efforts on New York City’s next generation of skyscrapers,” which includes the soon to be completed 1 Willoughby Square, 77 Greenwich, and 3 Hudson Boulevard.

1 Bligh Street in Sydney Australia was ranked the number on the list followed by 30 St Mary Axein London.

In New York, 550 Madison Avenue, 601 Lexington, Bank of America Tower, Hearst Tower and One World Trade Center all made the list.