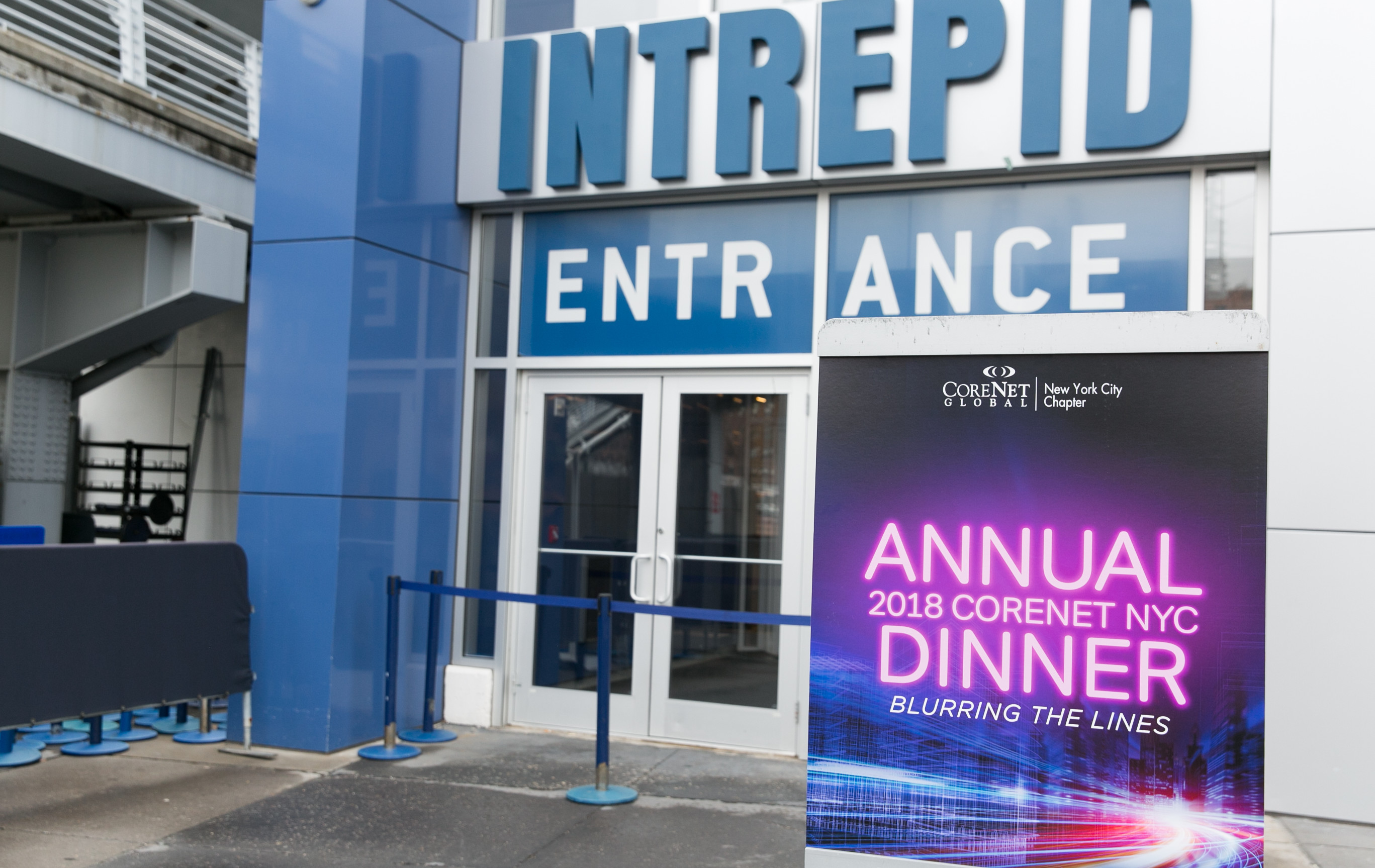 The New York City Chapter of CoreNet Global (CoreNet NYC) is pleased to announce the organization hosted the 2018 Annual Dinner at The Intrepid Sea, Air & Space Museum on Thursday, April 19, 2018 from 6:00 PM to 11:00 PM. Over 900 attendees enjoyed an evening of networking during the chapter’s biggest event of the year.

This year’s “Blurring the Lines” theme examined the ways corporate real estate professionals can transcend traditional boundaries in a time of new norms and uncertainty. The third annual “Design Spotlight,” at the event featured two different designs created by two teams which conceptualized this year’s Annual Dinner theme. The first, submitted by Scott Brownrigg and Crown Architecture, was titled “Where is the Cloud?” The second, submitted by AFD Contract Furniture Inc. and Banco Popular, was built within a 4′ x 4′ x 4′ space and titled “Transcender.” Both teams won four tickets to the CoreNet NYC Golf Outing on July 9, 2018.

Before dinner, opening remarks were given by Annual Dinner Chair, Jennifer Abbattista, and NYC CoreNet Chapter Chairman Barry Alton. They announced the CoreNet 2017 Scholarship winners, which included Stephen Allen of the NYU Schack Institute, Alex Grant of Columbia Business School and Aran Nafisi-Movaghar of Fordham Gabelli School of Business. Each student received a $7,500 grant. The CoreNet scholarships go to top candidates with the aim of promoting awareness of the CoreNet Global brand amongst the universities’ up and coming real estate professionals.