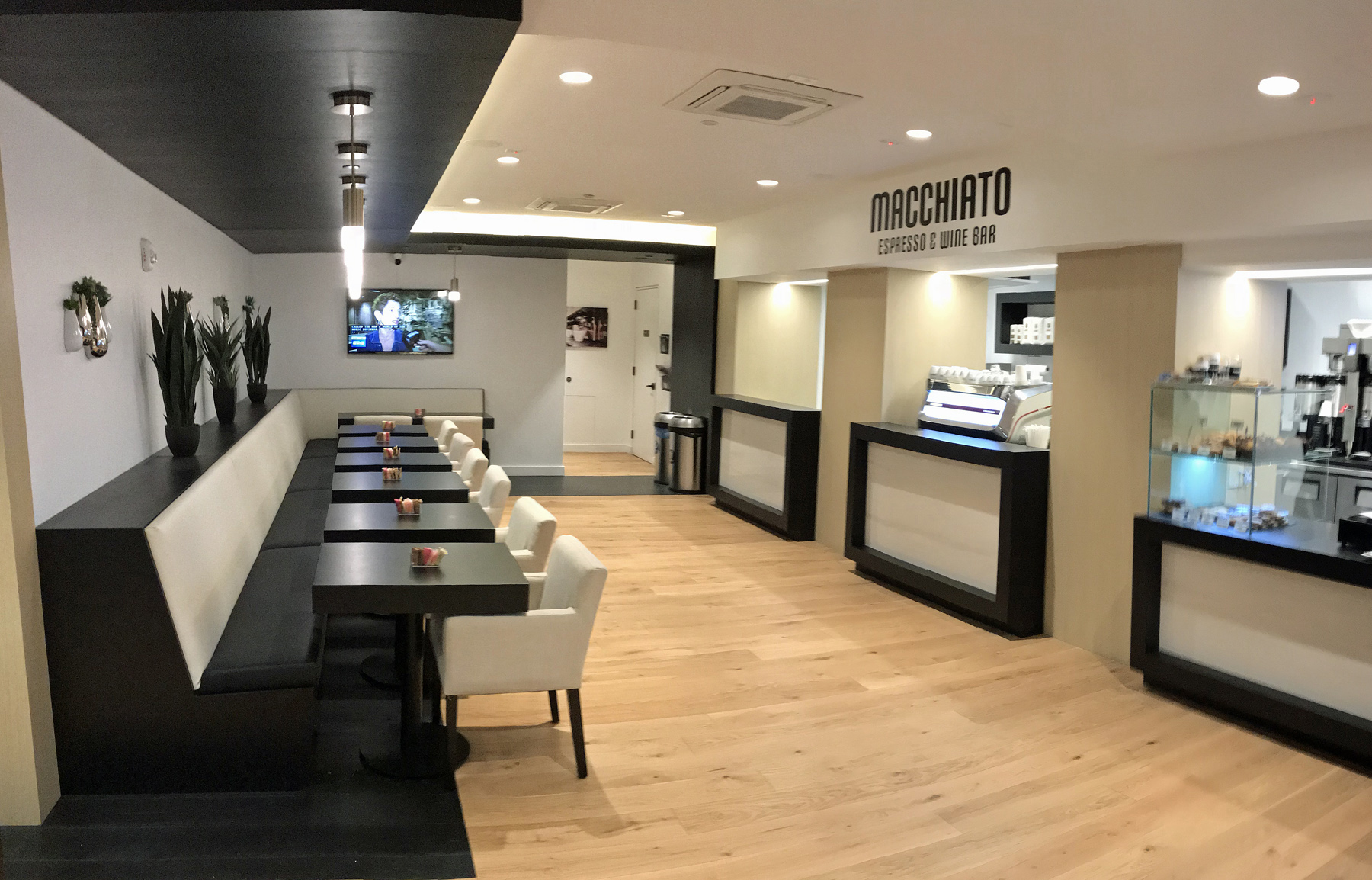 The café will occupy 1,800 s/f in the third-floor lobby of the landmarked office building, which recently underwent a $50 million renovation. E.J. Moawad, a leasing agent for Levin Management Corporation, represented both the tenant and the landlord, Paramount Leasehold.

Moawad said the café—which will serve hot and cold coffee drinks, wine, beer, baked goods, salads and sandwiches—will feature a lounge with meeting space, according to a release from Levin Management. The building owner also expects it to be something of an amenity for those who work in the 33-story building.

“Today’s landlords increasingly are thinking outside the box when it comes to enhancing tenant quality of life,” said Moawad. “Macchiato Espresso Bar adds to the desirability of the Paramount Building as a fantastic on-site amenity. This stylish eatery is a terrific complement to the fresh, modern work environment that has been created here.”

The new environment includes an overhauled entrance and main lobby with higher ceilings, new escalators and art deco finishes. The renovation, which was overseen by Levin Management, also included 1,500 new windows, improvements to the common corridors, bathrooms and elevators as well as new building systems.

Located between 43rd and 44th Streets, 1501 Broadway was built between 1926 and 1927 and once housed the Famous Players-Lasky Corporation, which later gave way to Paramount Pictures, hence the name.

The art deco-style building features stepped roofs and a clock tower. It was declared a landmark in 1988 and is home to the Hard Rock Café.