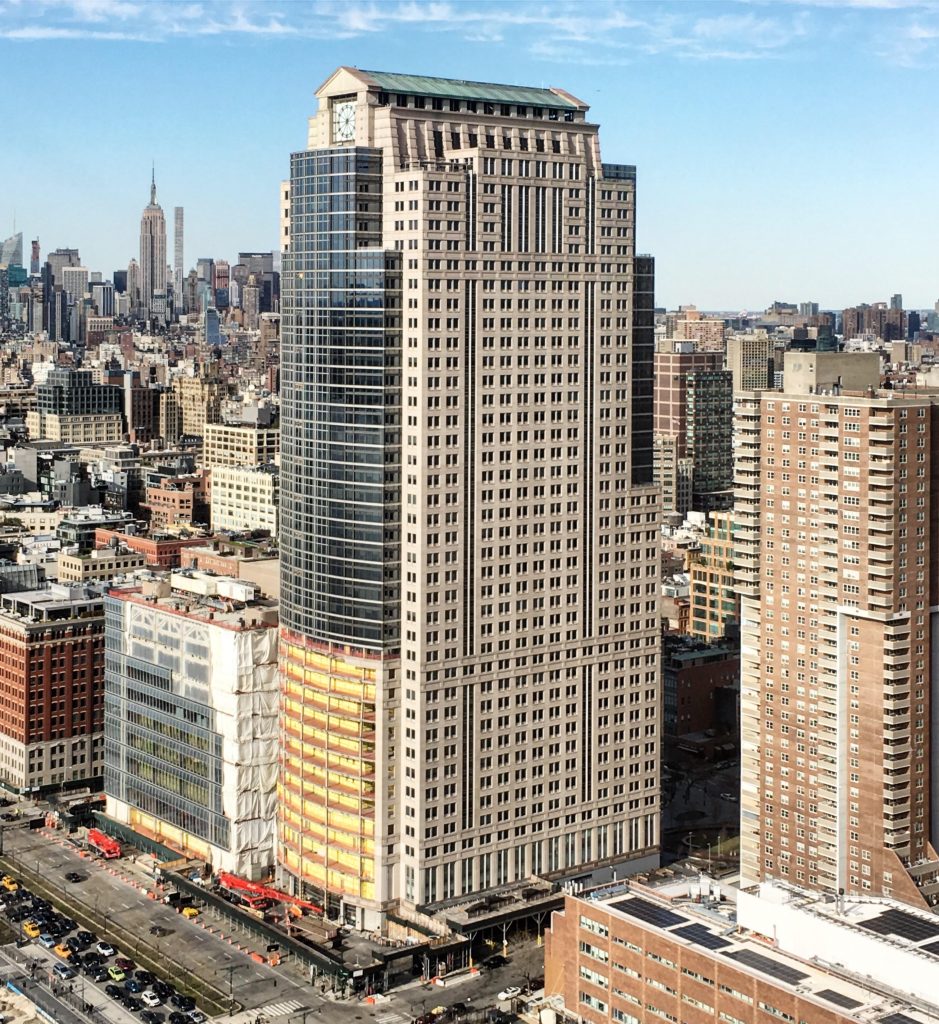 Today, the New York City Department of Buildings released its April 2020 enforcement bulletin, which provides highlights of the agency’s actions to sanction and deter bad actors in the construction industry through the enforcement of safety laws and codes of conduct for construction professionals.

DOB took a number of major enforcement actions in April, including:

·        9 violations and $90,000 in penalties issued for failure to safeguard construction sites on 7 separate occasions.

·        3 violations and $30,000 in penalties issued to 3 different individuals for failure to carry out duties of construction superintendents.

Below are individual enforcement highlights for April 2020:

·        $22,500 in total penalties issued to Safety Registrant Armory Builder III LLC for multiple site safety violations at a construction site at 1107 President Street, Brooklyn, after a worker injured their hand in a rebar bending machine. Inspectors determined that there was no record of the worker’s qualifications to use the machine, the work on site was not being performed according to the approved site safety plan, excavation equipment was improperly placed near an excavation hole, rebar poles at the site were not properly capped, and the barrier fence in the street were not installed as per the manufacturer’s instructions.

·        $7,500 in total penalties issued to Safety Registrant Armory Builder III LLC for failure to safeguard a construction site at 1057 President Street, Brooklyn. Inspectors observed that the excavation work at the site had inadequate guard rails, and that there was no record that a pre-shift safety meeting had occurred.

·        $10,000 in penalties issued to General Contractor Titan Realty & Construction for failure to safeguard a construction site at 33 Frost Street, Brooklyn. Inspectors observed that workers were on site constructing an elevator shaft without protective harnesses and without setting up a controlled access zone.

·        $2,400 in penalties issued to Tracking Number Holder Vlad Restoration for failure to keep pedestrian protection measures in a code compliant condition at a construction site, 455 Ocean Parkway, Brooklyn. A sidewalk shed at the location was found to have damaged wooden parapet panels, improperly maintained mud sills, and uncapped bolts which posed a hazard to pedestrians.

·        $20,000 in total penalties issued to Tracking Number Holder York Restoration Corp. for failure to have a Site Safety Manager or Site Safety Coordinator on site during ongoing construction operations at a work site at 425 West 23rd Street, Manhattan.

·        $10,000 in total penalties issued to Safety Registrant Tishman Construction Corp. for failure to file two separate required incident reports within three days of two separate worker injury incidents at a construction site at 388 Greenwich Street, Manhattan (pictured top). One worker was injured at the site after they tripped on an extension cord and was taken to the hospital. Another worker was injured during a delivery and taken to the hospital after they became caught between a piece of sheetrock being moved and a wall.

·        $6,250 in penalties issued to Mulberry Assoc., LLC, the owners 227 Mulberry Street, Manhattan, for the illegal occupancy of the property contrary to the building’s Certificate of Occupancy. Inspectors found that the first floor was occupied as part of a duplex apartment, instead of the legal occupancy as a commercial artist gallery.

·        $2,500 in penalties issued to Tracking Number Holder Cristina Reyes for denying DOB inspectors access to an active construction site at 182 Avenue A, Manhattan.

·        Following an audit of four professionally certified applications submitted by Registered Architect Jose Concepcion, the Department found major code non-compliance issues, including improperly proposing changes in use, egress and/or occupancy that would require Alteration Type 1 applications for a new or amended Certificate of Occupancy, inadequate egress issues, inadequate fire separation, inadequate accessibility for persons with disabilities, and various other violations of code and rules. Mr. Concepcion agreed to a voluntary surrender of his Professional Certification and Directive 14 privileges, effective April 20, 2020.

·        Following an audit of four professionally certified applications submitted by Professional Engineer Anthony Somefun, the Department found major code non-compliance issues, including improperly proposing changes in use, egress and/or occupancy that would require Alteration Type 1 applications for a new or amended Certificate of Occupancy, failure to provide an automatic sprinkler system, inadequate fire separation, inadequate venting, proposing a use not permitted as-of-right in a zoning district, and various other violations of code and rules. Mr. Somefun agreed to a voluntary surrender of his Professional Certification and Directive 14 privileges, effective April 1, 2020.

·        Construction Superintendent Manpreet Kaur was disciplined by the Department for falsifying construction safety logs. A DOB inspection of a work site found that Ms. Kaur had pre-filled out the required daily safety log for dates two weeks into the future. Ms. Kaur agreed to a stipulation, paying a $5,000 fine, as well as a probation term for her registration for 18 months, effective April 13, 2020.

·        Licensed Master Plumber and Oil Burner Installer Marvin Wasoff was disciplined for failing to comply with the Department’s request to produce payroll records and for failing to be properly established. Mr. Wasoff agreed to a stipulation, paying an $8,000 fine, as well a probation term for his license for two years, effective April 17, 2020.