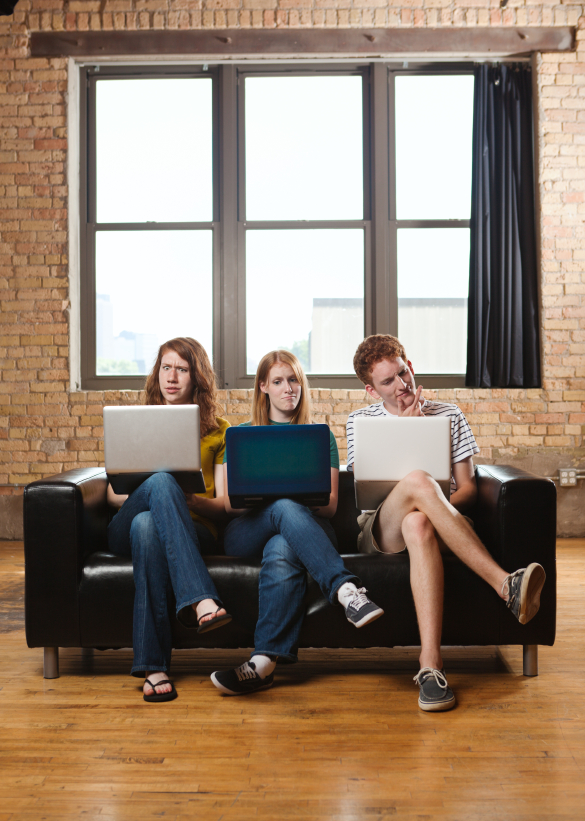 City Hall is putting together a co-living program as part of its ongoing effort to address the growing housing affordability crisis in the five boroughs.

The Department of Housing Preservation and Development rolled out the initiative, ShareNYC, last week and issued requests for information on this type of housing and expression of interest from companies with experience creating and managing it.

For a nascent industry still working to establish a foothold with renters and investors, the program looks to be an opportunity for added legitimacy as well as a chance to shed certain regulatory shackles that have stymied the product.

“For better or worse, much of the world looks to New York City’s policies to set the standard in the housing market,” Chris Bledsoe, co-founder of the co-living company Ollie, said. “We have housing markets all over the country, all over the world and each has their own set of standards but … often the conversation turns to, what’s being done in New York, London and Boston?”

So far, the city has not spelled out any specific incentives for the program, which will require interested parties to build and operate co-living residences on private land. However, as part of the de Blasio Administration’s Housing New York 2.0 plan, financial, regulatory and design assistance could be made available.

“Under the Mayor’s Housing New York plan, we aren’t just creating more affordable housing, we are looking for new solutions to meet the broad range of housing needs of our city,” HPD Commissioner Maria Torres-Springer said in a released statement. “Shared housing has a long history in New York City and in big cities throughout the world, and with our new ShareNYC initiative we’re looking to reinvent, reimagine, and reshape this model into a dynamic new form of affordable housing for New Yorkers.”

Co-living platforms have cropped up in New York and other large cities around the world in recent years as a result of an increased demand for urban living and a scarcity of true affordability.

“Roommate living is something that already happens among tens of millions of Americans today, and it’s amazing to see New York City formally recognizing that,” Lee told Real Estate Weekly in an email.”

Common, which operates 20 shared homes nationwide and 10 in New York, alone, is working on a 100 percent affordable development in New Orleans, which it figures to be the first of its kind in the U.S.

“The fact that city governments are now looking at co-living as an option for affordable housing shows they have witnessed the model’s success and how it can uniquely address the housing challenges that cities are facing,” Lee said.

Business models vary from meticulously designed, highly-curated living environments—which often come at a higher price point—to an underground market of rag-tag room-shares that flaunt the city’s building and zoning codes to maximize the number of renters in a property, the likes of which New York has dealt with for generations.

The city’s standard for co-living is “housing units consisting of two or more independently occupied rooms that share a kitchen and/or bathroom.” Units can qualify as so-called “micro units” or standard sized apartments but preference will be given to those that include a mix.

Mark Smith, general manager of Quarters Co-Living U.S., said the city’s endorsement of co-living should lead to more dialogue between developers and co-living providers because it provides some assurance that the product is not only legal but desired.

Quarters, an off-shoot of Germany’s Medici Living Group, has locations in New York and Chicago. It hopes to set up shop in every major U.S. market within the next two years, though Smith said many municipalities have some questions about how to regulate the industry. He hopes New York will set the standard.

“A lot of the cities we’re talking to are looking to the other cities because they want to craft legislation to allow for co-living or make it easier to get off the ground,” Smith said. “Cities are recognizing that people want affordable options in city centers and co-living is a way to provide that.”

In its request for interest, HPD also said it would evaluate proposals based on the quality of their units, the distribution of shared amenities and the operator’s ability to encourage “integration of all tenants within the building.”

In its request for interest, HPD also said it would evaluate proposals based on the quality of their units, the distribution of shared amenities and the operator’s ability to encourage “integration of all tenants within the building.”

As it stands, most co-living providers try to facilitate a communal atmosphere as a trade-off for reduced personal space. That can manifests as simply providing common areas or more elaborate measures. Ollie, for example, has weekly events and buses residents to off-site trips outside the city.

Bledsoe said there are a few key policy changes the city could make to better accommodate co-living, including legalizing single-room leasing and removing a statute on its books that prohibits more than three unrelated people from living in an apartment, which, although rarely, if ever, enforced, has a chilling effect on capital from institutional investors.

“If we went from a three-bedroom share to four bedrooms, we estimate we could save $200 a month per tenant,” he said. “That’s real money for a lot of New Yorkers.”

Overall, Bledsoe said the ShareNYC program could a long way toward solidifying co-living in the eyes of investors, which would, in turn, help reduce the cost of the product. Currently, Ollie has to offer a profit margin of 30 percent per square foot to its backers, a high premium for what is still viewed as a high-risk investment.

Ollie’s latest endeavor, a co-living component within Simon Baron’s 43-story Alta tower in Long Island City, has a base price of $1,300 per tenant.

Real estate to weigh in on campaign finance reform, other ballot issues