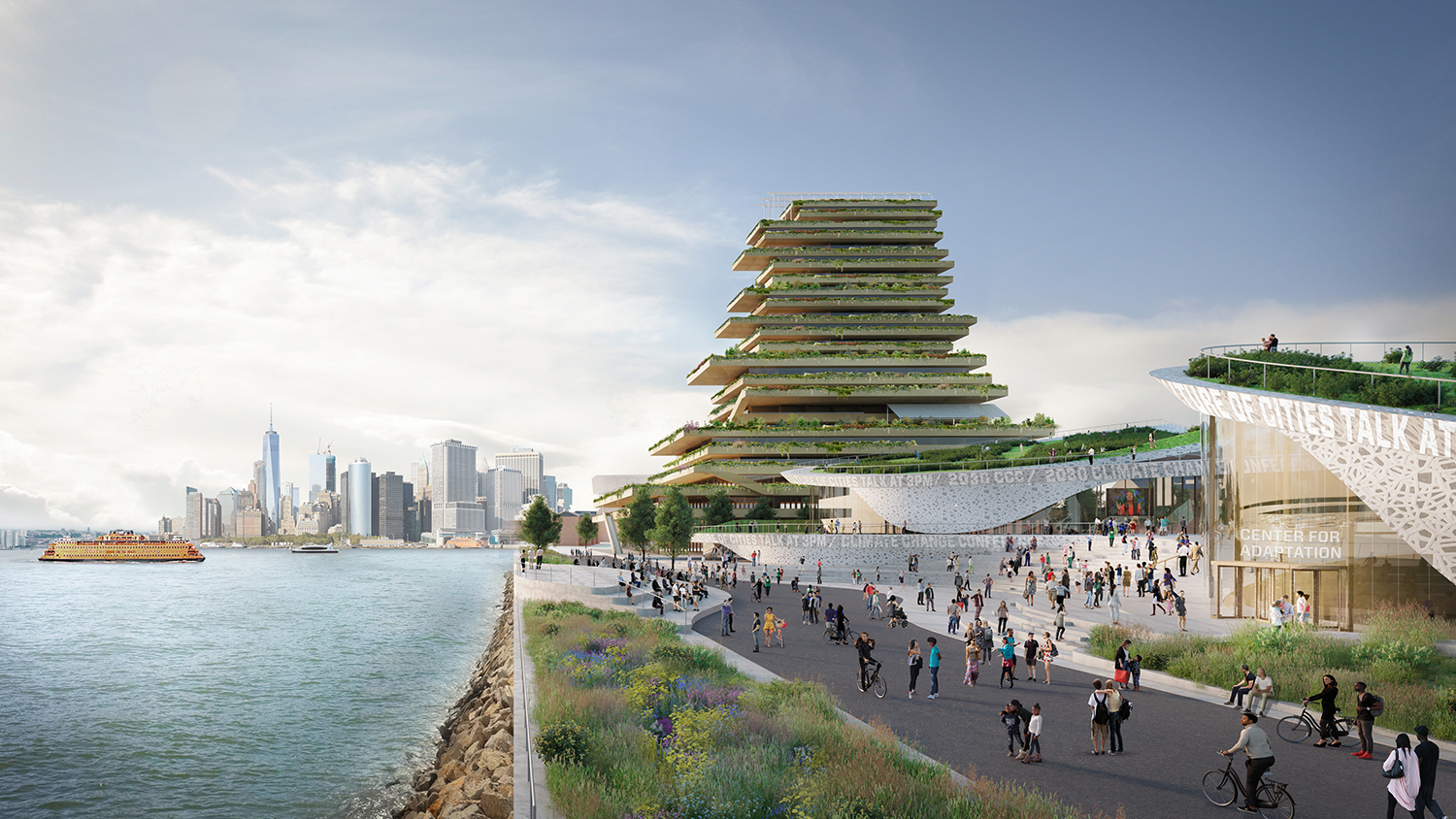 Climate research hub to be created on Governors Island

The City of New York is looking for a leader climate change research to anchor a new 4.2 million square feet Climate Solutions Center to be developed on Governors Island.

The academic or research institute will lead studies on the impacts of climate change and help create what the city has dubbed a “public living laboratory” for researchers, advocates, innovators and students from around the globe.

The Trust for Governors Island – a not-for-profit organization created by the City of New York to direct the redevelopment and ongoing operations of the 150-acre island – unveiled the plan today, calling it a “bold and creative solution to pressing problems.”

Daniel Zarrilli, NYC’s Chief Climate Policy Advisor, said, “As we watch California burn while record-setting hurricanes pummel Louisiana, it is clear that even amid a pandemic we cannot lose sight of our looming climate crisis.

“A climate solutions hub on Governors Island is exactly the kind of initiative we need to deliver on New York City’s world-leading Green New Deal and end the age of fossil fuels.”

The Trust wants to rezoning of the South Island to create a mixed-use climate innovation district with academic, commercial, non-profit, cultural, convening and hospitality facilities.

The rezoning proposal, expected to enter the City’s formal public land-use review process in October, would extend uses allowed in the North Island to designated South Island development sites to support a year-round, 24/7 mixed-use district, anchored by an educational or research center.

The center is projected to create 8,000 direct new jobs and $1 billion in economic impact for New York City.

The proposal could include a living laboratory that showcase solutions and invite conversations on the environment through public art and programming; a platform for environmental justice organizations; commercial innovation for technological research and dormitories to support an “academic anchor.”

The rezoning would expand the Island’s open space, increase its public connections, and protect all open space on the South Island. No zoning changes are being proposed for the North Island/Governors Island Historic District.

All earned revenue generated on the Island through the rezoning will stay on the Island and go toward funding park maintenance, property management, transportation, security, utilities and infrastructure, creating a long-term path for the Trust’s financial sustainability.

As part of that vision, the Trust plans to issue requests for proposals for historic buildings within the North Island, including cultural, educational and amenity uses to support expanded public access.

“Governors Island has a distinguished past in New York City, and an even brighter future,” said Mayor Bill de Blasio. “We’re proud to continue the growth of Governors Island as a resource for New York City to fight climate change, create jobs, and showcase our city’s world-class research and scientific talent.”

Deputy Mayor Vicki Been, said, “This ambitious plan to pair research and innovation in the climate field with public education and meaningful opportunities for dialogue about climate change is exactly the sort of project the city needs as we turn our attention to getting New Yorkers back to work and restarting our economy.”

Trust for Governors Island Chair Alicia Glen, added, “As a city of islands with 520 miles of coastline, the devastating impacts of climate change remain one of the most urgent issues facing our communities.

“This exciting plan for Governors Island will bring a tremendous resource that not only represents an important step forward for the City’s recovery, but also acknowledges and builds upon our history as the global center for innovation and progress.”

In the past decade, Governors Island has undergone several transformations, including a $400 million 43-acre park that draws upwards of six million visitors a year.  It is also home to year-round tenants, including the New York Harbor School, the Billion Oyster Project and the Lower Manhattan Cultural Council’s newly expanded Arts Center at Governors Island, as well as dozens of seasonal arts and cultural partners.

In March, the Trust issued a Request for Proposals from artistic, cultural, environmental and educational organizations for the use of two buildings in Nolan Park, a collection of 20 former military officer homes, on a long-term basis.

The RFP is part of the Trust’s broader efforts to breathe new life into several buildings within the Island’s Historic District with year-round tenants in the areas of arts and culture, commercial activity, and hospitality and amenities to support both expanded access and increasing visitorship.