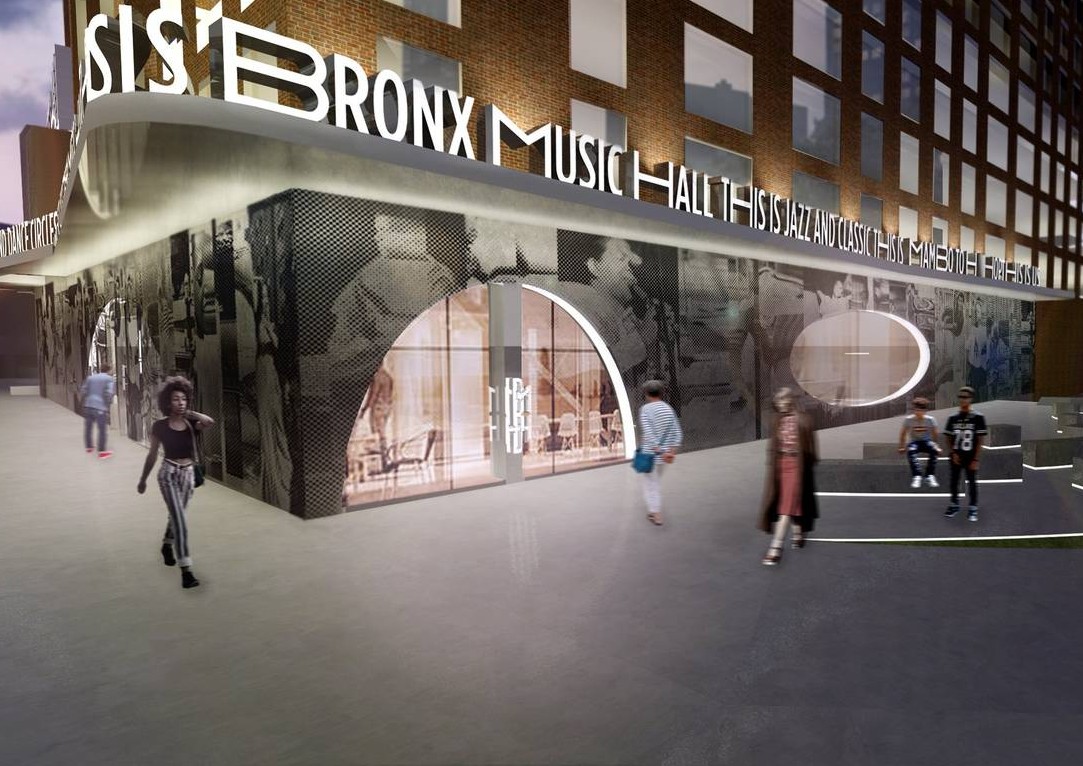 The city has unveiled plans for a new 305-unit affordable housing development in the Bronx that would include a 300-seat music hall.

The 426,000 s/f mixed-used development in the Melrose section of the Bronx will include 305 affordable apartments, retail space, and the Bronx Music Hall, a 14,000 s/f, 300-seat music venue and arts-centered community hub focused on the history of cutting edge Bronx music.

“Bronx Commons will include hundreds of affordable apartments, a landscaped public plaza, places to eat and shop, all anchored by the Bronx Music Hall – a new music venue, gallery, and arts-based community center focused on the Bronx’s heritage of cutting edge music,” said Nancy Biberman, Founder and President of WHEDco.
“This is a huge step forward in our commitment to building a more affordable Bronx and strengthening the Melrose Commons community for generations to come,” said Don Capoccia, principal at BFC Partners. “Affordable housing is about more than four walls and a roof – and that is why the innovative, community-based plan for Bronx Commons will have such a powerfully positive impact on local families. ”

Apartment will span seven income bands and be affordable to homeless individuals and families, and those with annual household income ranging from $22,032  to $89,760 for a household of three.