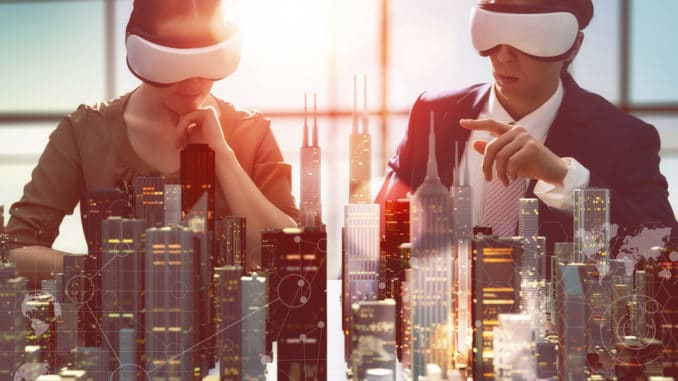 The City of New Rochelle has created a virtual reality platform to inspire citizen engagement and drive local input in the planning and development process throughout the city.

The use of virtual reality will help citizens visualize and experience the city’s upcoming development plans and allow City officials to gain direct and objective feedback from residents.

“New Rochelle is committed to innovative, inclusive community planning.  Through this virtual reality initiative and in partnership with Bloomberg Philanthropies, we can invite more residents to participate in the development process and contribute to the future of our city in a way that is both constructive and fun,” said Mayor Noam Bramson.

New Rochelle is a $1 million winner of the 2018 Bloomberg Philanthropies Mayors Challenge, a competition that challenges city leaders to think big, be bold and uncover inventive – and, ultimately shareable – ideas that tackle today’s toughest problems.

The City is one of eight Mayors Challenge winners from across the United States and is the only winner from the State of New York.

The $1 million prize will allow the City to use virtual reality technology to clearly present plans for new buildings and public spaces to residents.

The VR experience can be used with mobile devices, VR goggles, online and at four kiosks stations along the proposed LINC and at the new NRVR space at the New Rochelle train station.

The program will allow residents to visualize 360-degree views of nearly three million square feet of proposed developments in the City.

“The implementation of the virtual reality platform provides another innovative outlet for residents to creatively visualize the future transformation of New Rochelle and serve as a vehicle for residents to share their perspectives,” said New Rochelle Development Commissioner Luiz Aragon.

Currently, the New Rochelle Virtual Reality (NRVR) team is collecting baseline data/feedback that can gain direct, objective and analytical data regarding how residents feel about the existing development process.

In addition, the VR platform experience will include ongoing surveys for citizens to voice their perspectives on future development plans.