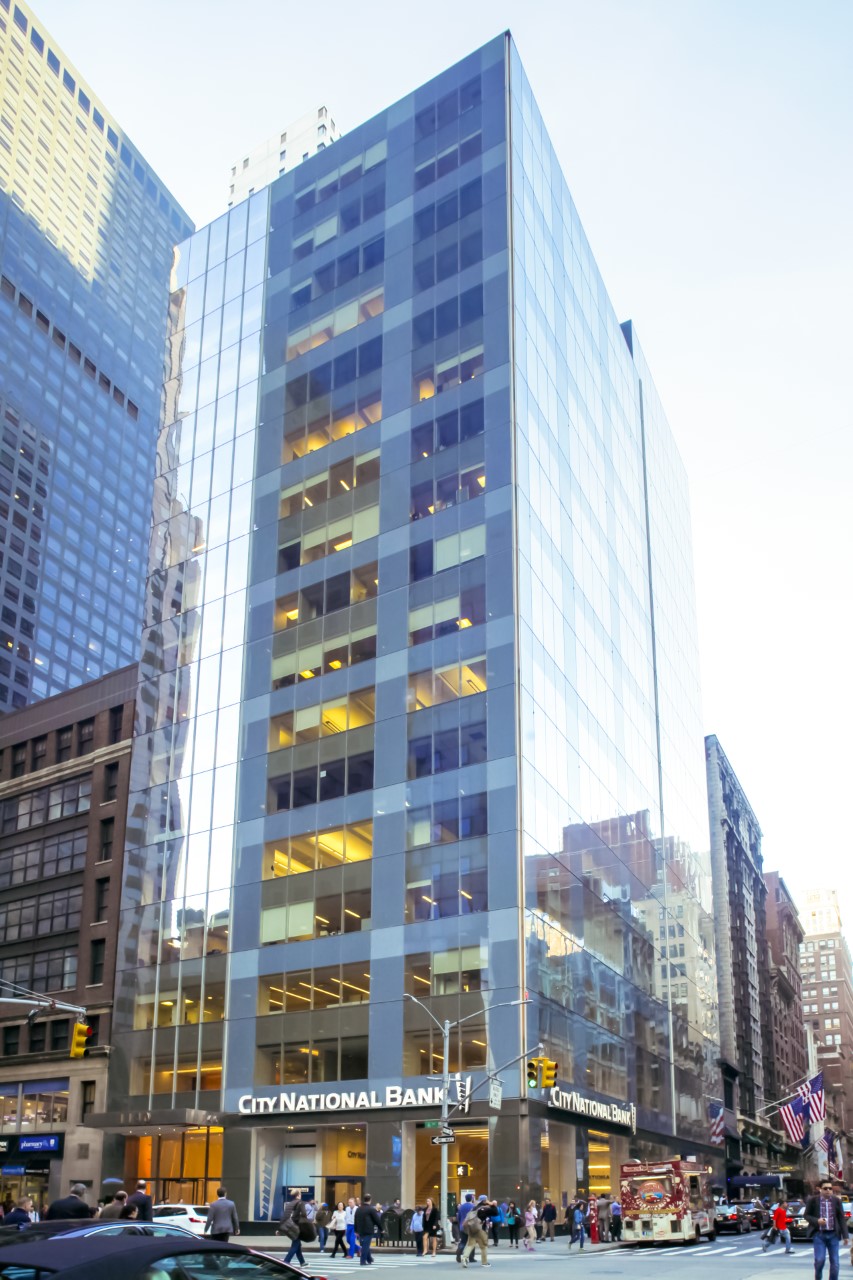 The New York City office of Avison Young has arranged a long-term, 35,643 s/f early lease renewal for City National Bank at 1140 Avenue of the Americas.

The new 10-year extension is attached to the three years remaining on the bank’s previous lease for a 13-year term in total.

Todd Korren, principal of Avison Young, represented New York City REIT, owner of the 250,000 s/f Class A office tower on the corner of 44th Street and Sixth Avenue in Midtown.

Avison Young has served as the exclusive leasing agent for the 1140 Avenue of the Americas property since 2018.

Lynn A. Williams, Vice Chairman, and Jeffrey Welch, Executive Vice President, of CBRE represented the tenant and led the CBRE team in the negotiations.

Headquartered in Los Angeles, City National Bank, the 38th largest bank in the U.S., has been located at 1140 Avenue of the Americas since 2012 and serves as the anchor tenant for the building. The bank merged with Royal Bank of Canada in 2015.

As part of its new lease agreement, City National Bank will occupy 3,400 s/f of ground floor space at the property as well as the entire second and third floors in addition to a portion of the 16th floor.

The new lease agreement includes numerous tenant incentives including the installation of a new state-of-the-art air conditioning system which ownership will install with no disruption to the bank’s operations.

According to Korren, discussions about an early renewal began nearly two years ago so that the bank could address its long term strategic and operational needs.

“After the shutdown caused by the COVID-19 pandemic, extensive communication continued remotely and we were eventually able to strike a deal that represented a great outcome for the bank, its employees and building ownership,” added the broker.

“We have always treated City National like a partner and our deep understanding of the bank’s near-term and long-term objectives enabled us to put this deal together during an extremely challenging time,” said Michael Weil, Chief Executive Officer of New York City REIT.