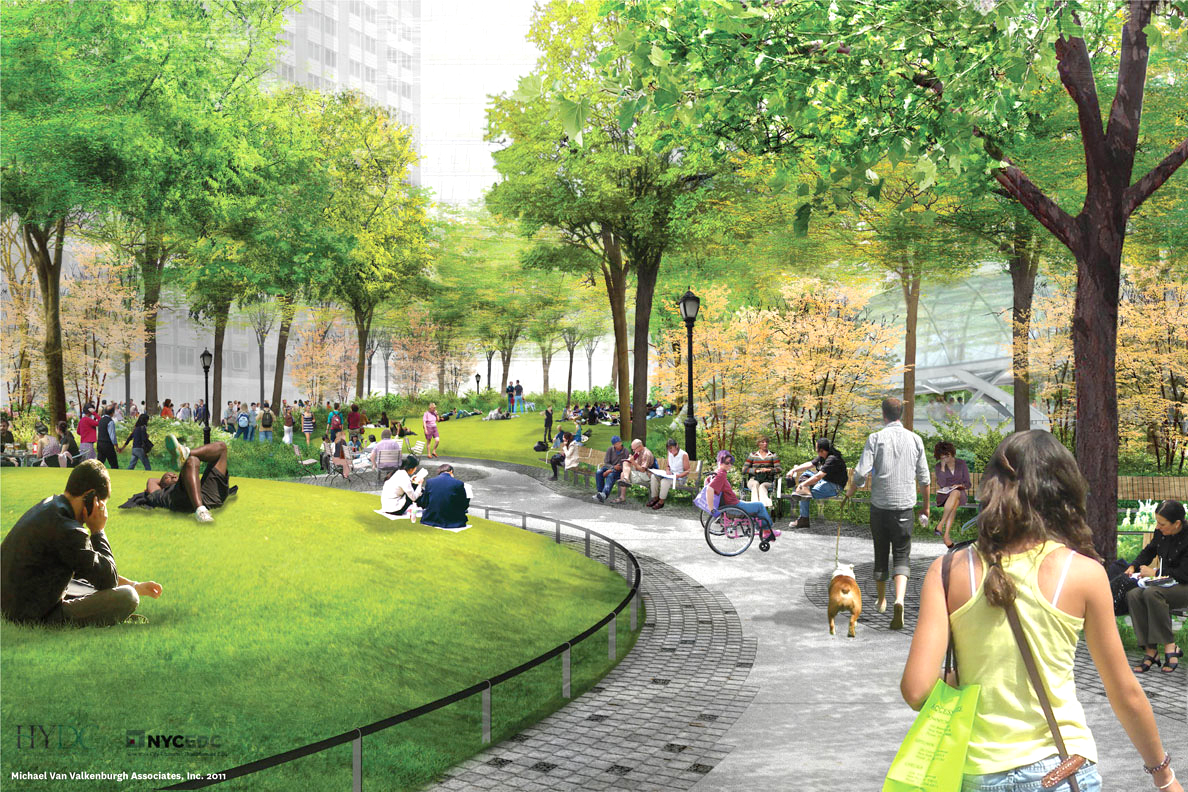 The City has begun the process of acquisition, design and construction of Phase II of the City’s Master Plan for Hudson Yards.

“Every New Yorker deserves well designed public space,” said Mayor de Blasio. “In a growing neighborhood like Hudson Yards, three acres of new parks is a vital investment in the wellbeing of residents for generations to come.”

“Today’s approval for additional investment in Hudson Yards allows us to fulfill our commitment to deliver to the Hudson Yards community three acres of new parkland – and demonstrates a smart approach to building density. I want to thank Speaker Johnson and the Council for their partnership in this effort,” added Deputy Mayor for Housing and Economic Development Alicia Glen.

Phase II includes the investment of up to $500 million to complete infrastructure projects in the new neighborhood, including the expansion of Hudson Boulevard and Park three blocks north from West 36th Street to West 39th Street.

The construction of the Park and Boulevard will provide public space, and unlock the commercial development of the northern area of Hudson Yards, according to the city.

The addition of the new parkland expands Hudson Yards’ parkland by 75 percent.

The Hudson Yards Development Corporation will manage the acquisition, design, and construction process.

Once completed, the land will be transferred to NYC Parks and the Department of Transportation, who will collaborate with the Hudson Yards Hell’s Kitchen Business Improvement District on daily management. The design process will begin this fall.