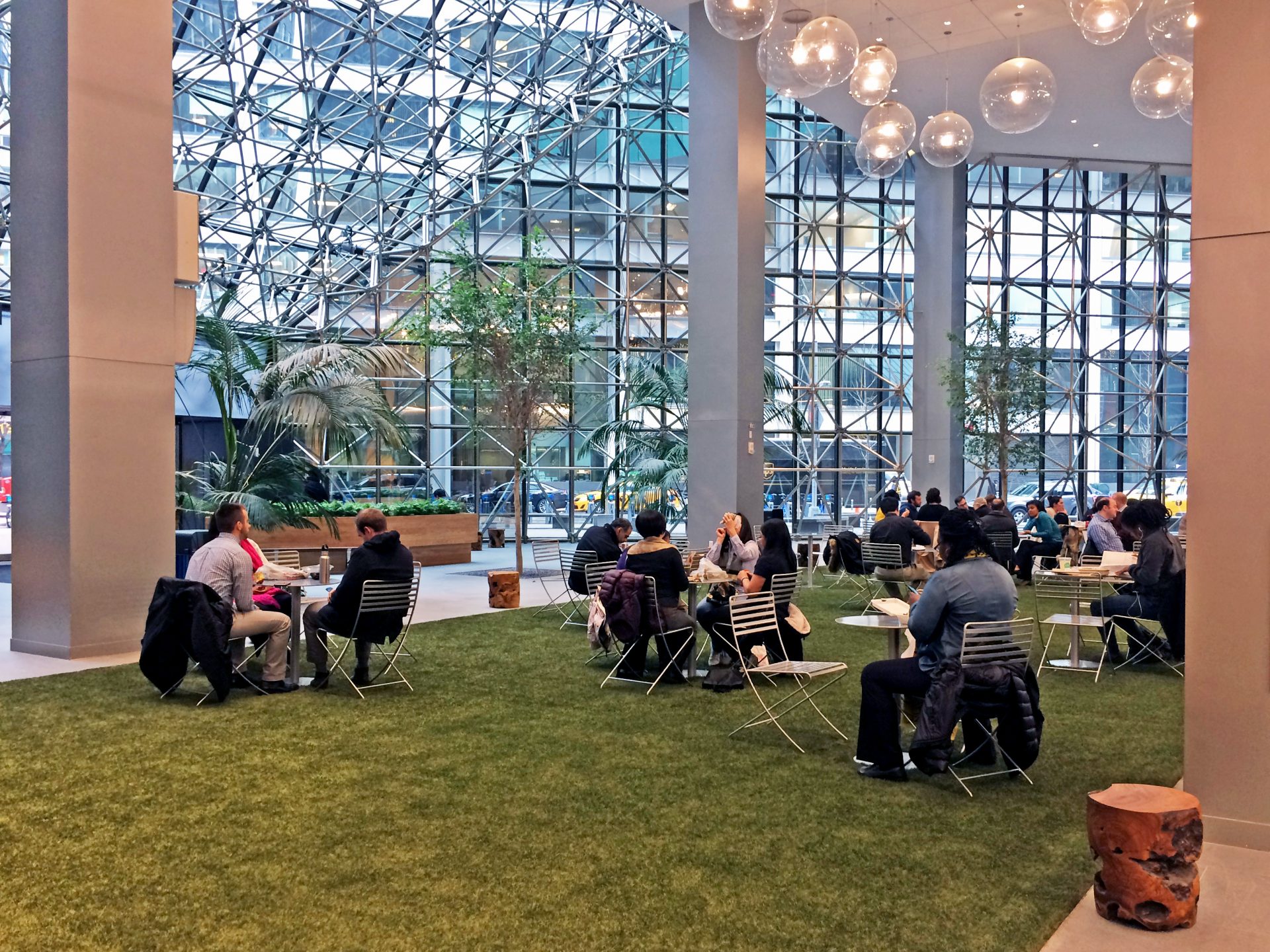 The change means that owners of large open plazas in New York’s dense business and residential districts, many of them built in the 1960s and 1970s, can now provide tables and chairs, making these spaces more inviting to the public.

“New York City’s fantastic public realm just got a boost. Besides adding a charming new logo and clear signage welcoming the public, POPS in New York’s bustling neighborhoods will now offer more opportunities than ever for residents, workers, shoppers and tourists to sit down, enjoy lunch, read a book, gaze at the clouds, or catch up with a friend while enjoying a respite from our busy streets,” said director Lago.

In addition to the more permissive seating rules, the Council adopted DCP’s new provisions that require clear signage at all POPS that indicate these spaces are open to the public with information about amenities, hours of information and New York’s new POPS
logo.

The signage including the new logo, titled “Have a Seat,” must be displayed by property owners to ensure the more than 550 POPS are easily identifiable as open to the public.