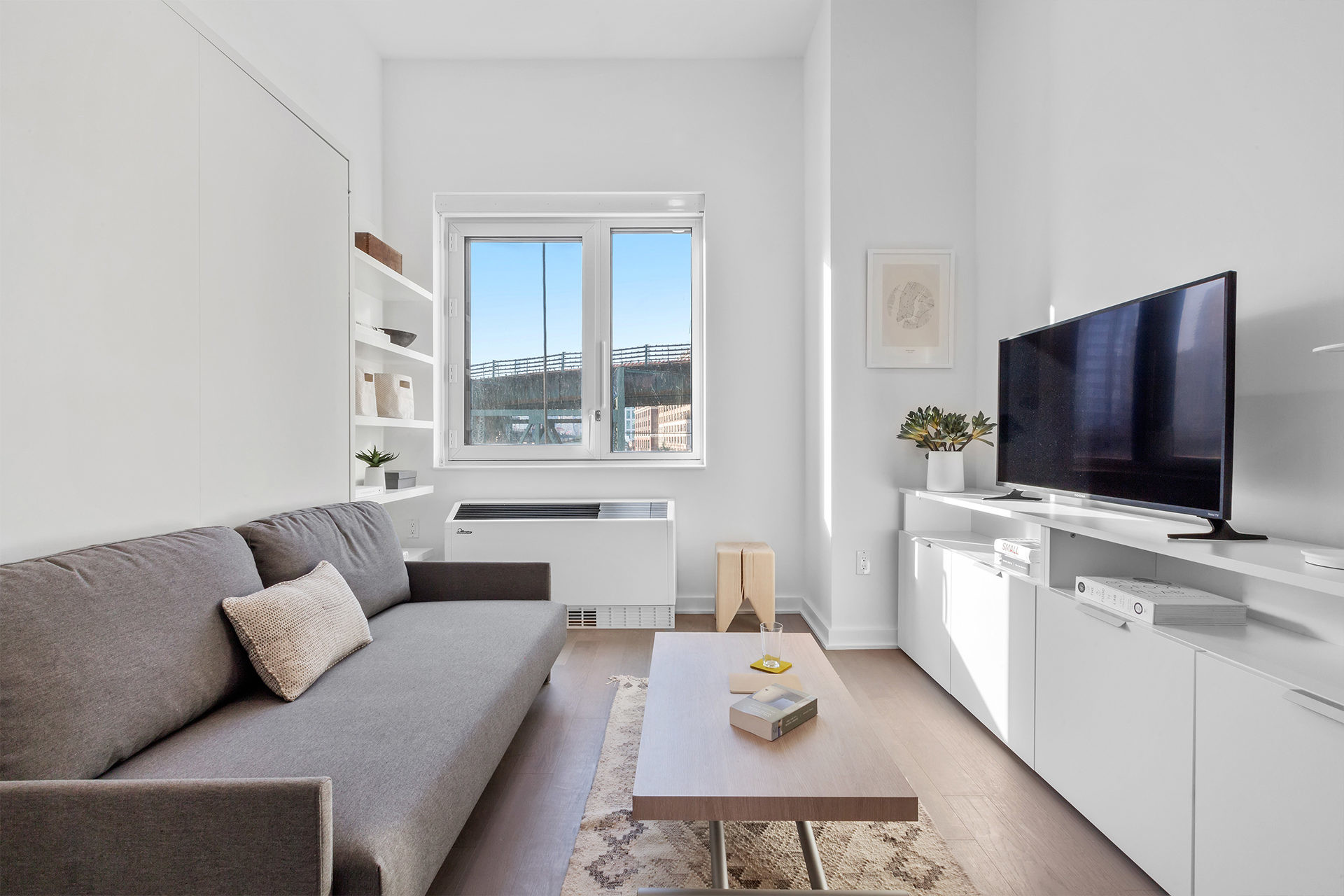 Brokers are like plumbers, they’re only as good as the tools in their toolbelts and co-living is quickly becoming an all-purpose patch kit.

Whether the client is a recent hire making a quick move for work, a foreign national with little credit or a young person with limited financial resources, this new product is an all-in-one multi-tool. And, with a spectrum of options ranging to near-luxury, the segment is surprisingly versatile.

“Not everyone is able to afford the two bedroom, two bathroom, million-and-a-half-dollar condo when they first move to New York,” Jed Lewin, a broker with Triplemint said. “At the same time, there are a lot of people who aren’t willing to sacrifice a certain quality of life and my job is to help find people a place they want to live in, so co-living has been a great tool.”

Lewin is one of the many agents in the city that have adapted to co-living. He most often works with a co-living provider called Common, which has 11 locations in the city—nine in Brooklyn and two in Ridgewood, Queens.

Following the success of co-working, numerous co-living operators have set up shop in New York and other tight real estate markets across the country in recent years. It has arisen an alternative to the makeshift “apartments” being rented to people desperate enough to live in closets or storage spaces just to make ends meet.

“It fills a very big void,” Dave Maundrell, a broker with Citi Habitats, said. “People who live in the city are willing to forego space for an elevated lifestyle outside their apartment and for location.”

As head of new development in Brooklyn and Queens, Maundrell is leading the leasing effort at Alta in Long Island City, which includes 16 floors of co-living apartments managed by Ollie. He said many renters there are recent college grads and often work in the tech field.

Unlike other roommate scenarios, in which the tenants know each other, co-living tenants tend to enter these living arrangements on their own. Some providers allow individuals to sign up as “members” on month-to-month contracts, while others, such as Ollie, stick to traditional one-year leases, meaning tenants have to be grouped together before signing.

“Whenever you’re dealing with roommates, whether its co-living or not, you have to deal with the fact that

someone might back out or things might change before the lease is signed,” Maundrell said. “The challenge as a broker is being prepared for that and finding ways to work around it.”

It’s tough to track exactly how prevalent co-living has become because the products offered vary from shared rooms in renovated apartment buildings—similar to the communal living environments that have existed in places such as Brooklyn for decades—to ground-up construction purpose-built for the platform.

None of the major real estate advisory firms have surveyed the industry yet but it has drawn their attention. In a blog post, CBRE described co-living as particularly appealing to “millennials seeking flexible, cost-effective living with a sense of community.” A CBRE spokeswoman told Real Estate Weekly that the firm plans to research the product more thoroughly in the near future.

“We see the rise of co-living across the country as a positive sign for the multifamily market overall,” Jeanette Rice, head of multifamily research at CBRE, wrote. “The growing co-living trend is increasing opportunities and choices in a number of beneficial ways, not only for renters, but also for property owners, and that’s a big win-win as we see it at CBRE.”