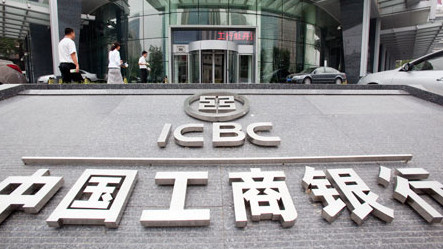 China now has four of the five largest banks in the world after weakening currencies pushed French and Japanese companies out of the top five this year.

In its annual ranking of the worlds biggest banks by total assets, SNL Financial reported that Paris-based BNP Paribas SA fell to No. 7 from No. 4, as its assets declined to an equivalent of $2.568 trillion.

Also departing the top five, Tokyo-based Mitsubishi UFJ Financial Group Inc. fell to No. 8 from No. 5, partly based on a lower valuation of its assets in U.S. dollars.

According to the report, there is now only one bank in the top five that is not headquartered in China: London-based HSBC Holdings Plc. It ranks No. 4, with $2.670 trillion in assets, down from its ranking of No. 2 in 2014, with $2.758 trillion in assets.

The largest bank in the world continues to be Beijing-based Industrial & Commercial Bank of China Ltd., with assets calculated at $3.452 trillion.

Replacing HSBC at No. 2 is Beijing-based China Construction Bank Corp., which moved up from No. 3 last year, holding $2.819 trillion in assets.

The largest U.S.-based bank, New York-headquartered JPMorgan Chase & Co., remains as the sixth largest bank in the world, but it would rank No. 1 if it followed the same accounting principles as the Chinese banks, SNL’s analysis shows.

If JPMorgan filed under IFRS, SNL estimates it would add assets of $1.249 trillion, bringing its total assets to $3.827 trillion, and making it the largest bank in the world. SNL did not perform the same analysis on banks that report under Japanese GAAP or other types of GAAP.

SNL ranks the largest banks in the world by converting their total assets into U.S. dollars using the exchange rate as of the end of the period measured.

Most banks were ranked by total assets for the quarter ended March 31, 2015. Changes in the rankings since 2014 are partly due to fluctuations in the companies’ reported currencies against the U.S. dollar.