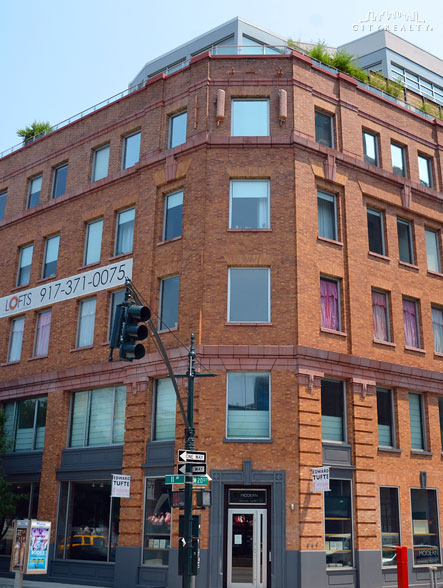 Eastern Consolidated has been retained as the exclusive leasing agent for a 4,774 s/f corner retail space at 547 West 20th Street, also known as 120 11th Avenue.
The ground-floor offering has 13 ft. ceilings, exposed brick, and 965 s/f of storage space.
“This property is situated along one of Chelsea’s most notable gallery blocks, just steps away from the High Line and Chelsea Piers,” said Brad Cohen, senior director of the Retail Leasing Division for Eastern Consolidated, who exclusively represents ownership. “The space is well-suited for a gallery, showroom, or upscale restaurant.”
Ownership will partner with Friends of the Highline to host an art exhibition titled “Pier 54” at the space from November 6 to December 13, 2014. The installation – conceived as a tribute to and a reaction against Pier 18, a project organized by Willoughby Sharp in 1971 – will feature works by 27 artists.