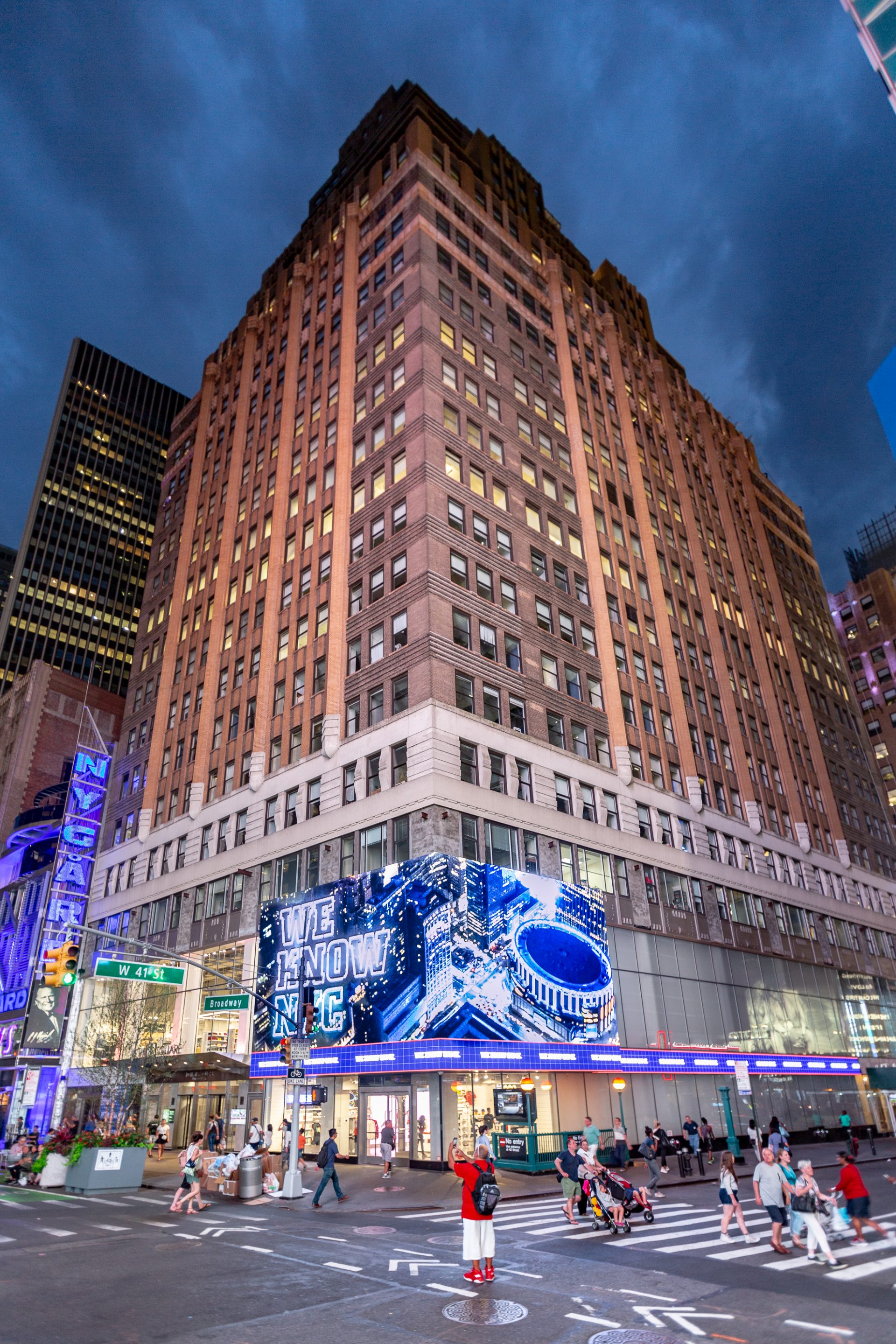 This first New York City restaurant will feature new American cuisine with a globally inspired menu, along with a range of draft beers and craft cocktails.

Additionally, Yard House will be adding mezzanine spaces that will cater to private parties and overflow dining needs.

Yard House joins Champs Sports in closing out the vast majority of the newly created, glass box retail space at 10 Times Square located on the southwest corner of Broadway and West 41st Street.

Steve Anderson, CEO of L.H. Charney Associates, said, “With the addition of Yard House, the crossroads of Broadway and 41st Street offers workers, tourists and visitors a great mix of happening places in which to spend time.”

The building at 10 Times Square (also known as 1441 Broadway), is a 34-story, 575,000 s/f commercial office building. Originally designed by Backman & Kahn and completed in 1930, the building was originally called the Bricken Textile Building.

During the Garment Center era and through the 1980s when New York City was a fashion center, the building was home to many well-known fashion designers. Today its major tenants include: One Jeanswear Group, Inc., Wellspring Philanthropic Fund, Digital Remedy, Times Square Suites, and Champs/Footlocker, among others.