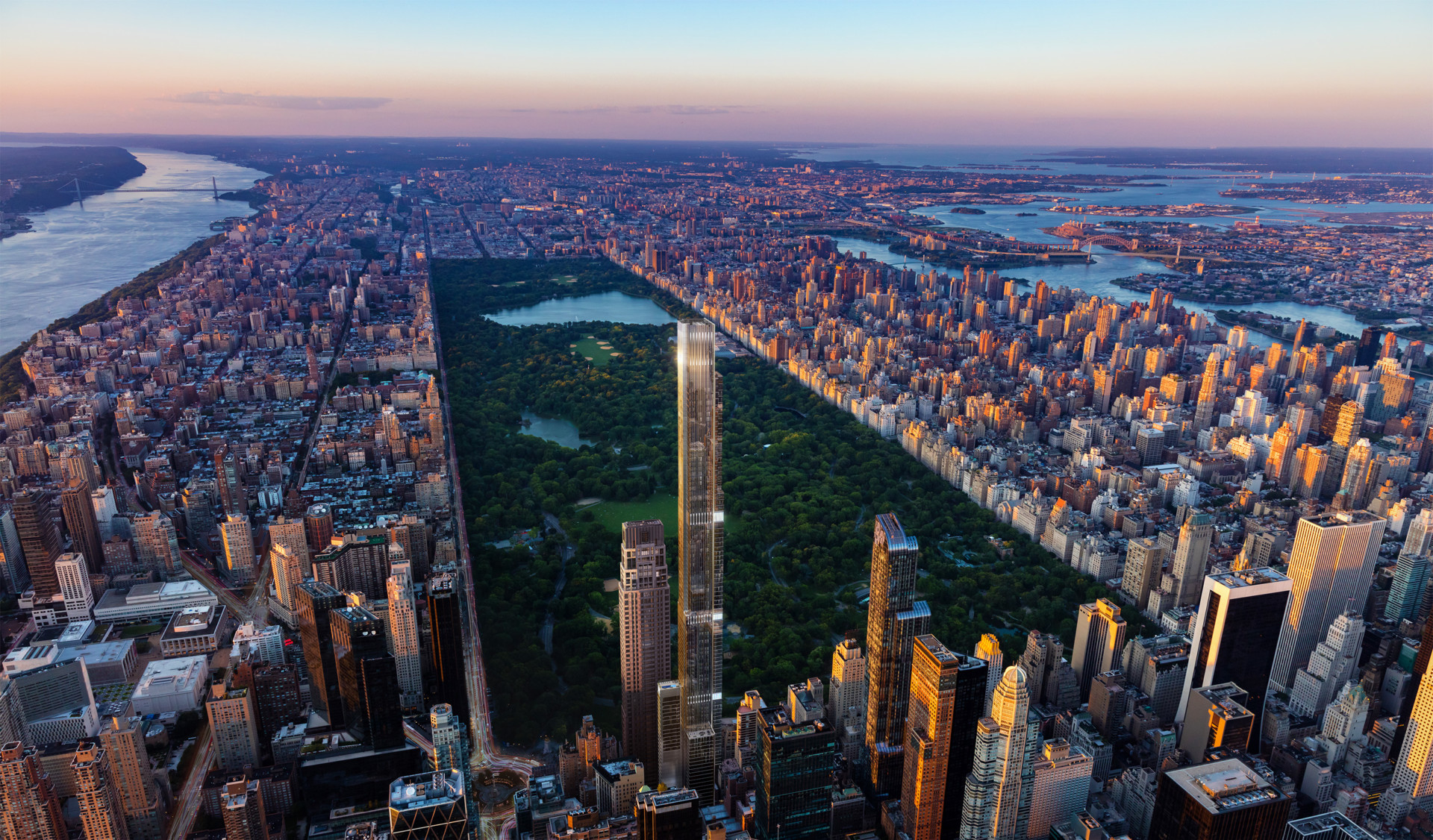 Another supertall, super luxury residential development has hit the sales market in Midtown.

Standing 1,550 feet tall with 179 unit high-end units, Central Park Tower, Extell Development Company’s second massive project on 57th Street aims to be the tallest apartment building in the city and, potentially, the most expensive with asking prices scaling to more than $100 million for a single unit.

Four years ago, Extell completed the first supertall residential building on the stretch branded “Billionaire’s Row,” the 90-story One57. That same year, tech mogul Michael Dell paid more than $100 million for the tower’s penthouse, which still holds the record for priciest pad in New York history.

Extell, which is co-developing Central Park Tower with SMI USA—an affiliate of China’s Shanghai Municipal Investment—hopes to outdo itself with an eight-bedroom, 17,500 s/f unit that carries a nine-digit price tag.

Adrian Smith + Gordon Gill Architecture is the firm behind the design of the stepped tower, which has been in the works for upwards of 10 years.

“Over a decade of planning and collaboration with the world’s most talented architects, engineers and designers has resulted in Manhattan’s newest iconic structure,” Extell Founder and President Gary Barnett said. “Central Park Tower introduces a level of design, quality and service that hasn’t been seen before. This building will stand out in New York City history as the singular residential offering that redefined luxury living.”

In addition to Central Park Tower also includes 50,000 s/f of amenity spaces, including an indoor pool and 100th-floor club lounge. The ground floor will include a seven-story, 320,000 s/f Nordstrom’s department store.

First move-ins at the building are expected to take place in late 2019. Meanwhile, JDS is aiming to open the 46 units at 111 West 57th Street—ranging in price from $18 million to $57 million—around the same time.