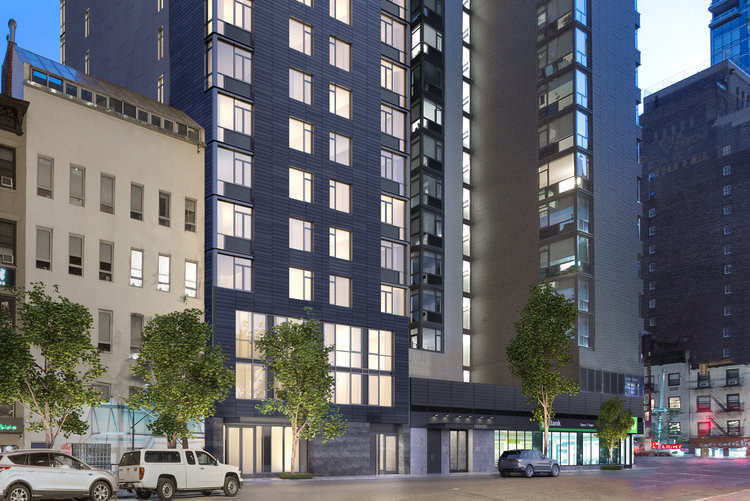 CBSK Ironstate, a joint venture between CB Developers, Ironstate Development and SK Development, has secured a $39 million Deutsche Bank loan for 210 East 39th Street in Murray Hill, according to records filed with the city.

The property is a 19-story mixed-use building located at the corner of Third Avenue and 39th Street. It contains 57 apartment units, 11 of which have been rented out through Housing Connect’s affordable housing lottery. CBSK launched applications for the property in February. Prices for affordable units start at $833 for a studio. Amenities in the building include roof deck lounges, a resident’s lounge, a fitness center and a 24-hour doorman.

The new loan replaces a $22.46 million loan from Wells Fargo. CBSK acquired the building for $7.62 million in July of 2014. The previous owner was the Kingdom of Lesotho.

CBSK is also developing the Lindley, a 74-unit condo project on the same block. The project, which has an address of 591 Third Avenue, has a projected sellout of $142.9 million, according to a previous report from the Real Deal.  Rawlings is the architect of record for both projects.