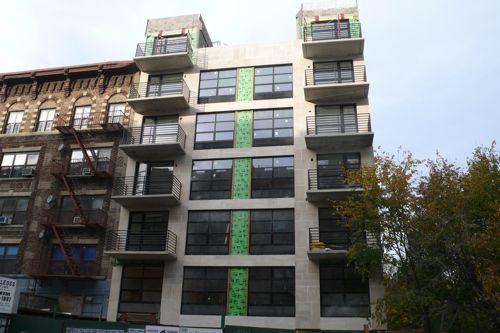 A tenant advocacy group that’s been systematically investigating landlords who’ve been accused of overcharging renters and deregulating apartments has recently accused a Brooklyn owner, Renaissance Realty, of the same on behalf of its tenants.

The tenants of 527 Lincoln Place, a property in the 421a tax abatement program, have since filed a class action lawsuit.

According to the complaint, filed by the law firm Grimble & LoGuidice, the owner of 527 Lincoln Place has received over $1.5 million in tax benefits under the state’s 421-a program, which expires in 2022. The building has benefitted from the tax break since it was built in 2008.
Meanwhile, the landlord inflated the rents in order to maximize allowable increases, the suit claims, and also failed to file annual reports with the New York State housing agency Homes and Community Renewal (HCR).

Additionally the suit says that when providing preferential rent offers in lease riders, the owners inflated the amount of the maximum legal rent in order to make the lesser, preferential rent look like more of a bargain.

The attorneys say over 100 past and current tenants may have been overcharged and claims could potentially exceed $1 million.

The suit also claims agents acting on the owner’s behalf told tenants they had to move when they were actually entitled to lease renewal and that some tenants weren’t given 421a or rent stabilization riders in leases.

Aaron Carr, founder and executive director of the landlord watchdog group Housing Rights Initiative, argued the case is an example of how the 421-a program incentivizes fraud and needs to be scrapped.

When announcing the lawsuit, HRI pointed to some stats from the Lincoln Institute of Land Policy that reveal New York City imposes the highest effective tax rate on apartment buildings in the country, some of which gets passed on to tenants in the form of higher rents.

“The 421-a tax program is like putting a band-aid on a wound that requires 421 stitches,” said Carr. “To stop the contagion of bad tax policy, Albany must swallow the bitter pill of property tax reform.”

“Let’s reform our property tax system and then put the 421-a tax program back where it belongs: the bottom of the Hudson River,” said Carr.

Recently, an investigation by HRI into similar activity by mega-landlord Steven Croman led to a lawsuit in which tenants did win class action status. The suit accused Croman, who’s been dubbed the Bernie Madoff of landlords, of wrongly deregulating units at a Harlem building he owns.

HRI has also generated suits against major landlords like Kushner Companies, the Blackstone Group, Stellar Management, and the Scharfman Organization. Those cases are still pending.