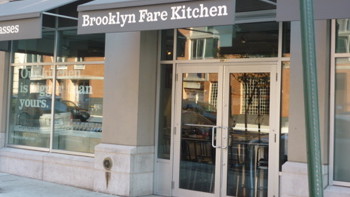 Brooklyn Fare, the grocery store with Brooklyn’s only three Michelin-starred restaurant at its Downtown Brooklyn location, has signed a lease in the West Village.

This will be its third store in New York City and second Manhattan location. The store will occupy approximately 14,000 s/f at 666 Greenwich Street, a ten-story mixed-use building totaling 500,000 s/f and 479 residential units.  Also known as the Archive, the property is owned by Rockrose Development Corp.

Brooklyn Fare is scheduled to open the new West Village location in the spring of 2016.

“The Archive, distinguished by the striking red brick of its Romanesque, Revival-style exterior, was the perfect, iconic building for Brooklyn Fare to operate out of and provide its services for the local community.”

View from the top: 2016 about recalibration