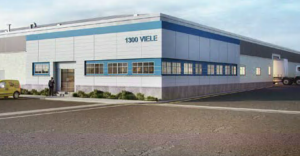 The Bronx’s real estate investment sales market outshined most submarkets in the first half of 2019 as it was the only region to record a rise in dollar volume on a year-over-year basis. As demand softened for multifamily buildings, investors set their sights on commercial buildings, industrial properties, and development sites.

A notable bright spot in the first half was the borough’s industrial and warehouse assets, which featured 20 transactions and $269 million in gross consideration, reflecting year-over-year jumps of 122 percent and 477 percent, respectively. The sharp upticks were driven by numerous notable transactions, including MRP Realty’s sale of 1300 Viele Avenue and 1301 Ryawa Avenue in Hunt’s Point for $70 million. The 116,000 s/f industrial property is currently leased to Amazon. A noteworthy warehouse sale was Himmel + Meringoff & Square Mile Capital’s acquisition of a 305,000 s/f warehouse at 1601 Bronxdale Avenue for $89 million.

“Institutional capital continued to pour funds into The Bronx, particularly for commercial, industrial, and warehouse properties, which stole the spotlight in the first half,” said Jason M. Gold, a director at Ariel Property Advisors. “Development sites also saw a rise in dollar volume and investors paid up to $120 a buildable square foot for sites in the South Bronx.”

Development sites continued to be one of the most actively traded assets in The Bronx. In the first half, the development market witnessed 34 sales for a total gross consideration of $278 million, marking a 6 percent increase in transaction volume and a 70 percent surge in dollar volume. A notable sale includes Dynamic Star’s acquisition of 320 West Fordham Road, also known as Fordham Landing, for $31.5 million.

Multifamily assets were weighed down by investor hesitation ahead of the Housing Stability and Tenant Protection Act of 2019, enacted on June 15. In the first six months of 2019, there were 60 multifamily sales worth about $439 million, representing decreases of 22 percent and 20 percent respectively, compared to the second half of 2018.

“Even as many investors expected doomsday scenarios ahead of the rent regulation laws, multifamily assets still accounted for the majority of the borough’s dollar volume in the first half,” said Daniel Mahfar, a director at the company.

NoMad is getting a Whole Foods