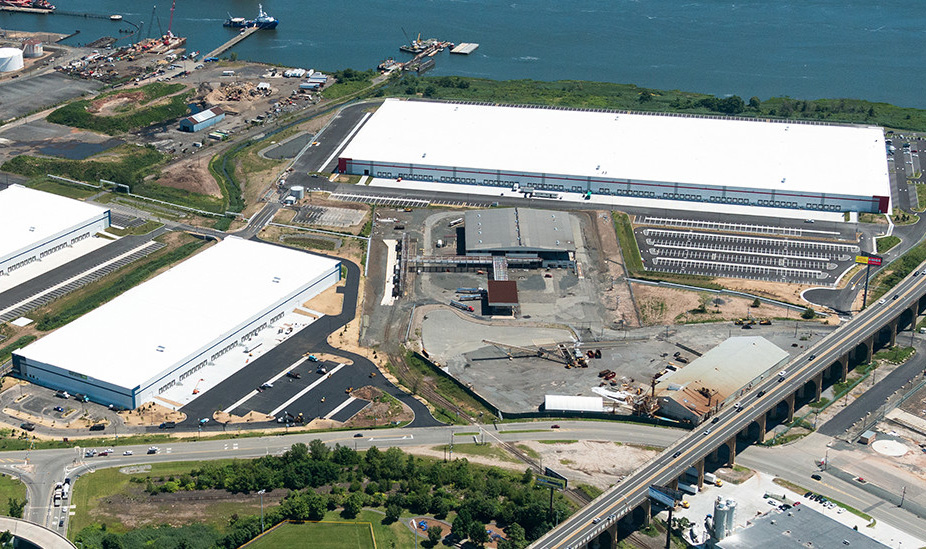 In addition to that 3.4 million square foot portfolio, a separate deal will send two more BDP parcels to Duke later this year.

Totaling more than 850,000 s/f, the two undeveloped tracts will bring the portfolio’s value to $700 million.

The sale comes as growth in online retailing has created a spike in demand for local distribution centers, particularly around major cities. In New Jersey, this has resulted in record demand for modern warehouses and historically low availability, according to local analysts.

“If you go back to about 2012, 2011-12 and you just consider three e-commerce companies, Amazon, Jet.com and Wayfair, those three had no presence in the state,” Cushman and Wakefield vice chairman Stan Danzig said. “Together, they accounted for over 15 million square feet in northern and central New Jersey in the past year and they’re still growing at considerable speeds.”

Through the first nine months of this year, northern and central New Jersey have absorbed 9.2 million square feet of industrial space, putting the region on track to breach the 10 million square foot mark for a fourth consecutive year, according to Cushman and Wakefield analytics. This brings the total industrial vacancy rate down to 4.1 percent.

However, unless it’s a company that deals exclusively with online sales, it can be difficult to extricate the square footage dedicated to e-commerce from that used to supply retail stores like Macy’s, Target and Wal-Mart, which dabble in both markets, Danzig said.

When it comes to industrial warehouses suitable for large-scale e-commerce, available space is virtually non-existent, according to Rob Kossar, head of JLL’s Northeast Industrial Market.

“For Class A buildings in this market, there’s a wait because the amount of demand outweighs the supply by a significant margin,” Kossar, a 28-year veteran of the New Jersey and Pennsylvania industrial real estate market, said. “There’s a frenzy in the market that we’ve never seen before.”

As companies continue to convert their business models to make them Internet-friendly, the demand for industrial space will only continue to build, Kossar explained, be it for bulk-item storage or small facilities that handle so-called “last-mile” services, which are same-day deliveries that go straight to consumers.

“One question I always get is ‘What inning are we in?’” Kossar said. “With regards to e-commerce and bulk distribution, I think we’re somewhere in the middle innings, but in terms of last-mile we’re still in the top of the first.”

Although the demand for Internet-bought goods is becoming universal, Frank Giantomasi, an attorney at the law firm Chiesa Shahinian & Giantomasi (CSG), said Jersey is leading the way in e-commerce construction, sales and leasing for one simple reason: “location, location, location.”

With close proximity to New York City and Philadelphia as well as an international seaport and airport in Newark and major highway arteries running in all directions, Giantomasi said the state can meet the needs of even the biggest digital retailers.
He also noted that the state’s glut of defunct manufacturing and warehouse sites made it an ideal location for these companies following the Great Recession.

“We saw a lot of absorption around [NJ Turnpike] Exit 8A and we’ve seen it get pushed all the way down to 3A in south Jersey,” he said. “Most of it was reclaimed, repurposed land that might have been manufacturing that had been sitting vacant.”

Open space in New Jersey is certainly more plentiful than in New York, but it is not unlimited. John Obeid, an analyst at Collier’s International, said within the next five years, all the buildable industrial land with close proximity to Manhattan could be carved up and built out. Developers have already begun turning to brownfield sites for these projects to make up the difference.

One of the Bridge Development properties, a 1.3 million square foot parcel in Perth Amboy known as “Bridgeport Logistic Center Phase Two” or simply the “ePort,” was built on formerly contaminated industrial land near the Outerbridge Crossing into Staten Island. Previously, the property was owned and operated by the American Smelting and Refining Company, or ASARCO, for 80 years, according to a press release from the city.

ASARCO’s operation was shuttered in 1979 and the property remained dormant for 30 years because of tenant and environmental concerns. The St. Louis-based Commercial Development Company acquired the land in 2009 and partnered with Bridge in 2015 to redevelop it.

It’s not clear how much money Bridge put into the project, but at the onset, it told Perth Amboy it was prepared to invest $180 million into remediation and construction. Jeffrey Milanaik, the principal in charge of Bridge’s New Jersey team, was not available for comment this week.

Bridge is not alone; Danzig said many builders have shown a willingness to put the money into remediating hazardous sites because the money can be recouped fairly easily through a sale or even with rents, which are at historic highs.

“Roughly 70 percent of the new construction is being leased either before it started or at least before it’s finished,” Danzig said. “The demand is that strong right now, so there are very few projects that are completed without a tenant signed on.”