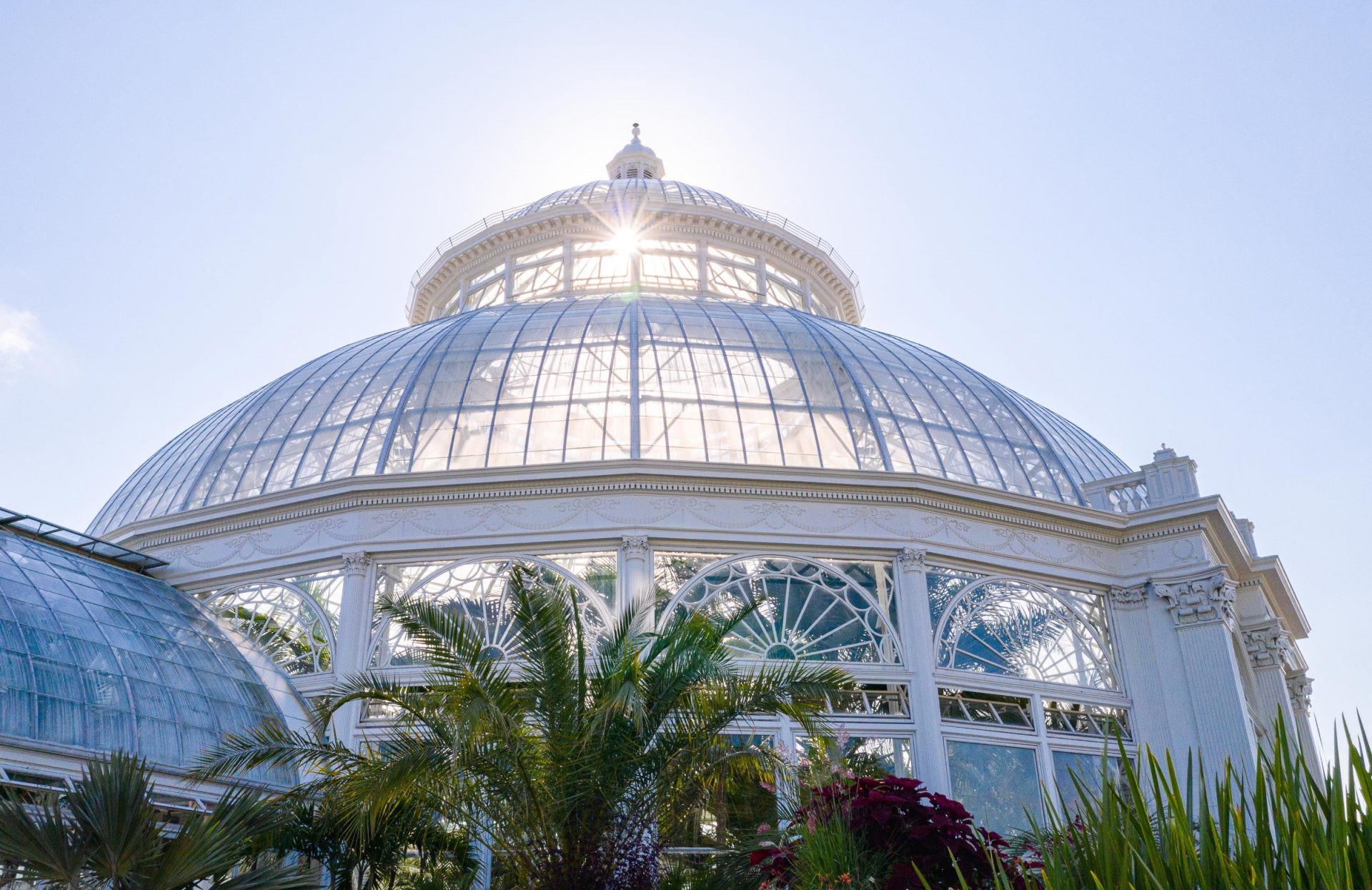 The $18 million restoration of the iconic palm dome at the New York Botanical Garden (NYBG) in the Bronx has been completed.

The restoration project, which began in April 2019, upgraded the infrastructure of the 118-year-old dome, home of the Haupt Conservatory’s celebrated Palms of the World Gallery, to ensure that the palms on display continue to thrive.

The project also provided an opportunity for NYBG horticulture curators to redesign and replant the collection to highlight the history of tropical plant research at NYBG and the ecological and economic importance of the palm family.

Constructed by Lord & Burnham Company and completed in 1902, the Enid A. Haupt Conservatory is considered one of the most superb glasshouses of its time. It was designated a New York City landmark in 1973.

Conservatory restoration projects occur approximately every 20 years, and EW Howell has worked with NYBG on other projects, including the construction of the new LEED Gold Edible Academy, completed in 2018.

“EW Howell has been privileged to work on projects that feature some absolutely stunning architectural design, and with input from arts and culture patrons who are some of the most passionate personalities in the entire city,” said Bob Zirkel, Vice President of EW Howell’s Arts & Cultural Division.

“Renovations for cultural institutions present unique challenges and we were honored to be chosen by The New York Botanical Garden to restore the palm dome, one of New York City’s most iconic structures.”

The newly completed restoration focused on the central dome that soars above the Palms of the World Gallery, comprising the cupola, upper dome, drum (or compression ring), and lower dome.

Interior scaffolding and a temporary horizontal work surface erected below the dome drum and an enclosed cylinder around the exterior of the drum and portions of the lower and upper domes enabled the work to take place efficiently while providing a weather-proof barrier to safeguard the tropical plants that remained in the Gallery below.

Using leading-edge materials and technologies, the restoration makes the building more energy efficient and increases its longevity while respecting its landmark status.

The painted wood cladding around the drum and the wood cornice—constructed with rot-resistant, first-growth bald cypress that is now very rare—were replaced with cast and extruded aluminum components that are durable and require less maintenance.

Structural repairs to the compression ring were completed, and a new high-performance metal coating was applied to all structural members to protect them from future deterioration. Elements of the dome’s infrastructure that were upgraded included lighting, the electrical system, and the heating system, including its custom enclosure.

In addition, the Conservatory’s public restrooms were renovated, including the addition of two single-use restrooms; improvements were made to the building’s exhibition and path lighting; and bluestone pavers in the palm dome and the Conservatory Courtyards were repaired.

“For 118 years, visitors from our local communities here in the Bronx and around the globe have delighted in the treasures contained in the Enid A. Haupt Conservatory,” said NYBG Chairman J. Barclay Collins II.

“On behalf of the Board of Trustees and the entire NYBG community, I thank our public-private partnership of funders for their substantial financial support, which made this restoration possible. Their commitment will ensure that generations to come will find inspiration and connection to plants and learn about their essential role in our own lives and the sustainability of life on this planet.”

Funding for the palm dome restoration project included $13 million from the City of New York, including the Mayor’s Office, City Council, and the Bronx Borough President; $3 million from the LuEsther T. Mertz Charitable Trust; and $850,000 from the State of New York’s Empire State Development Corporation.

The Haupt Conservancy, which has been closed since March 15 because of the coronavirus pandemic, has reopened to the public at limited capacity.