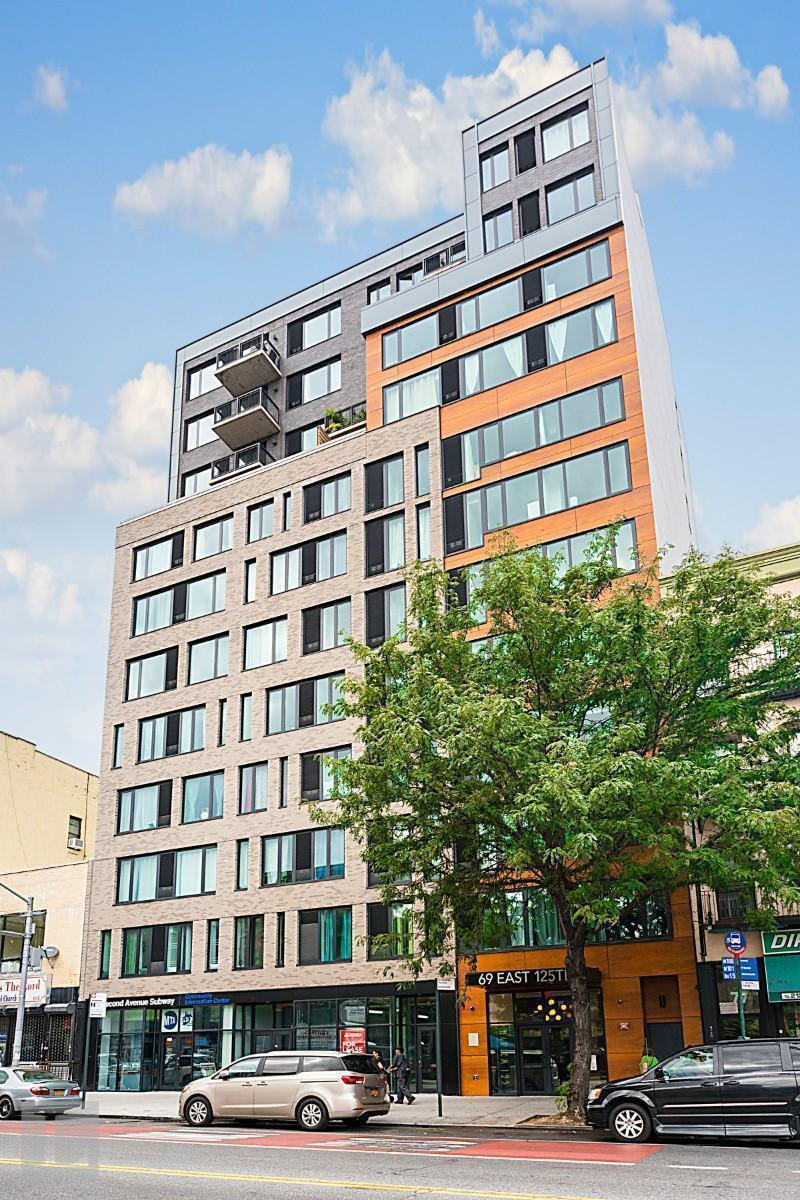 Bloomie, who threw his hat in the ring last November billing himself a “doer and a problem solver” has leased a 3,500 s/f retail space at the base of Harlem 125, a mixed use apartment building at 69 East 125th Street (pictured above).

Built by Greystone Property Development in 2017, Harlem 125 is a rental comprised of a seven-story tower fronting 126th Street and a 12-story tower on 125th Street. It has 75  studio, one-, two-, and three-bedroom units, 15 of which are affordable housing.

Thomas P. Ryan, head of Greystone Property Development, said, “We are thrilled to provide a base for a vibrant operation in the political arena.

“125th Street is an incredibly exciting corridor with everything that’s come online recently, and it’s no surprise that the Bloomberg campaign recognizes the benefits of this location and the bones of the space.”

Bloomberg’s office is on the ground floor on the 125th Street side, next door to the MTA 2nd Avenue Subway Information Center.

The lease was brokered by a team from Winick that included Hal Shapiro, senior director, and Daniel D. DePasquale, director.

The Bloomberg campaign headquarters are located in the old New York Times building at 229 West 43rd Street. According to reports, the 51,104 s/f eighth floor office houses some 300 staffers.

The campaign has made waves by aggressively outspending its’ competitors. Bloomberg spent over $100 million on advertisements by the end of the calendar year 2019; averaging an expense of over $3 million a day since he announced his candidacy.

Bloomberg’s spending on advertising (in one month) rivaled the entire campaign budgets of his four top competitors combined for the fiscal year 2019.

The campaign is not only spending resources towards exposure and office space, but also has been noted for the competitive salary offerings for roles on staff. The campaign offers $6,000 a month to Field Organizers, a role which typically receives around $15 an hour nationally.