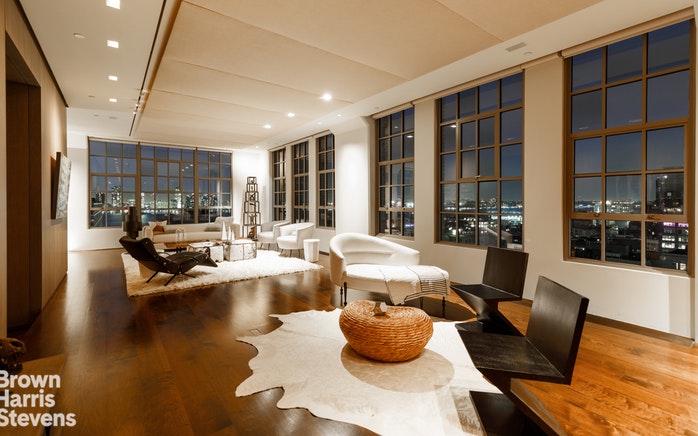 ‘Billions’ penthouse is on the market

According to Ferris, apartment 14B at 145 Hudson is right below the unit where the showʼs Bobby Axelrod now lives.

A 21 ft. entry gallery and swathes of wall and floor space make it an art lovers paradise and state-of-the art fixtures provide comfort and convenience.

According to city records, the sellers are big pharma boss Roger Perlmutter and his wife Joan, who bought it in 2015 for $11.8 million.
Ferris has listed it at $11.8 million.

The gathering of owners, brokers and managers from across the country was inspired by a lineup of speakers including training icon David Knox and Dr. Jessica Lautz, vice president of demographics and behavioral insights at the National Association of Realtors. Philosopher and motivational speaker Matt Ferrara was also on hand to give a speech on the importance and influence of leadership.

Hudson Yards will light up for the holidays with the installation of “Shine On,” a light and music experience.

The light show will launch with a day of live performances on November 29 that will include appearances by the Brooklyn Ballet, acapella group Backtrack, the New York City Gospel Choir, harpist Emily Hopkins, local dance troupes, cookie decorating with William Greenberg and more.
Artist Christopher Schardt will make his NYC debut with a series of star-shaped sculptures with lights set to a classical soundtrack.