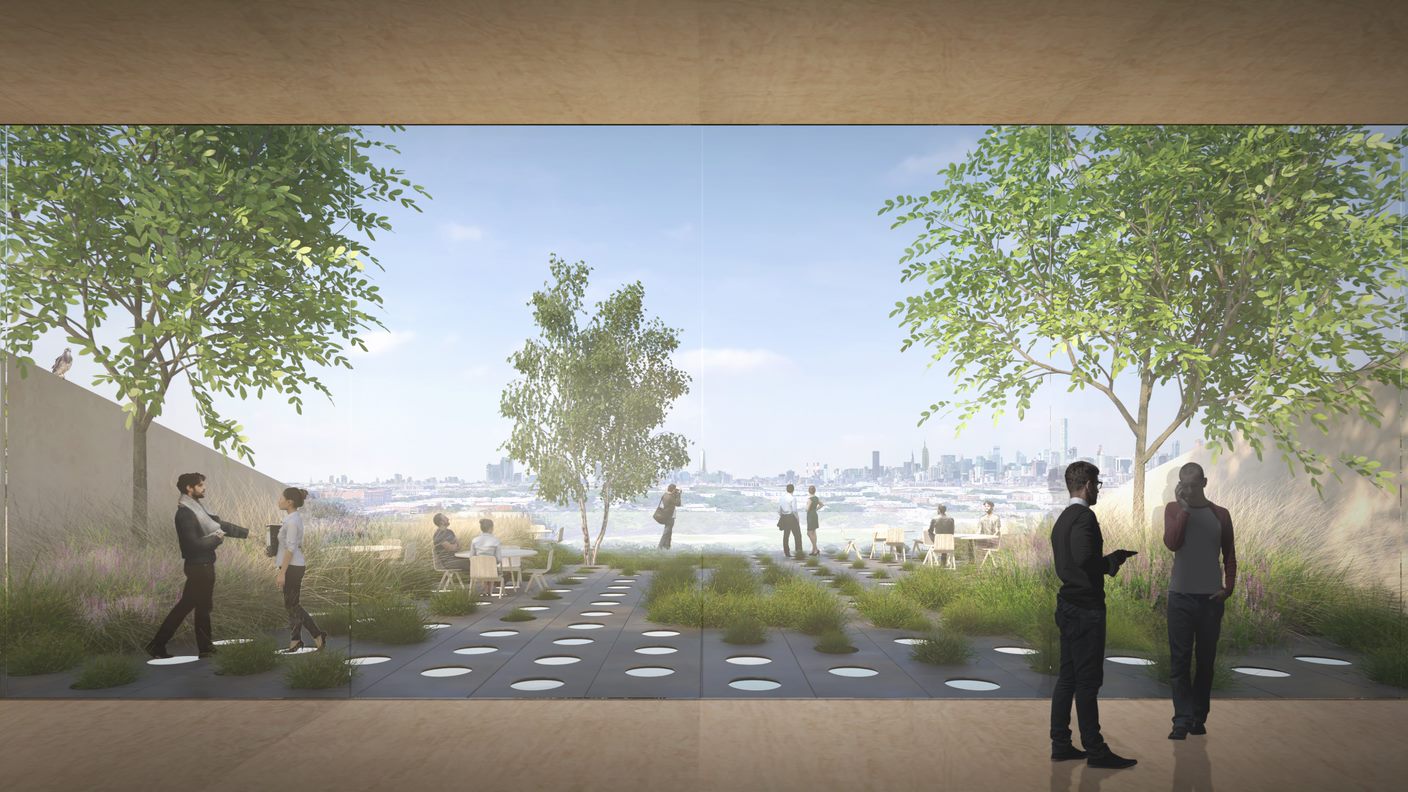 The dynamic Bjarke Ingles has stamped his mark on the film industry with a blockbusting “vertical village” film studio backed by Robert De Niro.

The adroit Danish crafstman has created what developer Wildflower believes will be the future of modern film and media production on the site of the former Steinway Piano storage warehouse in Astoria, Queens.

“This studio is a testament to the strength and future of the New York film and television production industry. Completion of this project ensures that future generations of producers, directors, writers, and storytellers will play a vital role in filmed entertainment in New York for years to come,” said Robert De Niro.

The first renderings of the $400 million 650,000 s/f Wildflower Studios building promise a mix of interconnected spaces, including a range of stages, production-support areas, open and private offices, and lounges located along Steinway Creek.

“It has been incredible to work with such an iconic cast of collaborators from all aspects of visual media to imagine the future of film production in New York City. Due to the unique space conditions of working on an urban site, we were challenged by Wildflower to distill all the physical, logistical, technical and experiential aspects of film production into a one of a kind vertical village for film,” said Bjarke Ingels, Founding Partner and Creative Director at BIG.

The construction comes at a time when the film and television industry in New York is growing at a rapid pace. The plans are being filed with the New York City Council, which is expected to review the application for minor height amendments and community waterfront access.

Representatives from Wildflower Studios have been meeting with local officials and incorporating community feedback on the proposal for months. Wildflower will provide parking, public water access, and land conservation areas for the neighborhood to enjoy.

“The city of New York is the perfect place to bring our vision to life. This studio is a huge step in continuing to grow the media and entertainment production industry in New York,” said Raphael De Niro.

“Our work in the greater New York area film industry is exemplified by this studio. We are creating a place where we can bring people together to celebrate the industry while empowering and training future generations of producers, actors, and artists,” added Rosenthal.

In recent months, Netflix has announced that it’s bringing new soundstages to Bushwick, Silvercup Studios opened an outpost in the Bronx, and Steiner Studios is exanding its Brooklyn Navy Yards headquarters with additional space, including six soundstages.

Led by Gordon and Matthew Dicker, Wildflower Ltd. has stated it is on a mission to challenge the assumptions on which film studios have been built in the last century and apply forward-thinking architecture and design to accommodate for the needs of content creators moving forward.