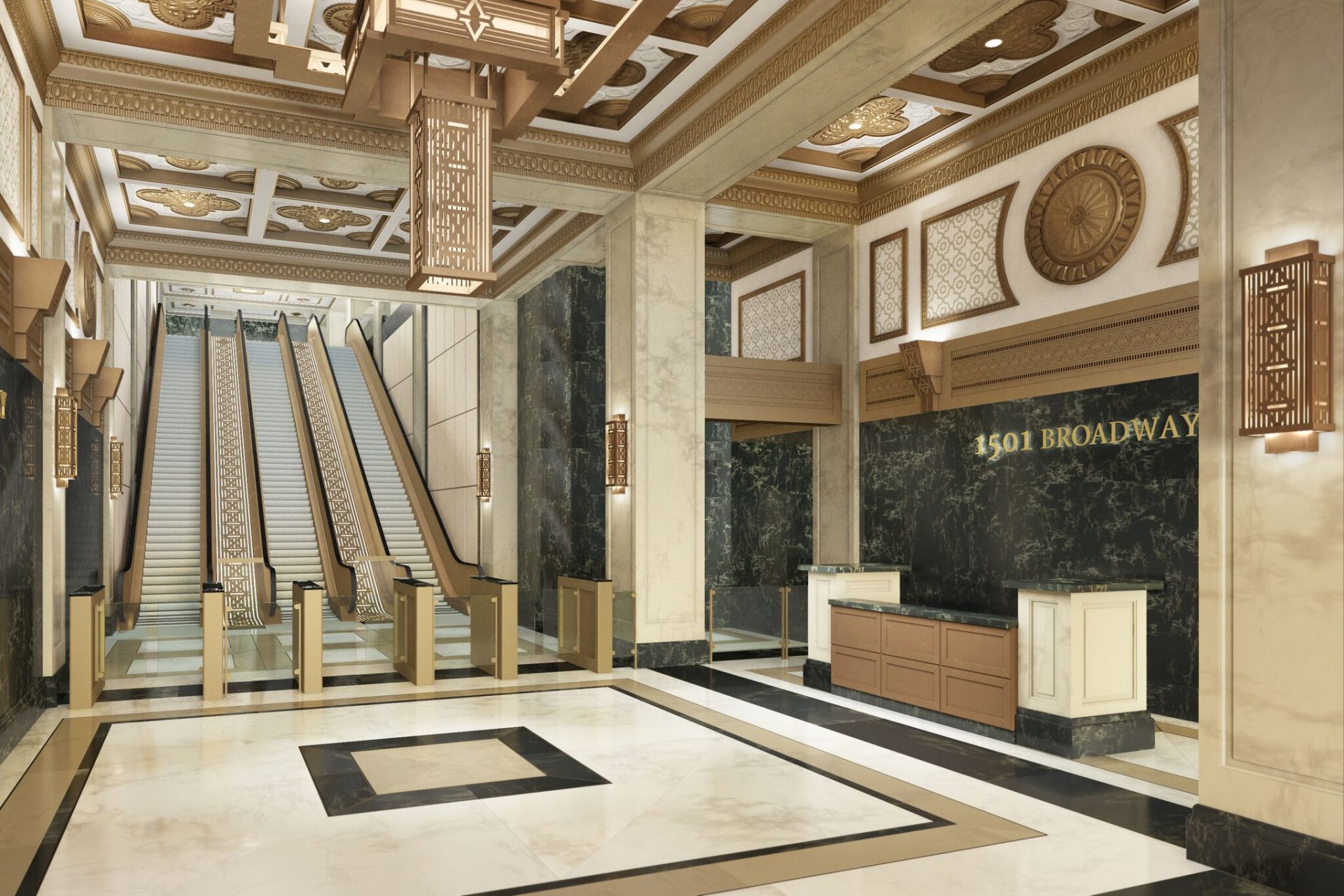 AY closes on 72,000 s/f in leases at upgraded Paramount

A new multi-story, award-winning Art Deco building lobby has been officially completed at the iconic Midtown Manhattan office property 1501 Broadway, also known as the Paramount Building, in the Theater District.

The introduction of the new lobby represents the final stage of a $50 million capital improvement program completed by ownership that added state-of-the-art amenities to the 33-story building’s historical charm.

The completed renovations have increased tenant interest in 1501 Broadway as the New York office for Avison Young, the exclusive office leasing agent for the building, is announcing approximately 72,000 s/f of new leasing activity at the property, all closing within weeks of the introduction of the lobby. The transactions include the following:

• A new, 18,680 s/f 10-year lease on the partial 10th floor for KIPP Foundation & KIPP NYC, a non-profit charter school organization. The tenant is moving from their previous location at 520 Eighth Avenue and their new space at 1501 Broadway also features an outdoor terrace.
• An 18,332 s/f lease extension and expansion across the entire ninth floor for the American Federation of Musicians of the United States and Canada. The prominent organization, the labor union representing professional musicians throughout both countries, has also been a longstanding tenant at 1501 Broadway.
A new, 16,657-square-foot, 15-year lease on the 11th floor for EC New York, a leading school for teaching English to adults. The organization is moving from their previous location at 1450 Broadway.
• A 17,656 s/f lease expansion for engineering firm and long-term tenant Hardesty & Hanover, LLC, across the entire sixth floor of the building. This expansion will cover the remaining 12 years of their lease and will bring their total footprint in the building to over 52,000 s/f.
Avison Young has served as the exclusive leasing agent for 1501 Broadway since 2012. The team representing ownership in these recent transactions includes Principal and Tri-State President Arthur J. Mirante, II, Principal Michael Gottlieb, and Associate Joseph Gervino.