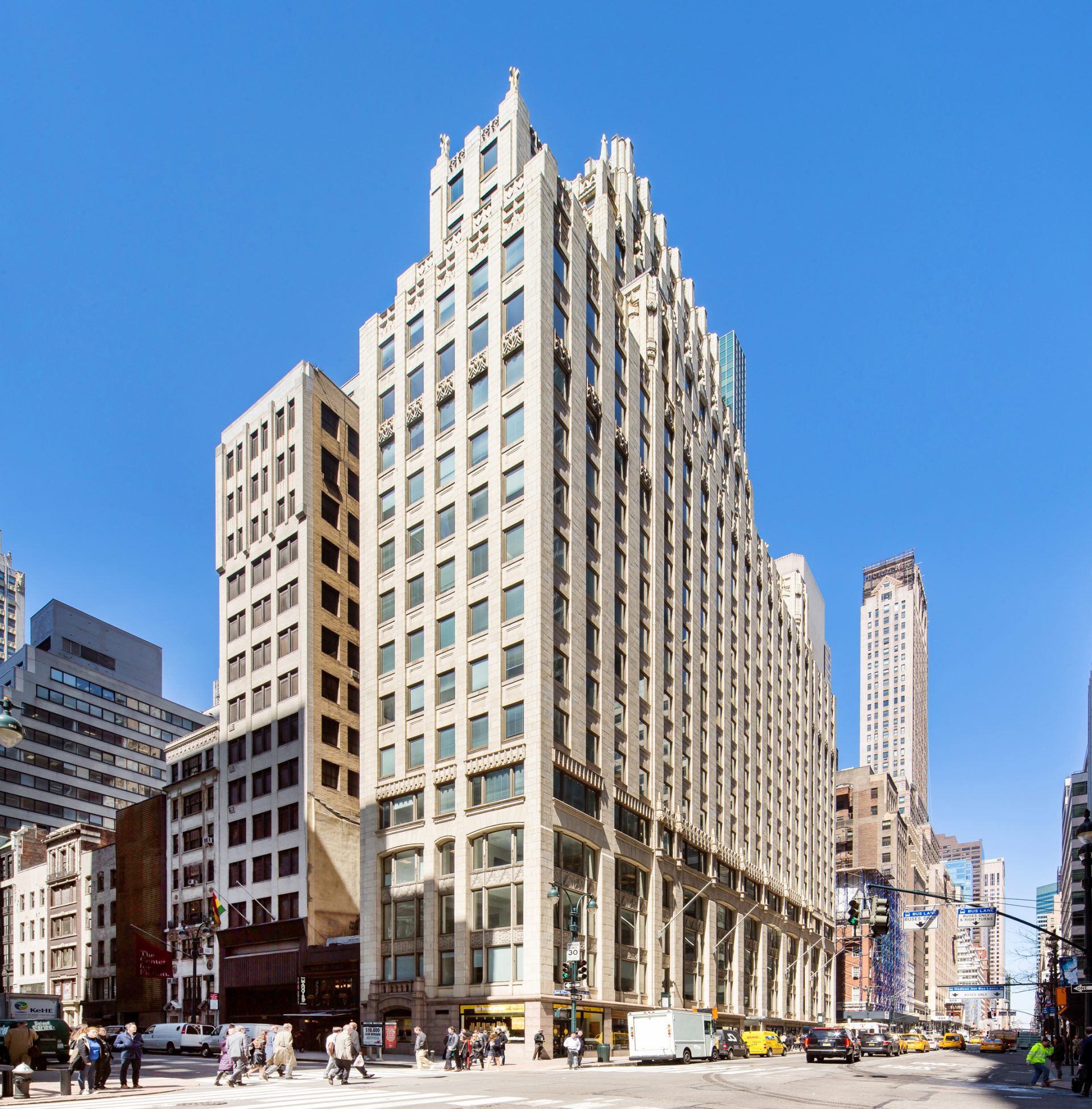 The building is more than 95 percent leased with more than 40 tenants, including Citi Bank, Bluestone Lane, Robert Marc, Kamakura and The Tie Bar.

After purchasing the landmarked building from Macklowe Properties in 2012 for $139.4 million, ASB made capital improvements to the 1920s-era façade as well as internal common areas. It then put the tower on the market in 2016.

ASB Real Estate, a division of ASB Capital Management, executed the deal on behalf of its $7.3 billion Allegiance Real Estate Fund. The company has more than 160 assets in 14 markets, dabbling in office properties, multifamily housing, retail and industrial space.

Despite being nearly 90 years old, the company credits the building’s “best-in-class boutique” standing as well as its close proximity Grand Central Station for its strong market value.

“We took the opportunity to harvest the investment after successfully enhancing the building through our value-add strategy and taking advantage of buyer interest in securing a core asset in a prime Midtown location,” ASB Senior Vice President Brodie Ruland said in a press release.

Harry Macklowe purchased the 400 Madison in the 1998, scooping it up during the previous owner’s bankruptcy proceedings. Harry Macklowe’s son, William Macklowe, took the property with him when he started his own company in 2010.

Another round of façade work is under way at the ornate building, which sits between 47th and 48th Streets. That work is expected to wrap up next year, a Pillsbury spokesman told Real Estate Weekly. Macklowe Management still oversees the property.

Daishin Securities has been active in the New York market this year. In September, the bank teamed up with Alchemy Properties on a $158 million acquisition of a pair of college buildings on the Upper West Side.

The partnership plans to reposition the Collegiate School properties on West End Avenue as high-end condominiums.