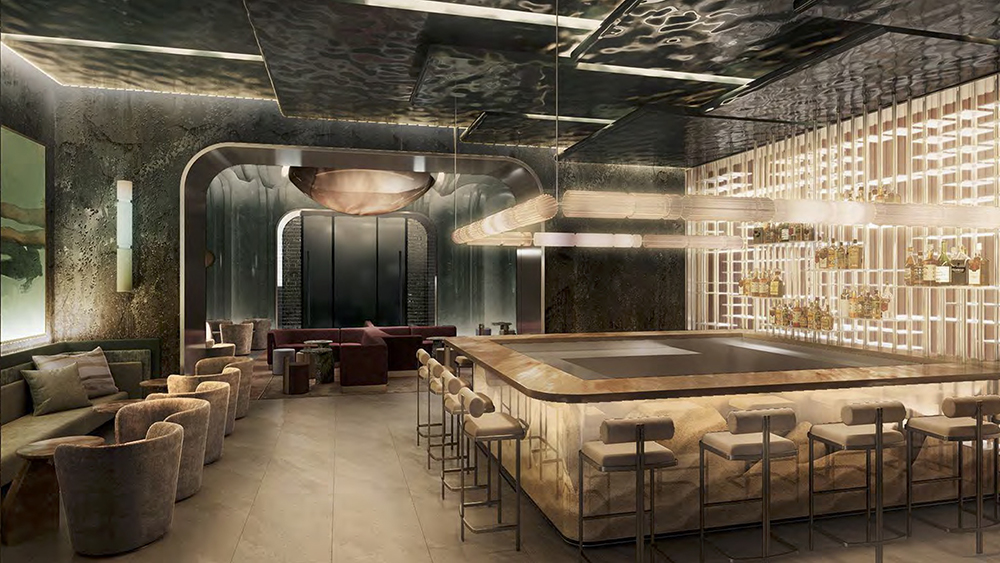 Ghost kitchen pioneer Sam Nazarian is set to take a giant leap into the future of dining next month when he opens his first brick and mortar concepts at Brookfield’s Manhattan West in NYC, and later, the Phipps plaza mall in Atlanta.

For the first time, Nazarian will blend the virtual and the real as his company, C3, looks to cash in on an explosion in food delivery while building his brand with tasteful sit-in restaurants designed to tempt New Yorkers out of their enforced COVID hibernation and back into the world.

He’ll do much the same in Atlanta when Simon Properties opens its redeveloped Phipps Plaza at the end of 2022, opening a 24,000 s/f Citizens that will offer sit-down dining, pick-up and local meal delivery.

Citizens is being viewed as part of the evolution of the restaurant sector as ghost kitchens – where multiple chefs or brands can operate from one rented space to provide delivery only dishes  – combine with stand-alone venues, therefore cutting out the middleman, in this case apps like Grubhub and Seamless.

Nazarian – a successful hospitality executive who’s sbe company has operated in the space for the past two decades – founded C3 (short for Creating Culinary Communities) in partnership with Simon Properties and the Accor hotel group in 2019 and set about opening over 200 ghost kitchens, where chefs can produce delivery only food from a kitchen they share with other chefs, just like a co-working space.

He also created C3’s own digital brands including Umami Burger, Krispy Rice, Sam’s Crispy Chicken, EllaMia, In a Bun, The Other Side and Dani Garcia’s El Pollo Verde.

The next step was their own delivery platform. Called Citizens Go, the app has already launched across the US and gives people the opportunity to order food from C3’s entire ghost kitchen network of over 200 restaurants.

At Manhattan West, Citizens will have one kitchen that 15 brands will operate from (whereas in a traditional food hall, all the vendors are operating out of their own space). The employees are all cross trained across every brand, and able to work on everything from a crispy chicken nugget to a Michelin-starred feast.

“We spent the last year expanding our delivery-only concepts and closed out 2020 with close to 200 digital kitchens, 15 brands, 1,200 employees and 1.1 million meals served,” said Nazarian.

“Now with Citizens, we’re bringing our brands into the experiential space, partnering with Brookfield Properties and Simon to open within two of the most highly anticipated developments in the country.

“Atlanta and New York are dynamic, culinary-centric cities whose restaurant industries have significantly suffered this past year. With Citizens, we aim to bring fresh energy, variety and employment opportunities to these culinary spaces at a time when diners are beginning to look forward to immersive, in-person dining experiences again.”

At Manhattan West, Citizens is set to open in July 2021. The two-floor venue will include up to nine separate food hall kiosks and a range of fast casual options from modern American to Asian-fusion an including C3 brands S Bar, Umami Burger, Krispy Rice. Citizens will also have boutique wine shop with interactive classes for guests, an EllaMia café and a central bar serving pastries during the day and craft cocktails into the evening. One of the anchor restaurants, Katsuya, is making its NYC debut and will offer a contemporary take on traditional Japanese dishes crafted by Chef Katsuya Uechi, while another, Casa Dani, will be a Mediterranean dining concept with Spanish flare developed in collaboration with three Michelin star Chef Dani García.

The Citizens space was designed by David Rockwell and features plenty of open pathways for easy browsing, grab and go and meal pick up service as well as geometric food counters, brand imagery and low lighting to create an ambiance more reminiscent of an upscale restaurant than a traditional food hall.

“We’re thrilled to welcome Citizens’ elevated culinary concepts to Manhattan West, introducing New Yorkers and visitors not only to a brand-new dynamic neighborhood, but a new way of thinking about fast casual dining revolutionized by the team at C3,” said Jason Maurer, Senior Vice President of Retail Leasing at Brookfield Properties.

“Manhattan West will open this year as a high-energy destination for food, culture and entertainment unlike anywhere else in New York, and Citizens is the perfect fit – offering unparalleled dining experiences, day and night.”

Everything available in the food hall will also be available via the CITIZENS GO app for delivery and pick-up. The app, developed in partnership with Lunchbox  enables guests to bundle delivery or grab-and-go options from different Citizens vendors in a single order.

The second Citizens will debut at Simon Property Group’s Phipps Plaza in Atlanta in 2022.