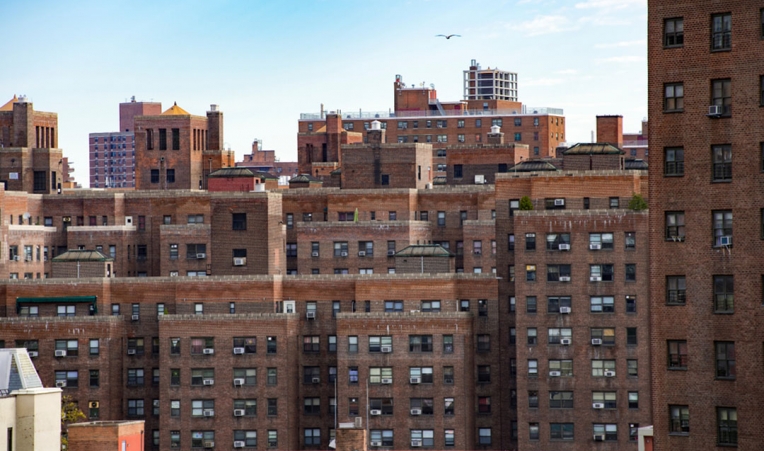 New figures from the Rent Guidelines Board paint a grim picture of the city’s stock of stabilized housing, according to landlord groups.

“This is the formula for a housing disaster – and coupled with the draconian changes to the state rent laws last year, we are heading down that road fast.”

In its latest Income and Expense Report, which the city uses to calculate annual rent increases on rent-stabilized housing units, the RGB found net operating income of rent-stabilized landlords fell in 2018 for the first time in more than a decade.

The drop in annual income “does not reflect the current economic condition of the New York City rental market,” the RGB wrote in reference to the current coronavirus pandemic that has disrupted the entire rental market.

While he has yet to comment on the new figures, Mayor Bill de Blasio said last week that the RGB ’s review process for this year is being carried out remotely, but he called for a rent freeze that would help the thousands of New Yorkers who have been laid off as a result of the corona virus.

“The greatest economic crisis in generations, thousands of New Yorkers with no livelihood overnight,” de Blasio said. “I think the facts are clear: We need that rent freeze, and we need it now.”

However, the RSA has accused the mayor of playing politics with the numbers.

“The RGB data proves that it is time to return to adequate rent increases, not politically motivated rent freezes directed by the mayor,” said Strasburg.

“While Mayor de Blasio played politics over the last six years, RSA warned that if the Rent Guidelines Board continued to ignore their own data and enact historically low rent increases that under-compensated building owners, net operating income would eventually decline. The RGB Income and Expense Study paints a real picture of what’s happening to the city’s aging housing stock. These two-year-old numbers show the initial signs of economic distress brought on by the de Blasio rent freezes that has only gotten worse over the last two years.”

“We have now seen a decline in Net Operating Income, operating expenses increasing faster than building income, rent collections continuing to decrease and the number of distressed buildings increasing. The Mayor’s RGB continued to enact minimal guidelines, while RSA stated year after year that these would be the end results. It’s a straightforward and simple analysis – rent is income that pays for building expenses.”

The proportion of distressed properties citywide rose 0.4 percentage points, to 5.4 percent and the audit-adjusted cost-to income ratio was 60.5 percent, an increase of 1.2 percentage points from the previous year.

Jay Martin, executive director of Community Housing Improvement Program (CHIP) said, “This report is crystal clear.  Rent-stabilized property owners saw their incomes decline from property taxes and other operating costs skyrocketing, while the RGB adopted rent freezes and otherwise minimal rent increases.  The report even admits that financial conditions will get worse in years to come because of new restrictions passed by state lawmakers.

“The RGB cannot deny that rent-stabilized building owners are once again being forced to do more with less.  They cannot continue on the path of making it outrageously expensive to provide housing, and then claim owners are in the wrong to ask for equitable increases to cover growing costs.”

Last year, the RGB voted to raise regulated rents by 1.5 percent for one-year leases and 2.5 percent for two-year leases. A rent freeze would mean no increase for the period between 2020 and 2021.