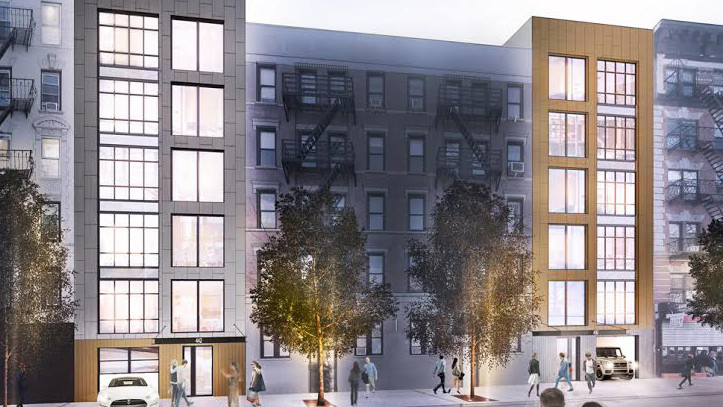 The Amirian Group is set to bring two new luxury residential buildings to the East Village after securing a $17 million construction and development loan from the Bank of the Ozarks.

“The price point is that sweet spot of $3 million,” said Amirian’s founder and CEO David Armirian while discussing the development’s appeal with Broker’s Weekly. He pointed to the residences’ sub $2,000 per s/f rate as a draw for future buyers.

The project, which is known as Thirteen East + West is slated to be a two-building condominium that houses 12 units evenly parceled amongst the dual six-story structures. The residences will range from two to three bedrooms and each building’s penthouse will have its own private garages and roof decks.

“What sold me and Cooper-Horowitz, Inc. on the developer was David’s sheer attention to development, design, marketing and price point to end user, who are specifically looking for a niche product in one of the hottest residential markets in the city,” said Richard T. Horowitz, principal of the lender of the originator of the loan, Cooper-Horowitz. 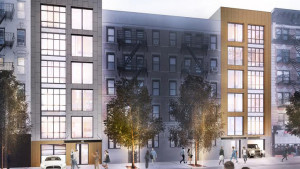 “Cooper-Horowitz, Inc. continues to see clients with either development transactions seeking construction financing as well as existing property owners looking to refinance their assets. There is a specific end user for both rental apartments and condominiums which will continue to flourish in the East Village,” he added.

Ryan Serhant of Nest Seekers International will be handling the sales end of the project and he emphatically concurs with Horowitz’ bullish attitude towards the neighborhood.

Saying that he currently has in excess of 300 potential clients expressing interest in purchasing property in the East Village, Serhant told Brokers Weekly that he wishes he had invested in the area himself sooner.

“I would like to be Jean-Claude Van Damme in the movie Timecop,” jokes Serhant. “I’d go back in time to buy.”

“The two best investments you can make in real estate in New York City is East Village and GreenPoint and the East Village right now is like IPO pricing.”

As for this particular project, Serhant feels those getting in now will be very pleased with their purchase.
“There’s nothing like this in the East Village to buy right now,” said Serhant. “It’s going to be so in-demand.”

He pointed to the project’s large ceiling heights, sizable windows and revolving front doors. He also commented that double the amount of time spent on some larger buildings was put into the final plans and designs of Thirteen East + West.

The Amirian Group initially acquired 436 & 442 East 13th St. for $9.5 million last January. At the time, the buildings were both parking garages.

Arminian expects to begin construction in March of this year and is optimistic that the finished product can be delivered in the Spring of 2017.