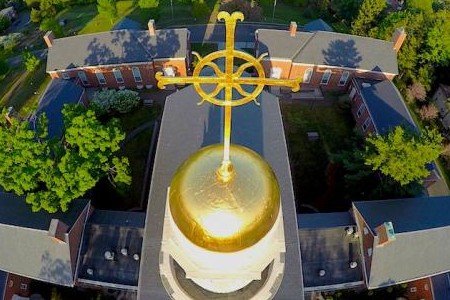 Born in Prague in 1933, Mr Kliment was one of several hundred children whom the humanitarian Sir Nicholas Winton brought to safety in England during the Second World War. He was later schooled in France and Cuba before studying architecture at Yale, where he received his B.A. in 1954.

After serving with the U.S. Army in Europe, he returned to Yale to complete his M.Arch in 1959, and upon graduation won a Fulbright Fellowship to study the history and evolution of urban spaces in Italy.  He joined Mitchell/Giurgola in 1960 as the firm’s first full-time staff member, and later opened their New York office. In 1972 he founded Kliment Halsband Architects with his wife Frances.

Robert practiced a humanistic architecture that engaged thoughtfully with historical and cultural contexts while also leaving the way open to future uses and needs. As a practitioner, he brought a rigorous precision to the everyday craft of design.

Prominent works on which he was the principal designer include the computer science buildings at Princeton and Columbia, the renovation of the Yale Divinity School (pictured top) and federal courthouses in Brooklyn, New York, and Gulfport, Mississippi.

His firm won numerous awards, including the AIA’s highest honor, the Firm Award, in 1997, and the Honor Award from the AIA’s New York chapter a year later.

In its citation for the Firm Award, the AIA jury described the work of Kliment Halsband Architects as “a quiet and persuasive architecture that speaks to the best traditions of our profession.”

Weng on leaving Greenland and movement of Chinese investment