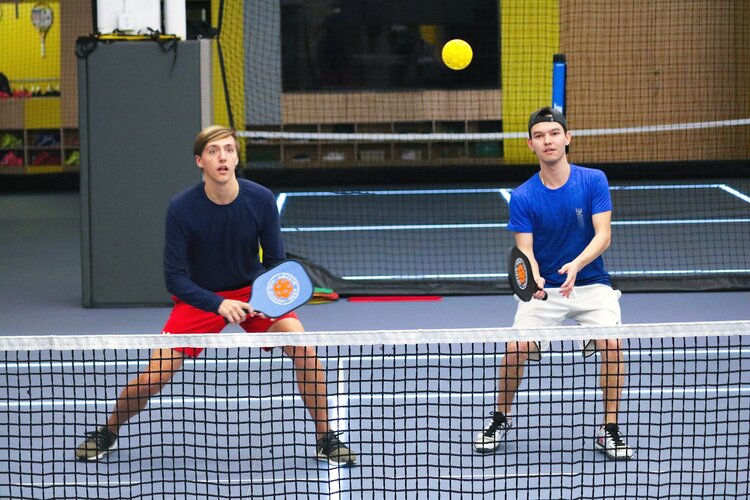 Pickleball — a cross between ping pong, tennis and badminton — is among the fastest growing sports in the nation, according to the Sports & Fitness Industry Association.

It is played on a court that is about a third of the size of a tennis court, and uses a paddle and a pickleball, a colorful perforated hard plastic ball.

“We had numerous inquiries for the vacant space, as there is limited industrial availability in the Flemington marketplace,” said Shein.

“The building, having clear span, a 21 ft. ceiling height and being fully air conditioned and zoned for recreational use, attracted interest from various sports-related groups,” he added.

A September grand opening is planned. “We wanted to creat and experience that combines fitness, competition, entertainment and community and can be enjoyed by all ages. We believe the sport of pickleball and the facility at 19 Royal Road provide us the right combination to realize our goal,” stated Lugue.

According to the USA Pickleball Association (USAPA) its membership has risen tenfold in the past seven years to 40,000 members and the number of active Pickleball players in America has surged to 3.3 million.

“Currently, the sport of pickleball is exploding in popularity,” says the USAPA website. “The spread of the sport is attributed to its popularity within community centers, PE classes, YMCA facilities and retirement communities.

“The sport continues to grow worldwide as well with many new international clubs forming and national governing bodies now established on multiple continents.”

The game was created in 1965 by Washington State Congressman Joel Pritchard and his friend Bill Bell when they couldn’t find all of the equipment they need to play badminton and improvised with ping-pong paddles and a perforated plastic ball. After inviting their buddy Barney McCallum to play, the three men created rules that would work for a whole family to play together.