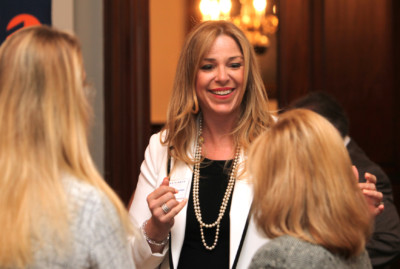 Another high-level departure at Colliers as Brennan exits for CBRE

In another high-level departure at Colliers in New York, COO Kim Brennan (pictured top) has left the firm for CBRE.

And it follows rumors of dissent among leaders at the Canadian-headquartered Colliers following a major shake-up of its top ranks earlier this year.

At that time, Marty Pupil, President | U.S. Brokerage, said, “Growing our New York business is a top priority for Colliers. Attracting a well-respected brokerage leader like David is evidence of our dedication to growth as we continue to strengthen our operations regionally, nationally and globally. Under his leadership, I expect our Eastern Region to gain significant market share, increase our new business wins and acquire additional top-tier talent.”

Joseph A. Cabrera, Vice Chairman – Eastern Region told Real Estate Weekly today, “Colliers is experiencing tremendous momentum in the Tri-State region and is performing better than ever in New York City. The firm is attracting the best talent in New York and across the Northeast and we are excited about our continued progress.”

CBRE announced this morning that Kim Brennan, one of the city’s most prominent female commercial real estate executives, has joined its New York leadership team.

“Kim is a great addition to our management team,” said Van Buren. “She is deeply knowledgeable of the New York real estate market, knows how to drive business, has great people skills and is highly regarded by our senior professionals.”

Brennan joins CBRE after three years serving as COO for the tri-state region of Colliers. Before that, she was a Market Leader for Cushman & Wakefield in New Jersey for 10 years and the highest-ranking female commercial real estate executive in that state.

She began her real estate career in 1993 as market research manager at Insignia/ESG, which CBRE acquired in 2003, and rose to the position of director of brokerage services with CBRE in Midtown.

A graduate of Seton Hall University with a BA in Political Science, Brennan has received numerous accolades during her career. She is a licensed real estate broker in New York, New Jersey and Connecticut and an active member of several key industry organizations, including NAIOP and CREW.