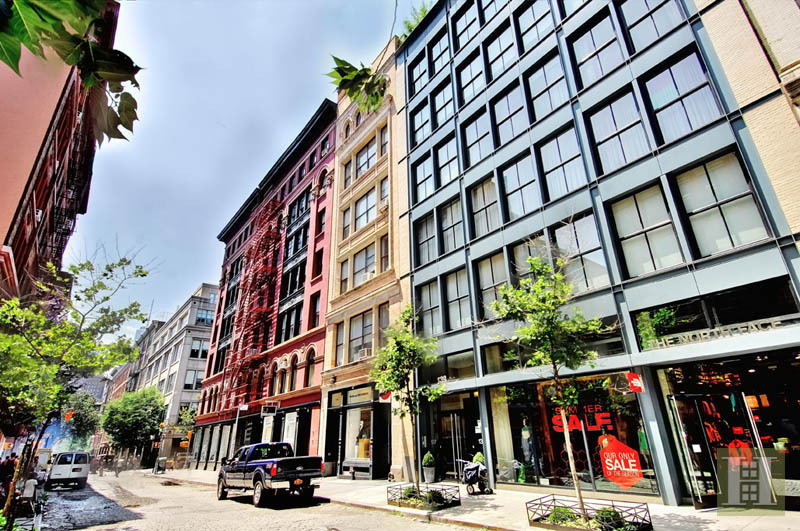 In the lexicon of New York real estate families, the Bhatias’ story is unique if for no other reason than it begins, not in Manhattan or any of the five boroughs, or even in New Jersey, but rather in 1940s India.

Arun Bhatia brought the family name to the city’s real estate market in 1977, leaving the security of his father’s development company in Bombay to strike out on his own.

Now, almost 40 years and 2,000 apartments later, he is joined by his son, Anand, who hopes to carry his family’s legacy to new heights.

“We’ve done about a billion dollars in development value from when my dad started,” Anand Bhatia told Real Estate Weekly during a recent interview.

“I kind of started out on third base and, to begin with such an advantage, I feel like I should be able to do more and grow the business even faster. The next billion should come in the next 20 years.”

The elder Bhatia remains the president and chief executive of his eponymous company, the Arun Bhatia Development Organization, but Anand has played a significant role since he joined the firm in a full-time capacity upon completing his Masters of Business Administration at Columbia University in 2016 after a four-year stint in the Tishman Speyer Leadership Development Program.

As vice president of acquisitions and business development, Anand Bhatia said his primary focus is on the company’s finances — handling more than $150 million in transactions in the past year — and finding new investment opportunities. Also, as the firm’s resident young person at age 29, he’s taken it upon himself to play the roles of devil’s advocate and voice of dissent within the company.

“If you’re in a room and nine people all agree on something, it’s the tenth person’s job to take the other side to make sure all the bases are covered,” Bhatia said. “I try to force myself to be the 10th man and ask what if: What if this doesn’t work? What if things change?ˮ

Arun Bhatia left India’s capital, then known as Bombay, in the 1970s to attend the University of Wisconsin. Rather than rejoin his father, Ishwardas, at his firm, Ishwardas Bhatia & Company, he moved to New York with $10,000, bought a pair of foreclosed homes in Whitestone, Queens, renovated them, flipped them and funneled the profits into his next project.
After his brief dalliance with single-family homes, Arun shifted his focus to exclusively ground-up, multifamily developments, eventually expanding into dormitory construction for universities in the city. Some projects were sold while others remain in the folder of Bhatia’s subsidiary, AIB Management.

Arun said he’s not surprised Anand followed him into the real estate field, although he said it was never something he wanted to force upon his son.

“I didn’t want to push him because I’ve seen people who’ve pushed their children into doing things and the results were not so good,” Arun said. “If it was something he wanted to do, I would support it. When he himself chose to do his MBA and major in real estate, I was very happy about it.”

As a child, Anand said he spent so much time in and around work sites that he had his own small construction helmet. Encouraged not only by his father’s line of work but also his mother, Asmita, a former real estate strategist with Citigroup, Bhatia’s interest took root early and grew through various internships during his time at Carnegie Mellon’s Tepper School of Business.

After he graduated in 2010, he was chosen for the selective Leadership Development Program at Tishman Speyer. During his four years there, he got hands-on training and experience in portfolio management, sustainability as well as design and construction.

Though much of his work was focused outside the New York market, he said the rotation gave him important experience and allowed him to work on a handful of iconic Manhattan properties, including the Chrysler Building and Rockefeller Center.
“Working at Tishman Speyer for the time that I did and with the people I did was one of the most important things that I’ve done for my career,” he said.

“There were two main things I took away, the first was understanding how holistic the real estate industry is and the second was the importance of looking for opportunities where others might not see them.”

Although he enjoyed standing on his own during his time with Tishman Speyer, Anand said he craved the entrepreneurial risks of a smaller company, so a move back to his father’s company seemed inevitable.

However, the unexpected death of his father’s top engineer, Henry Goodhue, in mid-2013, spurred Bhatia to speed that process along.

He wound down his residence at Tishman Speyer, enrolled in Columbia’s MBA program and began going to work with his father between classes and exams.

“I would show up to a final in a suit and tie because that afternoon we would be meeting with a potential lender,” he recalled.

Moving forward, Anand said he wants to grow the family business by developing more capital-generating assets, remaining focused on multifamily projects and dorms as well as other types of in-demand products, including senior housing.
As for Arun Bhatia, he enjoys the fact that he can work side-by-side with his son to run a billion-dollar company just a few decades after arriving in this country with $10,000 and a dream. The thought of it, he said, recalls a comment he made to Real Estate Weekly 11 years ago.

“I still believe America really is the land of opportunity,” he said. “With hard work, determination and even a little luck, you can truly live your dream.”