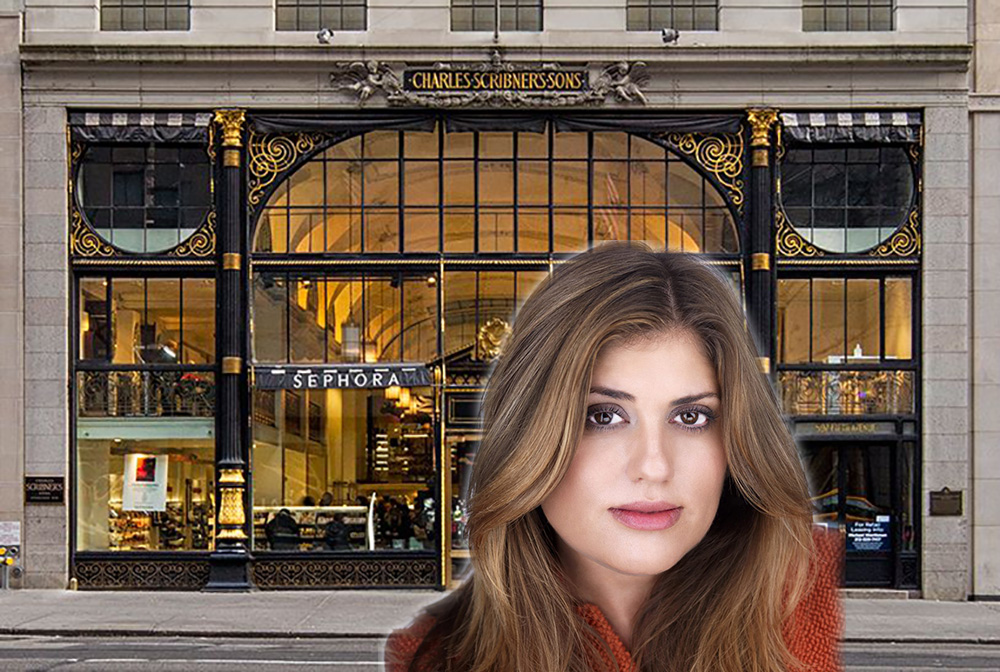 Amira Yunis, the smalltown model-turned broker who conquered the New York City retail market, has died at the age of 51 following a battle with cancer.

An executive vice president in the Retail Services Group at CBRE, Yunis was one of the top performing brokers in the city, specializing in national rollouts for new and international retailers, and a recipient of the Real Estate Board of New York’s York’s Ingenious Deal of the Year Award for representing New York University in bringing Trader Joe’s to its first Manhattan location at 14th Street in 2006.

Born in Richfield, Minn. to a Chilean mother and Lebanese father, Yunis was one of five children whose Middle Eastern and Latino features drew unwanted attention that she ultimately turned to her advantage, landing a modelling contract with Ford that took her around the world before she settled in New York City in 1996 as a young single mom with big ambitions.

She took a job as a waitress before landing a gig with a property management firm that opened her eyes to a world that she was determined to be part of and, before long, she was renting out apartments and office space around the city.

In 2000, the ambitious young broker caught the eye of Newmark, and she joined the firm’s powerhouse retail team. Over the next several years, she pushed her way to the top of the brokerage heap with deals that turned heads in the male dominated sector.

She put the power lunch hot spot Capital Grille in the Chrysler Building (above) and built a years-long relationship with beauty chain Sephora that started with a lease in the Scribner Building at 597 Fifth Avenue that Yunis maintained was “the most beautiful store in New York.”

By 2006, she was bringing Newmark $10 million a year in business and was hailed as Ingenious by REBNY for her Trader Joe’s deal. Yunis capped her time with the firm by becoming the first female principal in its New York office before joining CBRE in 2011 where the landmark deals continued to roll in.

She continued to fill her resume with all the big names, from H&M to Breitling, Lacoste to Patagonia and her success as a tenant rep soon had the city’s biggest landlords seeking her expertise on filling empty space across New York.

In 2013, however, Yunis was confronted with the biggest challenge of her life when she was diagnosed with sarcoma in the hip. With the support of her husband Dudley Hancox, their three stepchildren and her son Anthony, Yunis battled the rare cancer with the help of doctors at Memorial Sloan Kettering Cancer Center (MSKCC) and was cancer free for five years before the disease struck again in 2018. She underwent surgery at Houston Methodist and was treated with chemotherapy at MSKCC that targeted the sarcoma now in her heart.

She was then further diagnosed with a glioma in the brain in November 2020. In a statement, the Sarcoma Foundation of America (SFA) said she succumbed to the disease in early September 2021.

“Her family is forever grateful to all [those] physicians, nursing staff and therapists who were able to keep Amira in full battle mode as long as she was able,” said SFA, whose work Yunis championed as a board member and fundraiser. “Amira’s work with the Sarcoma Foundation of America and to better the lives of sarcoma patients was her passion.  She was dedicated to increasing research funds and finding new treatment options for patients.  Amira was incredibly proud to be the 2014 recipient of the Stand Up to Sarcoma Courage Award which she received for her strength and courage for not only fighting her own battle with sarcoma but for her commitment to finding a cure for sarcoma.”

Amira’s family has created the Amira Yunis Fund and suggest donations in her in name at www.curesarcoma.org/amira-yunis/.

“Amira was a friend and a colleague who had time and energy for everyone who crossed her path,” said Adelaide Polsinelli, vice chairman at Compass. “She was a trailblazer not just for women in our industry but for all brokers with her dedication to work and her profound commitment to helping others in any way she could. This is a devastating loss to our industry but Amira will be most remembered as a loving wife and mother and as a loyal and compassionate friend.”

Laurie Golub, COO at Square Mile Capital Management called her ” one of a kind.”

“Amira entered the room and you immediately felt her presence,” said Golub. “She was an amazing combination of warmth, smarts, beauty, sense of humor and tenacity.  She left her mark on our industry and will be greatly missed.  I was lucky to call her my friend and cannot believe she is gone.”

Longtime pal Nina Roket, of Olshan Frome Wolosky LLP, said, “Amira’s energy and spirit were immeasurable.  She was always the life of the party.  She was magnetic, giving, caring, genuine, loving and generous. Her smile was intoxicating.  She was taken from us far too soon but her accomplishments could have spanned many, many lifetimes.  Her passion for her work and love of life and the people in her life made her one of the most special people I have ever met.  She fought a long hard battle and did what she needed to do in this world.  She was my best friend.  I love you Amira.”

Years long battle over 200 Amsterdam ends with win for developer