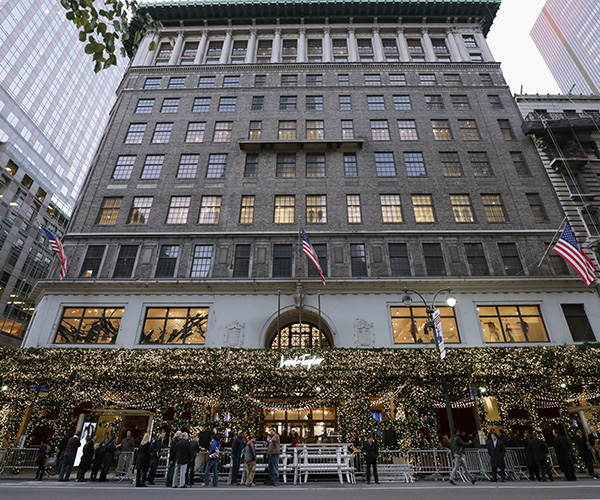 A year after closing on its $850 million purchase of the Lord & Taylor building at 424 Fifth Avenue, WeWork has officially sold it for $978 million, according to city records.

Amazon has taken the Fifth Avenue landmark off the hands of the co-working giant following a tumultuous year as it juggled to fund its purchase and renovation of the 11-story, 660,000 s/f property.

Neither Amazon nor WeWork responded to emailed requests for comment on the deal, but it has been reported that the e-commerce behemoth plans to use the property as its New York City headquarters, housing several thousand employees.

The long-rumored sale has been in the works for several months. The sellers, a joint venture between WeWork’s parent company and the hedge fund Rhone Capital; and Hudson’s Bay Co., the owner of Saks Fifth Avenue, initially planned to lease the building to WeWork, which announced a gut renovation to transform the department store into a showpiece co-working headquarters.

That plan quickly went south as the cost of buying the building inflated rents the company’s leasing arm couldn’t afford.

After its scuttled IPO, WeWork hinted it was looking to sublease the building at 424 Fifth Avenue following the closure of the Lord & Taylor store as part of the retailer’s own effort to drastically cut its costs.

The building was originally opened in 1914 and had been occupied by Lord & Taylor since then.

Meanwhile, Amazon has been rapidly expanding in New York since its failed effort to open a mammoth HQ2 complex in Long Island City, leasing 335,000 s/f in Hudson Yards