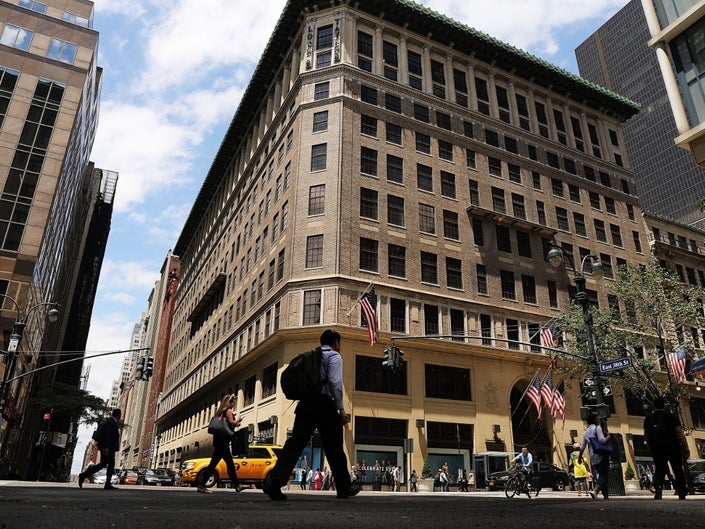 E-commerce giant Amazon, which has been on the hunt for office in New York City since its well-publicized plan for a headquarters here was killed, has set its sights on the old Lord & Taylor Building.

The now empty property was bought by WeWork earlier this year for $850 million. Interest in the 10-story, landmarked building on Fifth Avenue between 38th and 39th Streets was first reported by the Wall Street Journal.

Additionally, this week Amazon was said to be considering a ground-up distribution center in Maspeth, Queens, according to Crain’s.

The paper also quoted an anonymous source suggesting the leak of Amazon’s ongoing search could be a negotiating tactic by the company with other landlords.

WeWork and Amazon both declined to comment for this story.

It’s also unclear which departments or operations the e-tailer is looking to house. Last week, Amazon announced a joint venture with Realogy on a home-selling platform available in 15 major markets, but New York isn’t one of them.