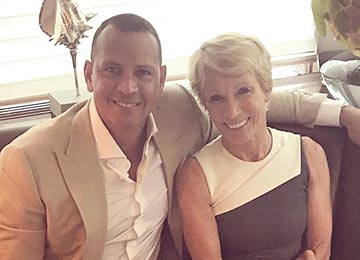 A-Rod partners with Corcoran to invest in NYC real estate

The celebrity pair announced via the New York Post that they have made their first investment with the purchase of a 21-unit East Village rental property.

Corcoran and Rodriguez, who first met on the set of ABC’s Shark Tank, said they will focus their efforts on acquiring off-market properties in New York City’s hottest neighborhoods.


The pair plan to purchase and service smaller properties and may invite other investors on a deal-by-deal basis.

“We acquire high potential assets that our team is uniquely positioned to identify and develop,” Rodriguez said.

“Undervalued neighborhoods, undermanaged buildings, misused land — this model works in any market when you have the capabilities and drive to make your real estate outperform.”

Corcoran said she believes a great buyer’s market is coming to New York.
“The best time to buy real estate is when everybody else is afraid and right now a lot of people believe that we’re at the end of a cycle,” said Corcoran.

“There’s less competition, rents are strong and vacancies are low. Many would-be buyers are waiting out the questionable sales climate which puts upward pressure on rent.”

Rodriguez added, “Now is the time to invest because we can get much better returns. There are so many undervalued neighborhoods in New York City and the rental potential is remarkable.”

Corcoran and Rodriguez are pursuing off-market deals, with buildings averaging fewer than 50 units. They plan to hold the buildings for the long-term.

Corcoran is recognized as one of the most successful entrepreneurs in the country, having founded The Corcoran Group in 1973 with a thousand dollar loan and building it into a billion-dollar company.

Rodriguez, who is best known for his iconic baseball career, has also built his own fully-integrated real estate investment and development firm, A-Rod Corp.

State moves to tighten rules on who can advertise apartments