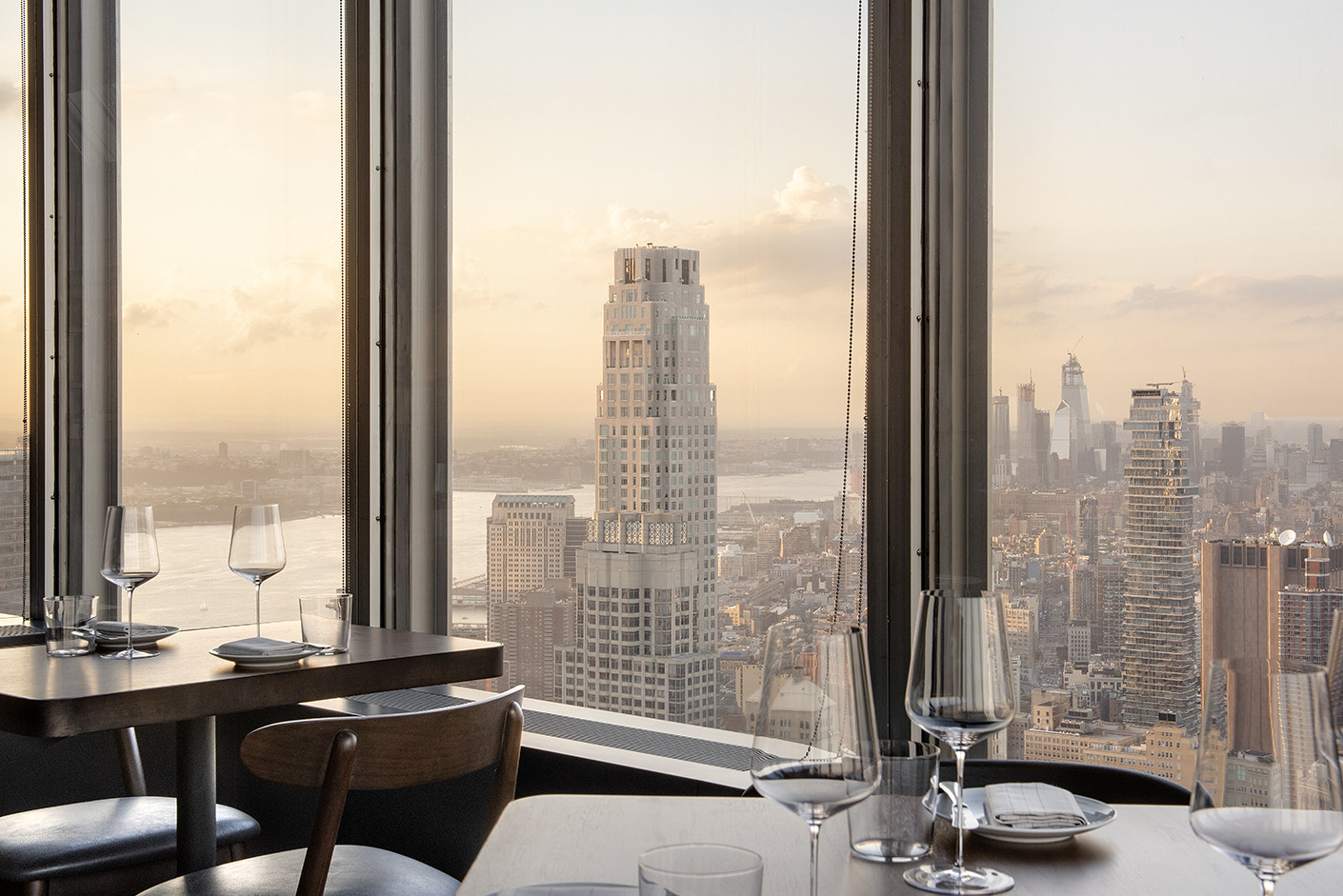 Meyer’s Union Square Hospitality Group (USHG) partnered with the building owner on the $30 million venture to open the 90-seat restaurant named after the Walt Whitman poem, and an event space called Bay Room.

Executive Chef Jason Pfeifer devised the menu  for Manhatta, which together with Bay Room,  encompasses 38,000 s/f.  The event space has one of the largest and highest ballrooms in the city.

“We are pleased to welcome Danny Meyer’s USHG and Manhatta to 28 Liberty,” said Bo Wei, chief executive representative of Fosun International in the U.S. and Vice President of Fosun Property Holdings. “The addition of Manhatta makes 28 Liberty a destination for food and culinary enthusiasts while providing another incredible experience to Lower Manhattan.”

Manhatta and Bay Room were designed by Woods Bagot.  The restaurant’s 40 ft. long, black walnut bar is one of the longest in the city. Wade Little, the firm’s hospitality sector leader, said, “The design intent was to create a home in the sky that feels warm and relaxed enough for casual meals and drinks, while establishing a sense of place for the jaw-dropping views. We also wanted to create an uncluttered yet rich design that honors 28 Liberty, one of the first International Style buildings in Lower Manhattan. Manhatta is an eyrie of sophisticated restraint, humble enough to allow the city itself to steal the show.”

28 Liberty was originally conceived by David Rockefeller as an anchor of New York City’s financial center and was acquired by Fosun in 2013. Manhatta and Bay Room can be accessed through a dedicated ground-floor entry lobby on Liberty Street.

Manhatta and Bay Room will feature over 100 pieces of art chosen for the space as part of a larger partnership between Fosun and the Artist Pension Trust (APT), with additional works from The Fosun Foundation, JPMorgan Chase and photographer Karsten Staiger. The rotating collection will showcase a mix of works ranging from emerging local talent to established international artists.