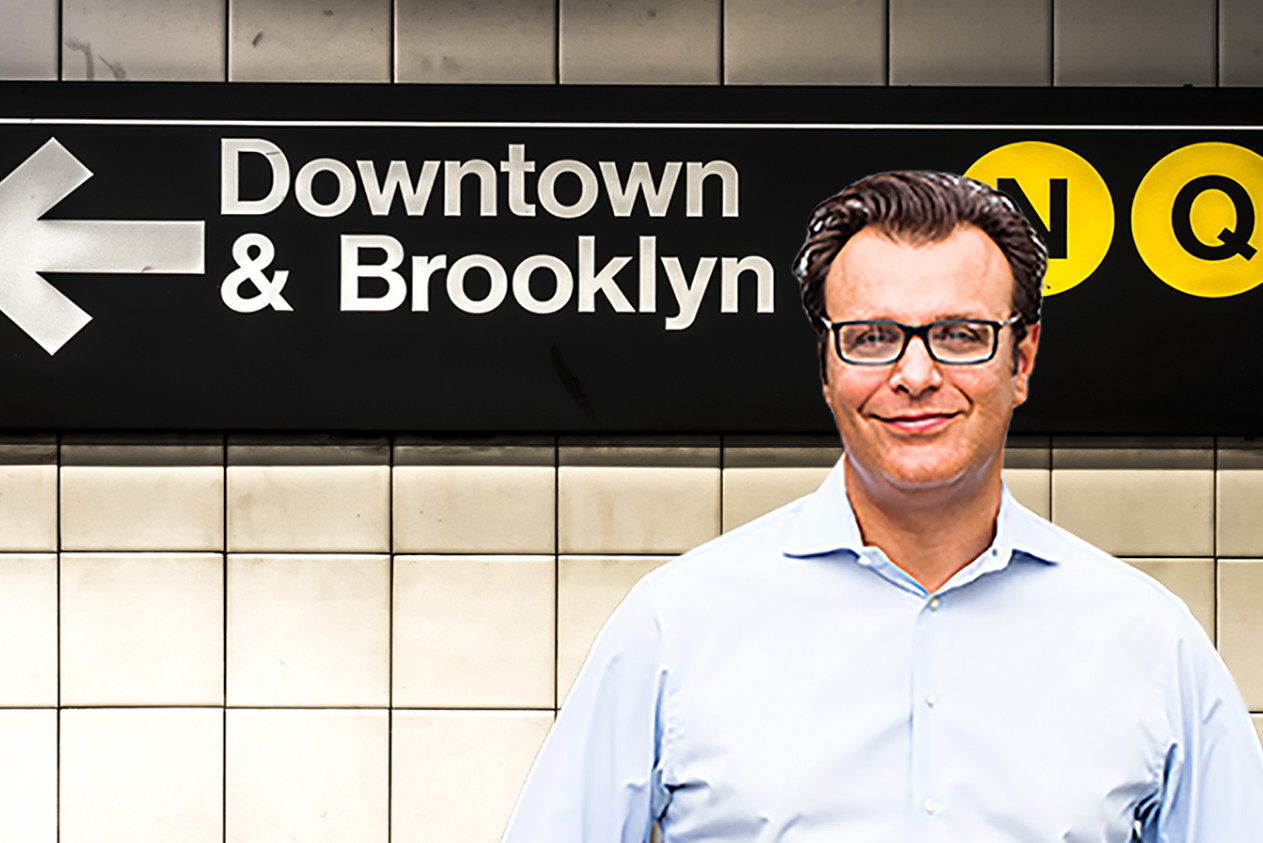 When sports teams start winning big, when a band goes from indie nobody to mainstream success, there are always bandwagon fans, those who claim to have been there from the start.
TerraCRG founder and CEO Ofer Cohen is not a bandwagon fan of Brooklyn.

He bought his first Kings County property in 2004 in Bushwick, long before Brooklyn became a brand that cities around the globe have tried to replicate.

After being named chairman of the board at the Downtown Brooklyn Partnership last month, Cohen talked with Real Estate Weekly about growing his office leasing and retail teams, why he won’t expand his firm to other boroughs, and what the next 10 years will look like for Brooklyn investment sales.

A native of Israel, Cohen moved to Manhattan in 1996 at the very beginning of the dot-com boom. He worked at a startup for a few years before launching his own.

When that venture went under, he worked in consultancy, doing marketing advisory services for Israeli ventures looking to set up shop in the U.S. In his early 30’s and having just moved to Brooklyn, Cohen was itching to make a career change, and brainstormed with a friend on what business to open.

Shortly after purchasing the building in Bushwick, Cohen transitioned to real estate full-time. He joined Massey Knakal, where he worked in the firm’s Brooklyn office for a couple years.

While working in the borough, his entrepreneurial instincts kicked in, and he started developing an idea of starting a company based solely on the Brooklyn market.

“Seeing the opportunity and seeing Brooklyn, I really felt like there was a need for something else in the market and there was a real void in the market,” said Cohen. In 2008, he officially launched TerraCRG with his former Massey Knakal co-worker Melissa Warren.

“It was less interesting to me to just follow in the footsteps of other people and do a brokerage in Manhattan or something else in Manhattan,” said Cohen.

In the ten years since launching, TerraCRG has built a powerful foothold in the $6 billion investment sales market of Brooklyn. The company grew from two people to 30, purchased a building in Prospect Heights and developed it into a modern headquarters, and has plans to expand its headcount to 45 in the next two years.

TerraCRG’s office sits at the apex of some of Brooklyn’s most-desirable neighborhoods: Fort Greene, Clinton Hill, Prospect Heights, and Downtown Brooklyn. The second-floor conference room has a perfect view of the under-construction Pacific Park.

The office is in a former garage building that was designed by architect Ole Sondresen in an adaptable reuse method that feels more like a Brooklyn tech startup than a corporate commercial real estate office.

On the first floor, there’s a mediation room that’s being converted to house a part-time podcasting studio for Cohen’s bi-weekly podcast, Hey BK.

“What we really under-estimated when we built this is how effective this would be in terms of recruiting people,” said Cohen of the firm’s office. “Having this kind of space kind of resonates with some of the people we’re recruiting and really enabled us to grow better.”

Whether it’s someone looking for an internship or a senior broker looking to join the firm, the biggest thing Cohen wants to see in a candidate is a passion and understanding of Brooklyn.

“I don’t want to convince people that Brooklyn is a great market. We’ve done that, 10 to 12 years ago. There’s no reason to do that now, the proof is in the pudding,” said Cohen. “It’s an exciting market, there’s a lot going on, and we’re in the middle of all of it.” Cohen’s big push right now is growing the firm’s office leasing and retail leasing teams. As the burgeoning office market — which was almost non-existent a decade ago — grows, Cohen wants to make sure his company has as strong a foothold as its investment sales division.

TerraCRG’s office leasing team is now a team of three, but Cohen plans to add one or two others, including retail.

“Office leasing is in its infancy in Brooklyn, it’s kind of like where investment sales were 10 years ago,” he said. “A lot of my efforts in the next 12 to 24 months will be building up that office leasing business.”

Over the years, Cohen has been asked many questions about the Brooklyn market, but one question he gets asked almost daily, is whether he would ever expand his firm to another market, like Queens.

“The real answer is no,” said Cohen. Pointing to a map of Brooklyn in the firm’s office that displays a thumbtack for every transaction TerraCRG has completed, or is in the process of completing, Cohen pointed to the wide swath of southern Brooklyn that is thumbtack-free.

“The Brooklyn market is still untapped,” he said. “While a lot of neighborhoods and areas are saturated with activity and transactions and potentially brokers, there’s still a tremendous amount of activity that’s not institutionalized yet, so there’s still an opportunity in other neighborhoods to kind of make that mark and take that market share.”

And that’s where Cohen sees the most business happening in the next decade for his firm. Looking back, Cohen is grateful for getting into the Brooklyn market at the right time, something he says is not always easy.

“Timing is everything, but timing is hard to time, to control,” he said. “Focus is something you can control. Focusing on becoming an expert in something and becoming really, really good at it, is always valuable.”

ON THE SCENE: A look at last weeks middle market sales and exclsuives