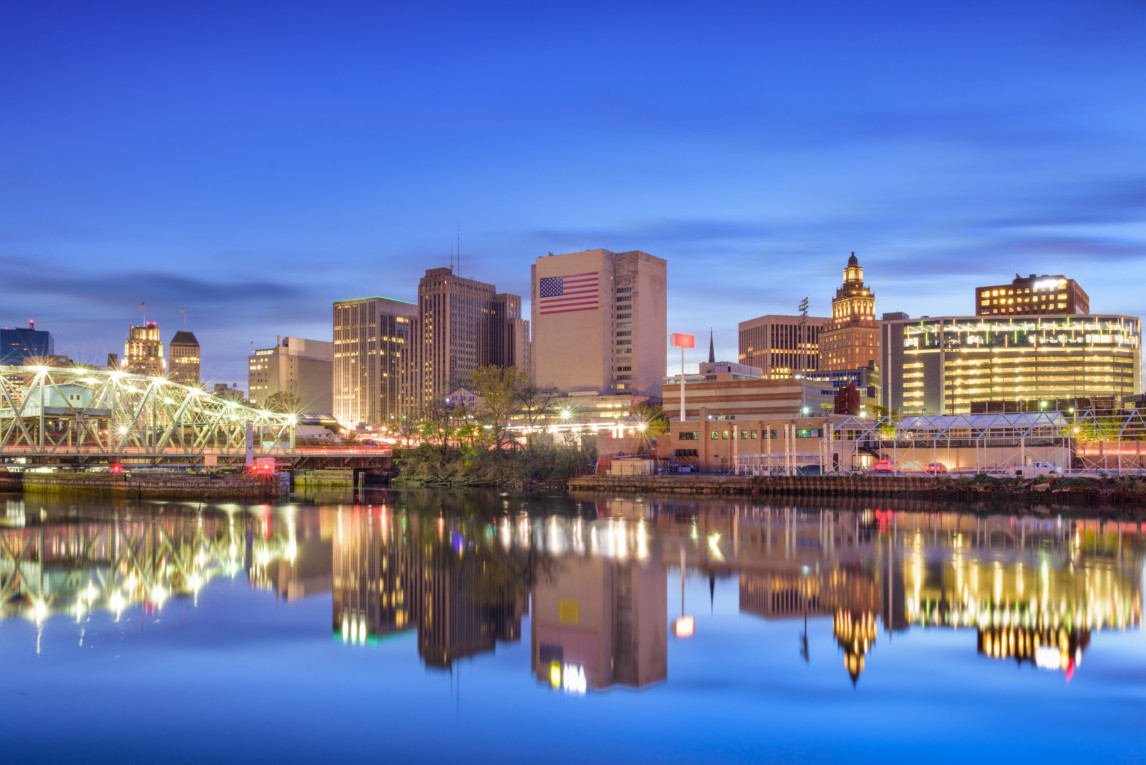 Tomorrow could be a big day for Newark. July 5 is Amazon’s birthday and, it has been reported, CEO Jeff Bezos may announce where the tech giant will build its HQ2.

Whether or not Newark wins the beauty contest that’s pitted 20 American cities against each other for the prize of securing the second headquarters of the world’s biggest internet retailer, the port town believes it will still be a winner.

“Amazon has given exposure and credibility to Newark,” said Dudley Ryan, a senior vice president with CBRE during a panel discussion hosted by the brokerage firm at the Gateway Center recently.

“This is Newark’s moment and whether we land Amazon or not, there’s definitely an Amazon effect,” added Aisha Glover, president of the Newark Community Economic Development Corporation.

Since the city made its “surprise” bid for HQ2, the number of companies inquiring about relocating to Newark has been “overwhelming” according to Glover. “The opportunity now is what we do with this moment and how we want to change the city’s narrative.”

Calling the public perception of Newark “woeful,” Glover conceded the city has stumbled at past opportunities to re-direct the trajectory of its growth, but she vowed, “It’s different this time.”

The panel included six CBRE executives who, along with Glover, agreed the only surprise about Newark’s Amazon bid was that people were surprised by it.

Jeff Babikian, the CBRE executive vice president credited with guiding Mars-Wrigley and its 500 new jobs to Brick City last year, said a transportation network that delivers 100,000 people to their jobs every day played no small part in the chocolate giant’s decision to relocate its headquarters to Ironside Newark, a building owned by Edison Properties and part of the $10 million Mulberry Commons project that will connect the Prudential Center to Penn Station.

As well as New Jersey Transit, Amtrak and the PATH all routed through Newark Penn Station, Newark has the state’s largest bus depot.

“Mars could have chosen anywhere,” said Babikian. “They looked at the Hudson waterfront and the Midtown [Manhattan] market. But if you look at mass transit and ask where is my future workforce? When do I lose my employees; how far will somebody drive to work? The answer really is, if you want to be in New Jersey, anything over 40 minutes, you’re going to lose them. “The ability to drive and take the train was attractive on two levels. Newark is one of the few markets in the state where you can park and still rely on mass transportation.”

Jeremey Neuer, a senior vice president on the firm’s capital markets team, believes the city has turned a corner as a confluence of young people has arrived and, more importantly, decided to stay.

A vibrant arts community, the fastest free wi-fi in the US, unrivalled data communications infrastructure, universities, medical and law schools drawing 40,000 students and housing that’s more affordable than Manhattan and the Gold Coast, and a burgeoning restaurant and nightlife scene are all helping the city’s population grow.

Neuer recalled representatives of the Kuwait-based investment fund which paid $165 million for the Panasonic building in late-2016 telling his partner, Jeff Dunne, ʻThis place feels like Brooklyn 10 years ago.ʼ He added, “Thereʼs a buzz in the city that there hasn’t been in a long time. There’s a lifestyle here that wasn’t here before.”

Babikian said three major developments are now attracting the next wave of office tenants and residents to Newark: SJP Properties and Aetna Realty’s $1 billion redevelopment of the former Westinghouse property next to the Broad Street Station into a 3.7-acre office, retail, hotel and residential property; Edison Properties’ Ironside Newark; and the redevelopment of the former Newark Bears Stadium by Lotus Equity Group to what will ultimately be Riverfront Square, a 12-acre mixed-use community steps from Broad Street station.

Cheryl Hardt, who secured the 100,000 s/f downtown location for the Newark Public Schools office earlier this year, said it’s not just the central business districts where change has been happening. Housing has become the lifeblood of the new Newark.
“When companies come here, they want to know that their employees can live here, too,” she said. Over $2 billion is currently being spent bringing over 2,000 housing units to the city by big name players including L&M Development, Levine Group and the local Berger Organization.

Newark has also adopted a new Inclusionary Zoning Ordinance that requires developers to make 20 percent of their new housing affordable to working families in an effort to make sure the rising city lifts all of its residents. Builders who get tax breaks will also have to hire local workers and chip in for community improvements.

Dudley Ryan credited the State, Civic and City leadership along with business and real estate communities that have rallied behind Newark and the administration of Mayor Ras J. Baraka. “This has created a cohesive message that people are now understanding what’s going on in Newark and the benefits it affords to companies locating there. The fact that more people are now understanding this, it saves us the first 10-15 minutes it usually takes to explain it.”

What is going on is that Newark is using the Amazon platform to showcase what it does have going for it.

“There are challenges that the city has faced from the neglect and disinvestment of decades,” she added.  “But we are now on an upward trajectory and there is an incredible amount of talent already here. It’s our golden opportunity.”

Real estate industry getting smart about working with artificial intelligence