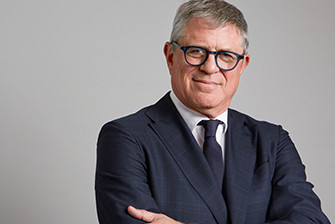 Newmark announced this morning it will buy RKF, the New York retail brokerage founded by Robert K. Futterman in 1998 that grew into an international powerhouse.

“RKF has been consistently ranked as the top retail brokerage company in New York and has demonstrated national and global expertise,” said Barry M. Gosin, Chief Executive Officer of Newmark.

“This acquisition is consistent with Newmark’s goal to add top talent in all disciplines and is an important step in continuing to build the leading retail platform in both leasing as well as retail investment sales. Robert Futterman has attracted some of the best talent in the industry and combined with Newmark’s growing retail business, we aim to create the top ranked retail company nationally.”

Robert K. Futterman will serve as Chairman of Newmark RKF, Newmark’s retail leasing division, and will be responsible for leading the growth of the company’s retail real estate business throughout North America.

“For the last two decades we have attained our leadership position in the retail real estate industry by investing in our people and building a strong brand and culture,” said Futterman, Chairman & CEO of RKF. “We have had many choices in partners over the years but having known both Howard Lutnick and Barry Gosin for many decades, this partnership feels like family. We are thrilled to expand the RKF brand to grow Newmark’s retail platform nationally.”