CBRE announced that Ellen Rudin will be assuming the new position of Senior Managing Director of Retail for the Northeast Division of CBRE.

She will be responsible for the strategic direction and performance of the region’s retail business.
Rudin has served as Managing Director of CBRE’s Long Island and New York Outer Boroughs offices for the past ten years, prior to which she was Senior Counsel with the CBRE Tri-State legal team.

Tricia Shay will take over responsibility of running the Long Island office while remaining the leader of CBRE’s multi-market business in New York, including the transaction management hub.

Shay has more than 25 years of real estate experience ranging from portfolio services to leadership and operations across multiple geographies.

Having served as the Vice President of Real Estate for Weight Watchers for five years, Shay also brings client experience to the table.

Joseph Ginex, a 23-year industry veteran, has been named chief development officer, following his leadership and contributions as managing director.

Under Ginex’s direction, the firm has completed over $800 million worth of development projects since he joined the company in 2012.

As the CDO he will assist in the acquisition, financing and the negotiation of joint venture agreements, including the selection of hotel brands and management companies as well as the curation of residential project architects and design teams.

Ginex will continue interfacing with the company’s development partners and property lenders and ensure proper execution of the business plans for development projects.

Jessica Schmidt has been promoted to chief financial officer, following her accomplishments as a

An 18-year industry veteran, Schmidt joined Hidrock in 2015 and quickly assumed a leadership role in the accounting department while implementing new strategies to assist the firm in streamlining its financial compliance and reporting.

In her new capacity, she will oversee all aspects of human resources, finances, and accounting related to Hidrock and its operating assets, development projects, and subsidiaries.

He will be responsible for the management and further expansion of the commercial real estate loan portfolio in the greater New York area.

He serves on the National Board of Directors for the Real Estate Lenders Association (RELA) and previously held position of Officer of RELA’s New York Chapter.

Friedman holds a master’s in Real Estate from New York University’s Schack Institute of Real Estate and an undergraduate degree in Business Administration from Babson College in Babson Park, Mass.

Tully Rinckey PLLC announced that Kevin H. Yeager has joined the firm as a partner. 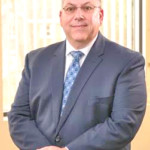 Yeager’s practice areas include real estate law and trust and estate law, where he represents buyers, sellers and lenders in real estate transactions.

Prior to joining Tully Rinckey PLLC, Yeager operated his own real estate practice for more than 20 years. As part of his practice, he served as an authorized agent for Stewart Title Insurance Company.

He previously worked at several Binghamton-area law firms, which gave him experience in mortgage closings, real estate transactions and representing debtors and creditors in bankruptcy proceedings.

He was previously co-chair of the Real Estate Capital Markets group at Duval & Stachenfeld LLP.

Hudson focuses his practice on corporate and securities transactions for REITs and other real estate investment vehicles.

He also represents clients in mini-tender offers and has worked with both issuers and bidders in their strategic approach to such offers.

Hudson received his J.D. from Harvard Law School and an undergraduate degree from Harvard College. He is a member of the Legislative & Regulatory Committee of ADISA.

Prior to joining the firm, Fournaris was an associate at Lieb at Law, P.C.. He was a law clerk at the same firm from August 2011 to March 2015.

Fournaris earned his Juris Doctor from Touro College, Jacob D. Fuchsberg Law Center and his Bachelor of Science from the State University of New York at New Paltz.

Skanska announced the promotion of three executives in the northeast and New York Metro regions.

Jarrett Milligan has been promoted to Vice President of Environmental, Health and Safety (EHS) for building unit operations in the northeast region.

Milligan will oversee and optimize the company’s EHS operations for building in Pennsylvania, New England, and the New York metropolitan area. He will be based in the company’s Empire State Building headquarters.

While serving as superintendent, Milligan joined the regional Corporate Safety Committee and became an Injury-Free Environment instructor, Supervisory Skills Trainer, and Care for Life Leader, and was subsequently named EHS Director for Metro New York in August of 2016.

Prior to joining Skanska, Milligan served in the U.S. Navy for seven years .

John Dolan and Kevin Kontura have been promoted to Vice President, Project Executive for the Metro New York region.

Both Dolan and Kontura currently serve as Project Executives, and each brings more than three decades of industry experience to their new roles.

John Dolan has spent 33 years in the construction industry, all with Skanska. Dolan has experience overseeing some of the largest transportation infrastructure projects in the Metro New York region, such as the ongoing redevelopment of LaGuardia Airport’s Central Terminal B.

He is also part of the preconstruction team responsible for the historic renovation of the Metropolitan Museum of Art’s signature skylights.

Kevin Kontura has 32 years of industry experience, 22 of which have been with Skanska.

He has worked on a variety of projects in the life sciences, higher education and corporate commercial sectors. He was part of the Skanska team that delivered the $1.13 billion, 2.2 million-square foot MetLife Stadium in East Rutherford, New Jersey five months ahead of schedule.

Dackson joined Structure in 2005 after working for several NYC-based firms.

Her signature projects include high-profile interior build-outs for such clients as Top of the Rock, Bank of America, Oppenheimer Funds, A&E Television Networks and Pearson Education.

Dackson is certified in a number of OSHA and a member of Professional Women in Construction.

McCarthy has been tasked with helping to oversee construction projects from the initial bidding process through project completion.

McCarthy was a key team member in the successful completion of Mass Contracting’s conversion of approximately 13,000 s/f of office space located at 860 Broadway, NYC which houses the former art studio of American artist Andy Warhol.

McCarthy is a 2017 graduate of Villanova University, where he obtained a Bachelor of Arts degree in Communication while minoring in Spanish and Sociology.

Prior to joining Mass Contracting Corp., McCarthy served as a Marketing Intern with the Houston Dynamo, the Major League Soccer affiliate in Houston, TX. 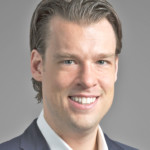 He holds a Bachelor of Arts degree in Economics from Villanova University.

Loughlin, an urban designer, author and lecturer is noted for his work in the public and non-profit sectors of community development and affordable housing.

He is a member of the advisory board of the Institute for Public Architecture, served as chair of Jersey City’s Board of Appeals, and was a special advisor on housing to that city’s mayor.

Loughlin obtained his undergraduate degree, a BS in Architecture, at Catholic University in Washington, DC.

His first involvement in housing was with Habitat for Humanity in the mid-1990s in Pine Ridge, South Dakota. He worked for a succession of architecture firms, and in 2003 moved to the public sector, joining the Jersey City Housing Authority soon after earning his master’s degree.