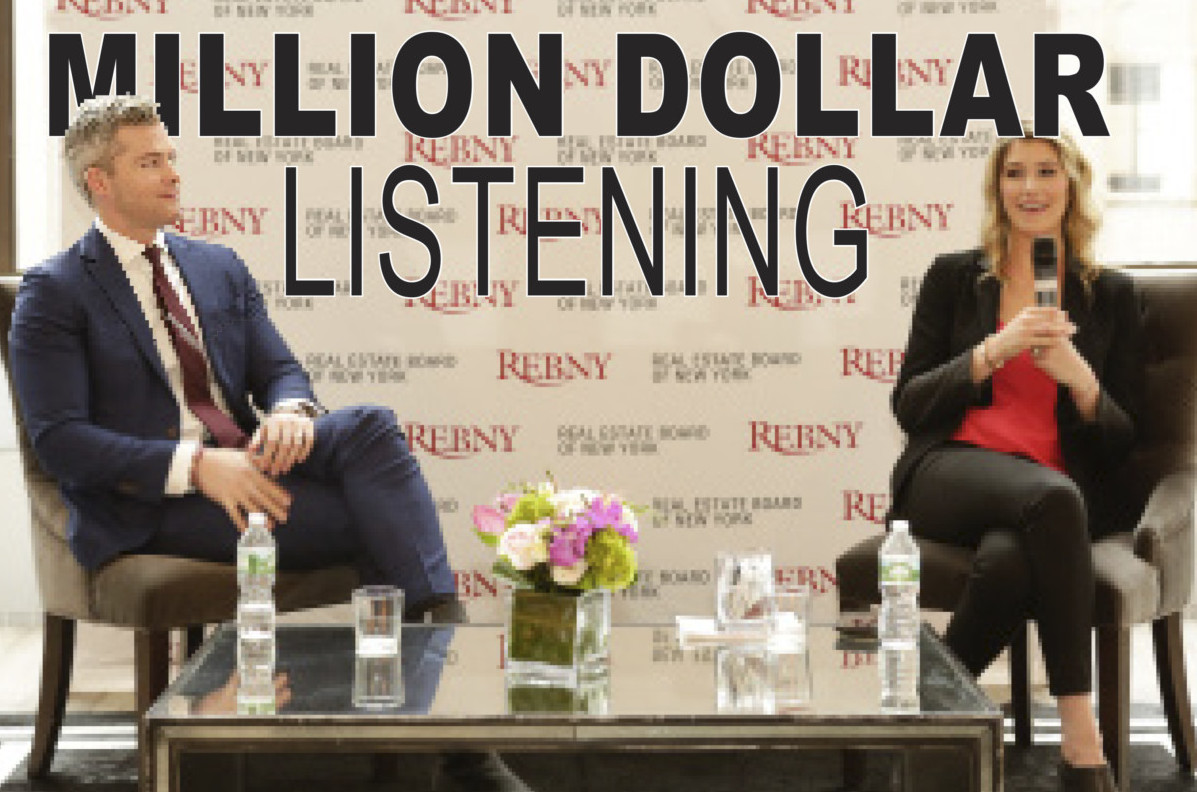 Despite the prevalence of female brokers in New York’s residential market, there is not one woman on the industry’s most high-profile TV program.

Ryan Serhant, star of Bravo’s Million Dollar Listing New York, said he’s pushed for a more inclusive cast but the tone of the show and network are not well suited for mixed-gender ensembles.

“Bravo has tried almost every year to add in a woman agent,” he said. “The hard part, though, is, honestly, we kind of saw this with Million Dollar Listing LA, they tried it, but it’s very difficult for viewers to watch men and women fighting. Because Bravo is all about the drama, it’s not HGTV, people will literally turn off the channel.” 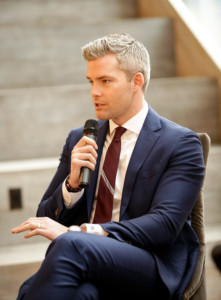 Stefani Berkin, president of Charles Rutenberg LLC, raised the question during a member to member conversation hosted by the Real Estate Board of New York last week at The Mezzanine at Bond Collective.

Serhant floated the idea of splitting the cast 50-50, men and women, and allowing each group to “yell and scream and backstab” one another, while Berkin offered to throw her hat in the ring. “We would have fun,” she joked. “I’ll be on next season.”

When they weren’t discussing reality TV, the two prolific dealmakers discussed the keys to success in the 21st century real estate industry, changing commission models, the importance of personal branding and the finer details that help homes change hands.

When he became a broker a decade ago, Serhant learned the ins and outs of real estate on his own, pounding the pavement and posting listings on Craigslist. However, he doesn’t recommend doing so. 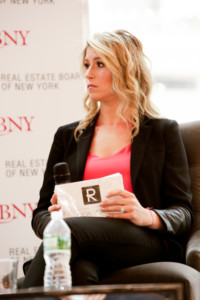 Both he and Berkin spoke about the importance of getting affiliated with a reputable firm and learning the ropes from experienced veterans and even working for free, when possible. Serhant compared it to a post-grad education,

“You don’t make money when you’re in grad school, I kind of like that analogy,” he said. “You have to be willing to do the work, do your homework, do the study, do the reading and listen to your professors for the first two or three years that you’re in a business.

“If you’re really, really smart and good and have a lot of connections, you’ll graduate early. If not, you’ll have to do a pre-med thing where you’re in school for seven years before you actually graduate.”

Before doing this, Serhant said it’s important for young brokers to make sure they brokerage they become affiliated with has a sound business model, cautioning against agencies, such as TOWN Residential, which recently had to downsize its team and cut back on its office holdings citing, in part, soaring agent commissions and disruptive technology.

He praised Rutenberg, Berkin’s company, because it allows brokers to keep their full commissions rather than taking cuts of 20 to 50 percent.

“Rutenberg is a great example, they were well ahead of the curve in terms of how the industry is changing,” Serhant said. “We’re the ones who bring in all the clients, we’re the ones who do all the deals and yet we have to pay back into the house for … what? Yes there’s rent, yes there’s this, there’s that, so that’s all fine but that’s such a minimal amount.”

Continuing with the theme of mutual admiration, Berkin said Serhant embodies the self-marketing skills that have become key to success in real estate, particularly as the type of outreach that agencies once facilitated — newspaper advertisements and printed mailers — have fallen out of vogue.

Along with using social media platforms such as Facebook, Instagram and YouTube to create quick, cheap content that can be leveraged into a loyal following, Serhant said adapting to the digital age also means adjusting asking prices to fit search-base criteria and tempering client expectations to match. 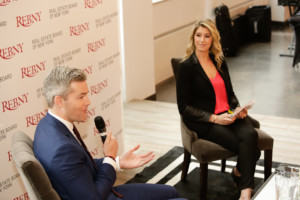 To do this, Serhant advocates lower prices that fit into more favorable search boxes on sites such as StreetEasy and Zillow. For example, he wouldn’t recommend pricing something at $3.05 million because it will end up in a $3 million-$3.5 million search range instead of a more favorable range of $3 million and under.

This strategy can be difficult, he explained, for clients who don’t have a solid sense of the market or who, perhaps, overvalue their home. The best way to handle that type of situation, Serhant said, is to approach it with empathy.

“Every deal is a potential deal, the only difference is if you’re able to empathize with your client and get them to a point of understanding,” he said.  “A lot of people can’t do that. They either haven’t learned it or they just don’t have that emotion but if you can feel for your client when they thought they were going to sell for so much more and now they’re not … if you can sit with them and help them understand why this is the best deal for them and their family and really empathize with them … that’s what the best brokers do and that’s the difference between doing 50 deals a year and 100 deals a year.”

While he strives to stay ahead of the curve with online content creation and data-driven strategies to attract clients, he said his professional connections are still the most effective tool in his broker utility belt.
“Unless it’s an investor that’s buying and flipping all day, every day, most people only buy and sell a home a couple times in their life,” he said. “You will do more deals with the brokers you’re friends with than you’ll ever do with any individual client and so those brokers are incredibly important to me, that’s why I do so many broker events and talk to every broker.

“It’s what makes this city go round and it’s how we’re going to stop real estate brokers from being phased out by an app, we’ve got to band together.”