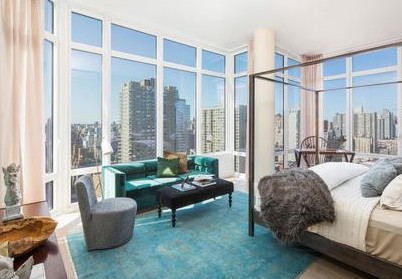 Known for its old buildings and long-standing communities, the Upper East Side got an infusion of ultra-modern chic when The Charles, a towering 31-story luxury condo building, rose above First Avenue four years ago.

“Before this building went up, most buyers in this price range were trying to stay west of Lexington Avenue, or going right for East End Avenue,” Frances Katzen, an agent with Douglas Elliman, said. “Now, you’re seeing more of an interest in this area, a lot more is happening and I think The Charles really set off that movement.” 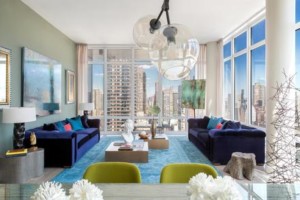 Earlier this year, Bluerock Real Estate, the developer behind the project, put its six sponsor units on the market. Two of those apartments are under contract for $6.5 million, leaving three full-floor residences and a split-floor three-bedroom with a sizeable terrace on the second floor.

Located between 72nd and 73rd Streets, The Charles includes 25 full-floor homes, each with four bedrooms and spread across more than 3,300 s/f. 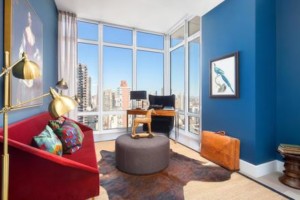 With 12-foot high floor-to-ceiling windows and unobstructed views for half the units, the building provides many residents with striking, nearly-360-degree views of the city.

Although the building itself is four years old, Katzen, whose team is leading marketing and sales at the site, said it stacks up well against the wave of new luxury product coming to the market for the first time throughout Manhattan.

“The units have some really nice, unusual features, and knowing that they have the whole floor makes people feel special,” she said. “This building set the standard for what new construction should be.”

Ismael Leyva Architects, PC, the firm behind other luxury residences such as those at the Time Warner Center, 101 Warren, Superior Ink and The Harrison, crafted the building, which includes a Tetris-piece-shaped section that extends over the building directly to the north.

Beneath the insulated glass curtain wall, the building’s interior is the final project overseen by the late Irish designer David Collins and his London-based firm.

Katzen said Collins, who died in from melanoma in 2013, employed a screw motif throughout the building. Also, floors are made of white oak, kitchen surfaces are white Corian and bathrooms are made of polished marble and chrome fittings and fixtures.

Each unit has a multi-zone HVAC system, a garbage chute that can be adjusted to dispose of waste and recyclable material. Master suites include heated floors and chef’s kitchens feature Miele appliances.

Katzen said the property has also benefited from the opening of the nearby Second Avenue Subway station. “That’s been a huge driver,” she said. “The area has become more like Lexington and Third Avenues because people can get where they need to more easily. People are starting to realize this is not the nose bleed section of town.”