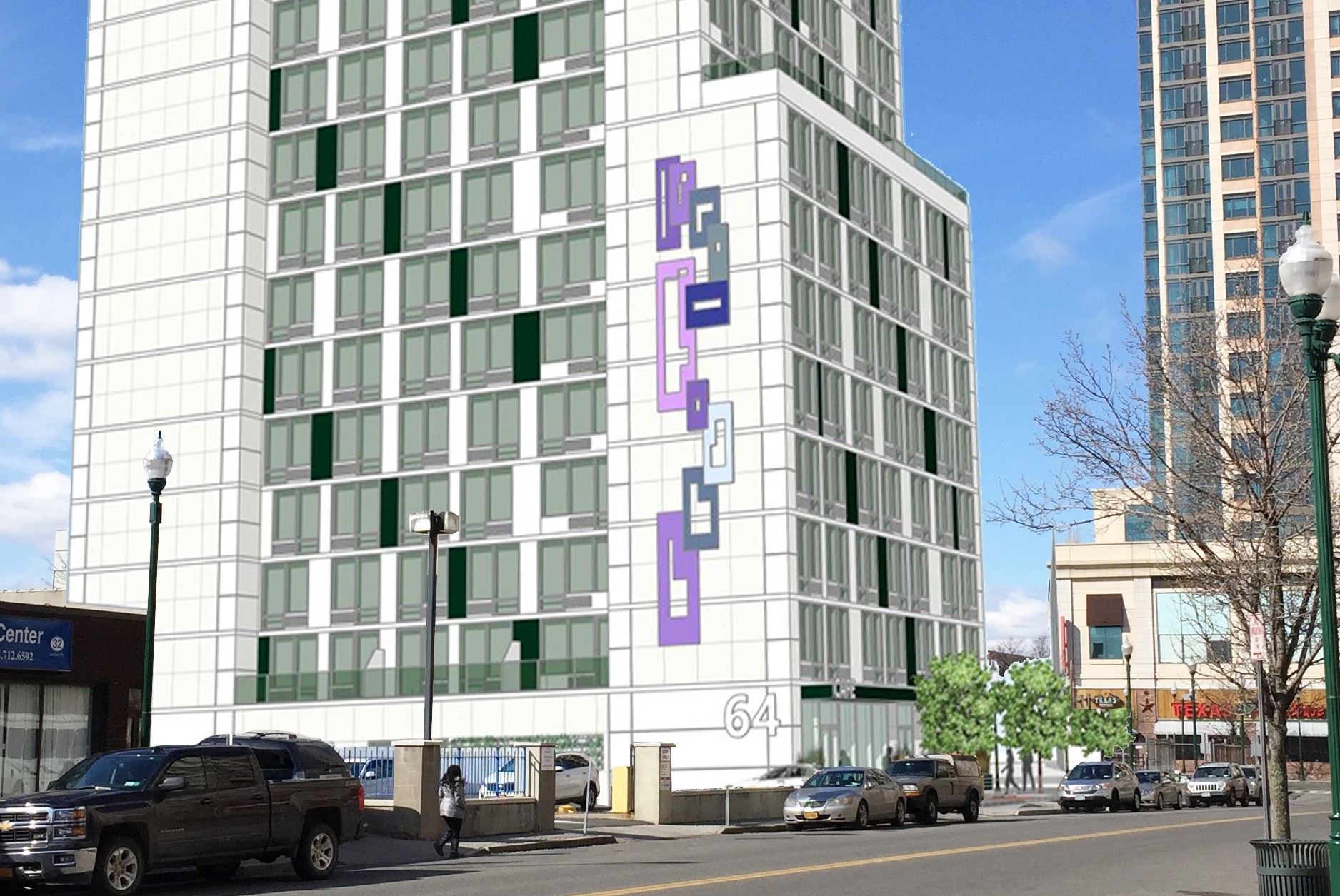 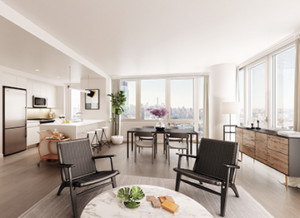 Developers Simon Baron Development and Quadrum Global announced the start of leasing at ALTA LIC, a porcelain and glass tower in the Queens Plaza neighborhood of Long Island City.
ALTA LIC is New York City’s largest example to date of coliving residences being offered side-by-side with traditional residences.
Situated on the tower’s uppermost floors, are 297 private ALTA LIC residences — ranging from studios to three-bedroom apartments
Shared microsuites, created and operated by coliving company, Ollie, occupy floors 2 through 15 and include two- and three-bedroom shared suites.
They include hotel-like services, built-in custom furnishings and a calendar of community-building events.
Ollie’s 422 bedrooms for rent, called ALTA By Ollie, make ALTA LIC the largest ground-up, purpose-built coliving building in North America.
Situated on the fourth floor, ALTA+ RETREAT is a nearly 10,000 s/f wellness center with a fitness center, yoga and movement studio, lap pool, and an 18-hole golf simulator lounge.
The second-floor ALTA+ CUBE is a coworking lounge, game hall with stadium seating, and event space. ALTA+ DECK, located on the 38th floor, features a landscaped outdoor deck with barbecue stations and dining areas adn there there is and ALTA+ PET CLUB with pet services managed by Throw Me a Bone. 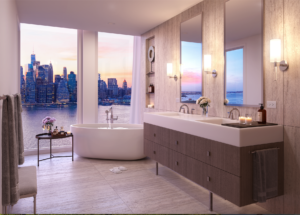 Pricing begins at $2,375 for a studio, with co-living rents starting from $1,376 per month. CitiHabitats is the exclusive leasing and marketing team.

Developers RAL Companies and Oliver’s Realty Group just announced that Marmol Radziner is designing the interiors for Quay Tower, the new Brooklyn Heights condo development at Pier 6, Brooklyn Bridge Park.
The California-based firm is known for its work at the Kaufman Desert House in Palm Springs and for designing homes for celebrities such as Demi Moore, Larry Gagosian and Anthony Kiedis.
This is the firm’s first East Coast residential project.
Principals Leo Marmol and Ron Radziner will bring their warm and inviting California aesthetic to the 28-story Quay Tower (pronounced “kway”), where they are designing 126 two- to five-bedroom homes and amenity spaces.
Pricing for Quay Tower will start at $1.9 million when sales launch later this spring.

Sales have officially kicked off at 207 West 75th Street, a new boutique development by Opal Holdings and designed by Jeffrey Cole Architects.
207 West 75th Street offers six full-floor homes including a three-bed, 3-bath with a private 750 s/f rear patio; four three-bed, 3-baths with terraces; and a penthouse with two-beds, 2-baths, and a 1,416 s/f private roof deck. 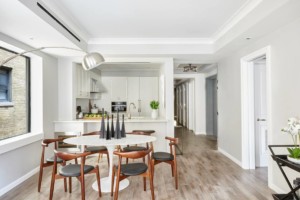 Pricing for the available units starts at $3,999,995 and occupancy is slated for late 2018.
The residences, accessed via a key-locked elevator, have open kitchens with breakfast bar, Miele appliances, white cabinetry with custom millwork, and Silestone quartz counters.
There are separate laundry rooms with washer and dryer, ash brown oak wood floors, large windows, and soffit ceilings.
Amenities include a part-time doorman, key-locked elevator, private basement storage, as well as cold and bike storage.
Jason Haber and Deborah Ribner of Warburg Realty are handling the exclusive sales and marketing for the project.

Executives of the Cappelli Organization joined with New Rochelle city officials for the groundbreaking of The Standard, a new 14-story building on the site of the former Standard Star newspaper building in downtown New Rochelle.
The building site spans the block between 251 North Avenue and LeCount Place.
The new building will feature 112 apartments and approximately 4,000 s/f of ground-level retail space. 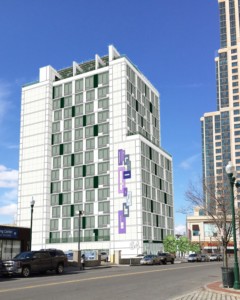 The apartments, which range from 440 to 755 s/f, will be comprised of 13 studios, 92 one-bedroom and 7 two-bedroom units.
Amenities will include a rooftop deck with kitchen and cooking area; fitness center; business center/meeting/conference room; package concierge; virtual doorman; and a lounge with full kitchen, dining area, pool table and TV sets.
There will also be an outdoor seating area with a fire pit on the ground floor located just off the community room. A storage area will be provided for bikes. Parking will be available in the adjacent New Roc City garage.
The Standard is a five-minute walk from the Metro-North train station as well as the downtown’s many restaurants and retail stores.
Built in 1924, the Neo-Classical style building housed the operations of the Standard Star daily newspaper which left the building in 1975.
The back portion that housed the printing presses will be demolished while the North Avenue façade will be preserved and incorporated into the new building. The project is expected to be completed in the fourth quarter of 2019.