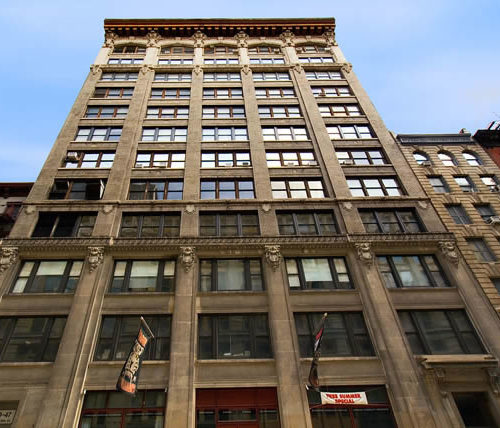 Chilewich, the New York City-based textiles/housewares company founded by Sandy Chilewich and Joe Sultan, has opened a new showroom/headquarters in the Flatiron District at 39 West 19th Street between 5th and 6th Avenue.

Chilewich sells its designs at stores like Crate & Barrel, Bloomingdale’s, Macy’s and Amazon. It is moving to its new location from 44 East 32nd Street, where it occupied 7,200 s/f on the entire 8th floor. Chilewich also has a retail store in the Flatiron district at 23 East 20th Street.

Built in 1911, 39 West 19th Street is a 12-story building and is owned by the Rosen family. Tenants include the popular London restaurant chain, Burger & Lobster, and Urban Arts Partnership.

“Sandy and Joe loved the location, which is home to many growing creative companies,” said Norman Bobrow & Company’s president Norman Bobrow, who, along with

David Badner represented the tenant. “The space has blinding sunlight and unobstructed views. We found them a gem after a lot of hard work.”

Ownership was represented by David J. Koeppel, a principal of Koeppel Rosen LLC, the leasing and managing agent for the Rosen family’s New York City portfolio.