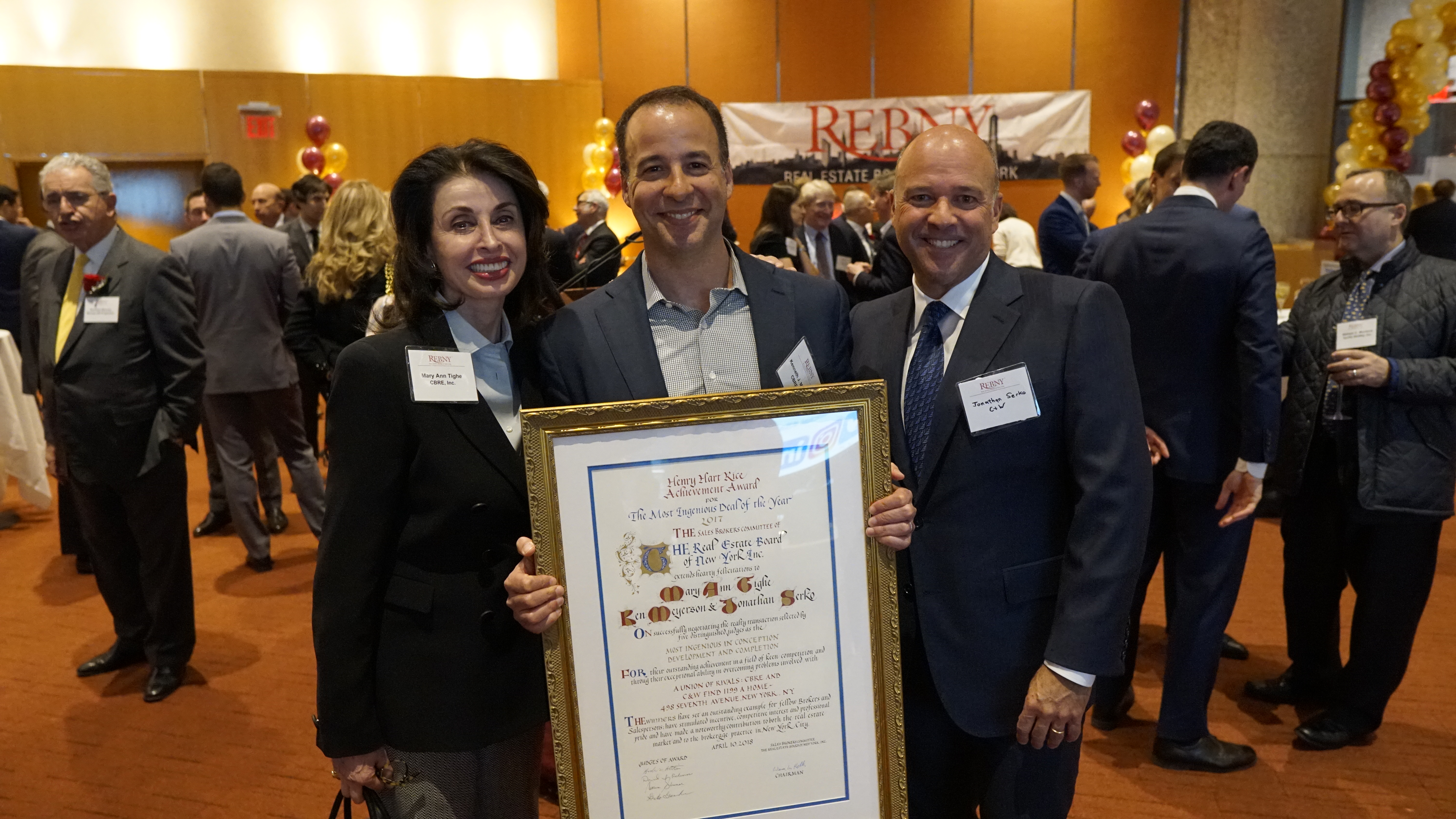 Tighe, along with colleague Ken Meyerson and Jonathan Serko of Cushman & Wakefield, was presented with the first prize Henry Hart Rice Achievement Award for “A Union of Rivals: CBRE and C&W Find 1199 a Home” at 498 Seventh Avenue.

The deal saw the two rival brokerage giants collaborate on a lease consolidating the offices of the nation’s biggest healtchare union in 580,000 s/f at 498 Seventh Avenue. The CBRE team repped the union while C&W negotiated on behalf of its fund operation.

The award was presented during the Real Estate Board of New York’s (REBNY) Sales Brokers Committee’s 74th Annual Cocktail Party at Club 101.

“We are proud to honor their exceptional accomplishments and recognize all of the submitting brokers’ outstanding work in navigating transactions that are important to our industry and our city.”