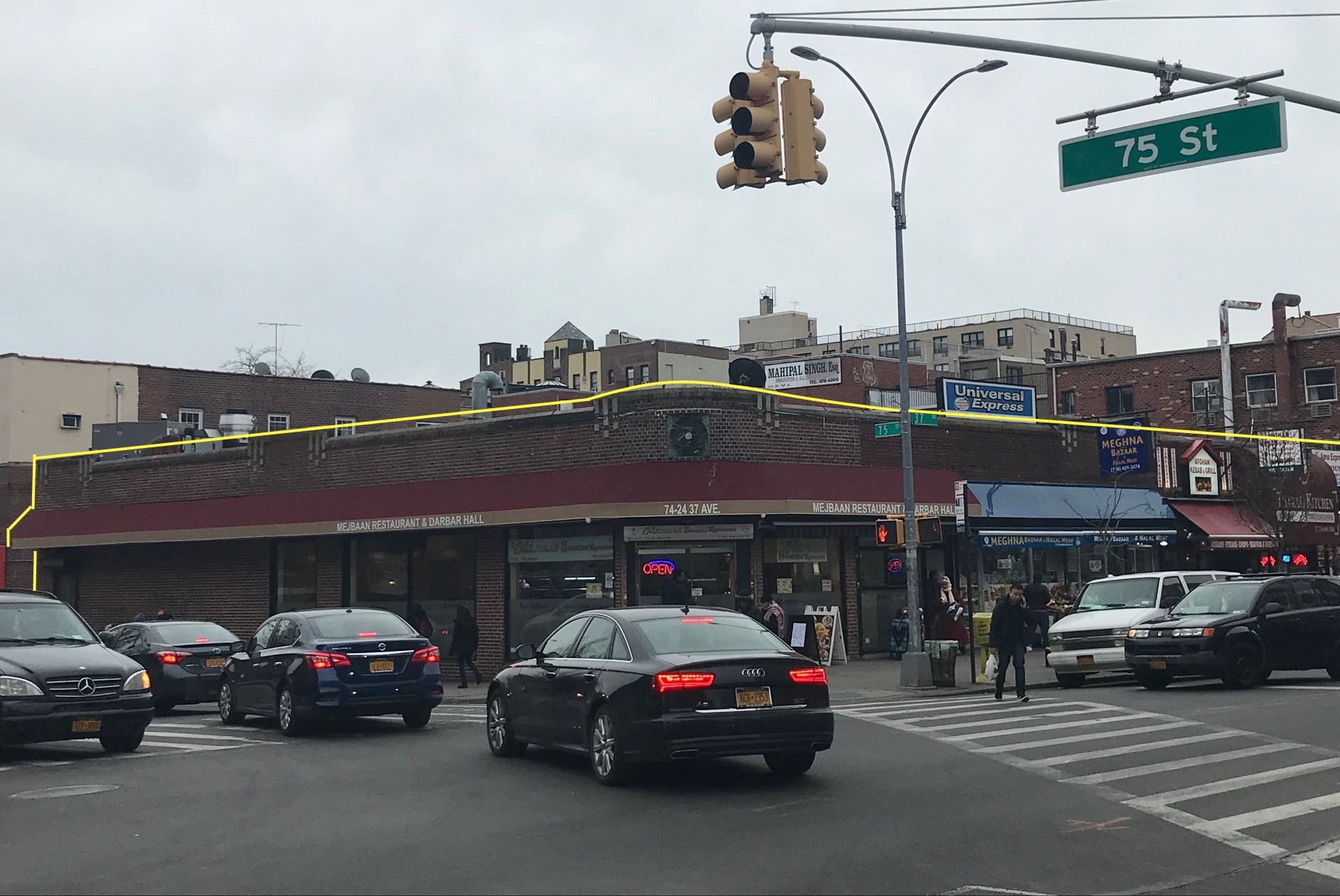 A single-story commercial building in Jackson Heights sold for $16 million last week, setting a new price-per-square foot record for the neighborhood and, possibly, raising the bar for would-be sellers.

Fazlur Khan, a Bangladeshi investor, purchased a 8,565 s/f building on the corner of 37th Avenue and 75th Street for $1,868 per built square foot. Retail tenants include a Bengali restaurant, a halal meat market, an Afghan grill, a Nepalese eatery and a discount home goods store.

Khan died during before the transaction closed, so the property now belongs to his estate.

Ami Efrati, whose brokerage, Entrepreneur Properties, represented the buyer, said the transaction price came as something of a surprise to him because the property would be difficult to redevelop and it carries a cap rate of slightly more than three percent.

“Normally, if someone is paying a three-cap or even a four-cap, they’re either redeveloping or they have a triple A tenant, a CVS or something similar,” he said. “You don’t have either of those things in this situation.”

Khan could add a story or two of apartments on top of the existing building to make use of its full, 34,000 s/f of development rights. However, Efrati said, on-site parking requirements would make that extremely costly and all of the tenants have multiple years remaining on their leases.

The seller, Chui King Yee, originally asked for $17 million, Efrati said, a sum that struck him as exceptionally high at the time. Despite increased interest in the area, Efrati said he expects this record sale to hold the top spot for a long time.

“I would be shocked, very surprised to see something trade for more than what we’ve traded this asset for,” he said. “In a sense, it’s going to make my life more difficult because it’s going to make the property owners in the surrounding area expect more when they go to sell.

“It’s gonna distort the values and make it more difficult to bridge the gap between buyers and sellers,” he said.

Mo Ibrahim of Entrepreneur Properties represented Khan. Dana Newton and Donovan Mackey based in Marcus & Millichap’s Philadelphia office teamed with Scott Plasky, a retail specialist based in the firm’s Manhattan office, to market the property on behalf of the seller.

Jackson Heights is among the densest and most populous neighborhoods in Queens, with more than 100,000 residents in less than half a square mile, as of the 2010 U.S. Census.

At last count, it had roughly the population of nearby Astoria and Sunnyside combined. It has become renowned for its substantial Latino and Southwest Asian population.

Unlike other parts of the borough, such as Long Island City, Jamaica and the Rockaways, Jackson Heights has not seen much in the way of new development because there is very little vacant land. However, thanks to reasonable prices—starting at less than $2,000 for a one-bedroom apartment—the area has become destination for young renters, Mdrn. broker Trevor Nasroodin said, adding that it’s also a hotbed for retail, particularly between 72nd and 82nd Streets along Roosevelt Avenue.

Located just one block from the 74th Street-Roosevelt Avenue subway station, 74-12 37th Street is in a position to capitalize on the area’s busy sidewalks, Nasroodin predicted.

“I would call that prime space,” he said. “They’re an avenue away from the train, if they could build, that would be great and it’s really high foot traffic.”

Available assets are hard to come by in Jackson Heights but with outlet stores for national brands such as GAP, Banana Republic and Sketchers and retail asking rents above $100 along some corridors, Rubin Isak of Eastern Consolidated said properties sold very often and when they do, they go quickly.

“I’m not surprised by that price,” Isak said of the $16 million sum paid for 74-12 37th Avenue. “We have lot of investors interested in specific locations in the area—Ditmars Boulevard in Astoria, 31st Street in Astoria, 82nd Street in Jackson Heights, Roosevelt Avenue in Jackson Heights—and in this area in particular, the turnover rate is so low that when something trades, you know it’s going to be for a premium.”